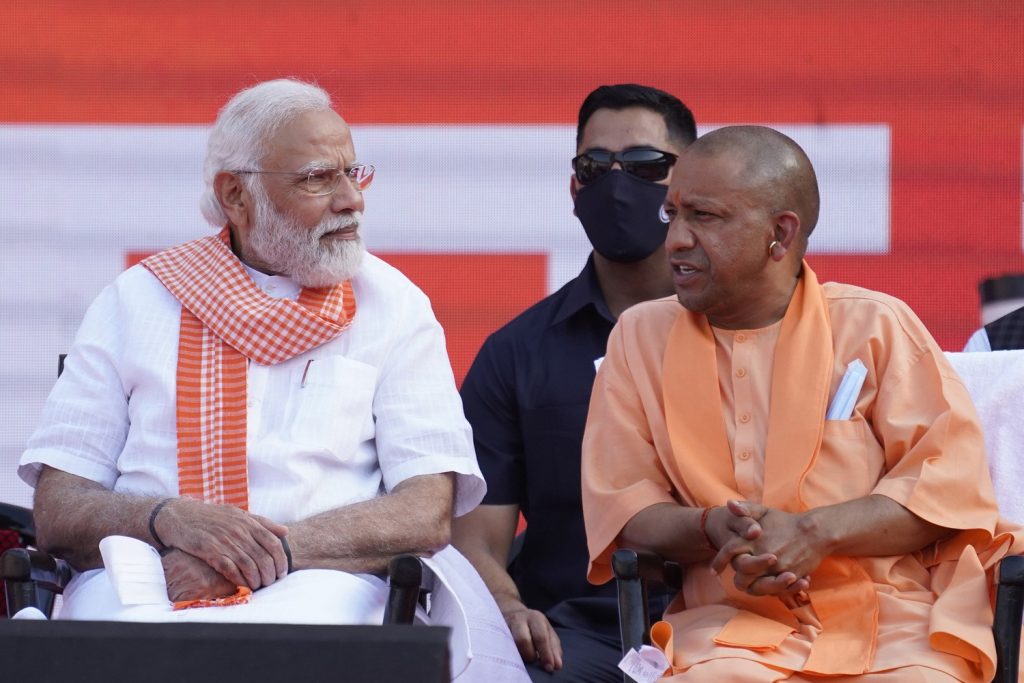 The Delhi police’s initial reluctance to book saffron activists for their hate speech against Muslims, and the centre’s certificate to the sedition laws before the Supreme Court, are typical signs of authoritarianism. Left unchecked, such an official attitude is bound to pave the way for an intolerant, pro-Hindu state.

The only saving grace at the moment is the judiciary which is why the police have had to overturn their earlier clean chit to the hate-mongers and may even put some of them behind bars. The verdict on the sedition case is still awaited. But there is little doubt that the government will fight tooth-and-nail to retain it on the statute book, given its utility in harassing critics.

What these developments show, however, is the thin line on which the nation is walking to safeguard its democracy. There is little doubt that any misstep will usher in a totalitarian regime. The danger is all the greater because apart from the judiciary, there are virtually no bulwarks against a steep descent into autocracy.

While parties such as the Trinamool Congress, the DMK, the Congress, the CPI(M), the Rashtriya Janata Dal (RJD) and the Aam Admi Party (AAP) are likely to resist the authoritarian trends, there are others like the Janata Dal (United), the Biju Janata Dal and the YSR Congress which will tamely go along with the BJP.

The Telangana Rashtra Samithi is threatening to take on the BJP, but it is a lone ranger. Moreover, its past bonhomie with the BJP can raise doubts about its future plans.

Similarly, the Majlis-e-Ittehadul Muslimeen has been accused of being the BJP’s “B” team although its leader, Asaduddin Owaisi, has been sharply critical of the saffron party. But its Muslim background makes the “secular” parties ware of associating with it for fearing of alienating the Hindu voters. The ghost of Jinnah still haunts the Indian political scene.

That leaves few credible challengers to the BJP, leaving it an open field. Besides, the challengers themselves do not always inspire confidence because of their many flaws. Mamata Banerjee, for instance, lacks sophistication. The DMK’s M.K. Stalin, too, is a provincial figure who can only speak Tamil. The CPI(M) is confined to Kerala, having frittered away its earlier strongholds in West Bengal and Tripura, and the RJD to Bihar.

The AAP at the moment appears capable of giving the BJP a run for its money in states outside the Hindi belt such as Gujarat. But the AAP’s ideology is woolly and its politics is marked by opportunism where taking a firm stand against the BJP’s minority-baiting is concerned.  As its pro-Hindu slogans suggest, the AAP is careful about its stance vis-à-vis the majority community.

Where the BJP is concerned, therefore, it appears to be well-placed on the road to a Hindu rashtra. Given the present political trends, the RSS can look forward with great elation to a successful celebrating of its centenary year in 2025. What seemed unattainable in the years of Nehru and Indira Gandhi is now apparently well within reach.

Against the backdrop of establishing a Hindu rashtra, the existing difficulties with regard to inflation and unemployment will appear minimal and even inconsequential. What will matter to the average Hindu is the possibility of achieving a dream where the minorities – Muslims and Christians – will be totally marginalized, being unable to exercise any influence in the fields of music and movies, as the Muslims have done for long, or in the fields of education and a westernized lifestyle which have been associated with the Christians.

It is not accidental, therefore, that there is a row over replacing English with Hindi as the link language and an attempt is being made to drown out the sound of the azaan – the Muslim liturgy of prayers – with loud chants of Hindu religious invocations. It is also not accidental that bulldozers are being deployed to destroy the supposedly illegal shops and establishments of the Muslims since these mechanical monsters tend to create fear among the bystanders.

The hesitancy shown by the Delhi police to act against the hate-mongers till the judiciary intervened is not seen in the audio-visual media which is full of saffron bloggers and anchors. They rarely lose an opportunity to praise the ruling dispensation and criticize its opponents. Not since the Emergency have such large sections of the media been so subservient except for a few notable exceptions. Whether it is the police or the bureaucracy or the media, therefore, authoritarianism is rampant.  (IPA Service)