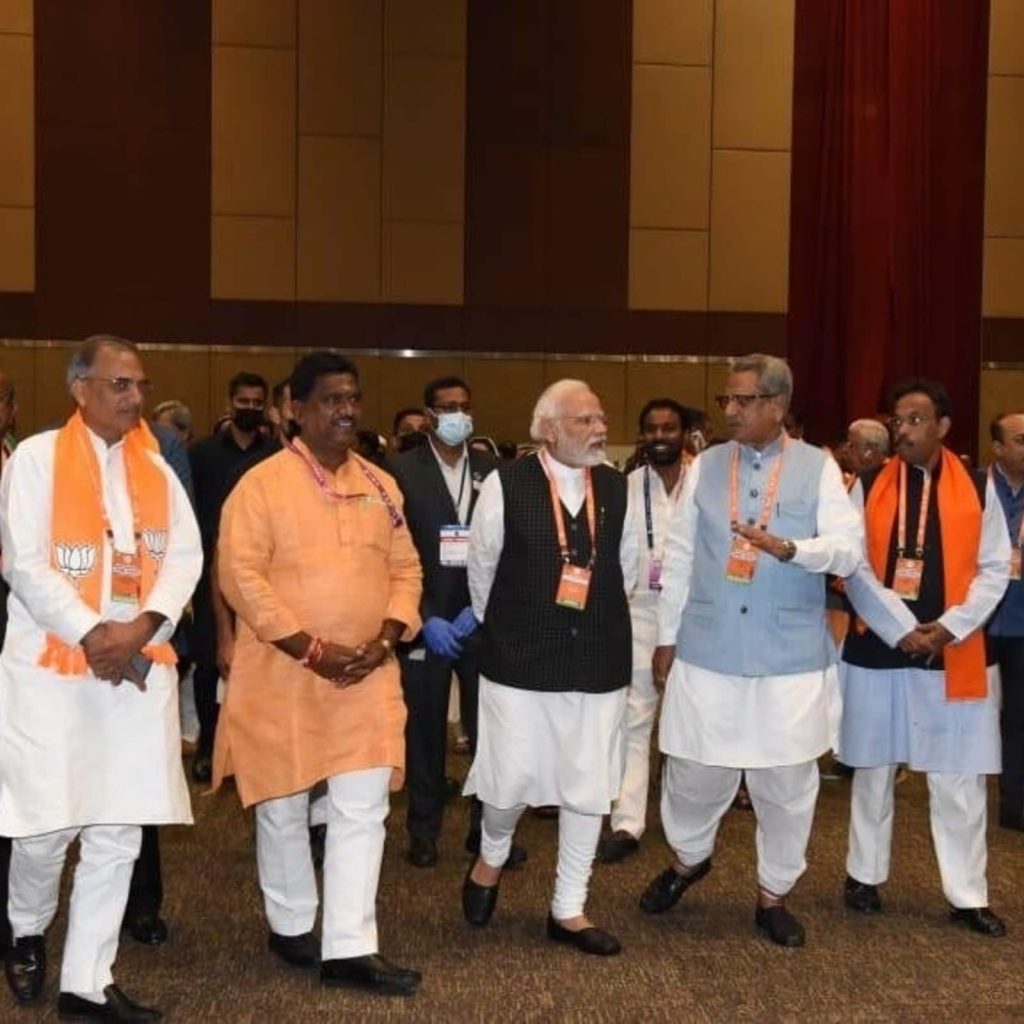 LUCKNOW: Enthused by the success in Azamgarh and Rampur Lok Sabha by polls, BJP is now making serious attempt to make dent in Yadav and Muslim support base of Samajwadi Party.

It would be worth mentioning here that during last three polls, BJP concentrated in mobilisation of non-Yadav and non-core voters of Mayawati and achieved success.

With the victory of Dinesh Lal Yadav Niraua in Azamgarh and Ghanshyam Lodhi in predominantly Muslim district Rampur the BJP has been motivated to make inroads in support base of main opposition Samajwadi Party, in Uttar Pradesh. UP has 80 seats in Lok Sabha.

Much significance is being attached to PM Narendra Modi’s virtual meeting with Yadav community leaders Meherban ka Purwa on the occasion of 10th death anniversary of Choudhry Harmohan Yadav who was a very respected leader of his community and President of All India Yadav Mahasabha and also  a great support to Samajwadi Party founder Mulayam Singh Yadav.

Now BJP is promoting young Mohit Yadav to counter Akhilesh Yadav and enlarge the support of the party in UP in particular and country in general. The posters of PM Narendra Modi and Harmohan Yadav and grandson Mohit we’re sent all over the country.

How family of Harmohan Yadav and Shivpal Yadav estranged uncle of Samajwadi Party President Akhilesh Yadav help BJP in winning support from the powerful Yadav community is to be seen at the time of forthcoming polls only.

During last assembly polls, BJP gave tickets to Yadav leaders and those won the elections were accommodated in Yogi Adityanath government.

Especially after PM Narendra Modi’s call to party cadre to reach out to Pasmanda muslims during his address at National executive at Telangana recently the party and sangh parivar are in action mode to draw road map to win over 75 per cent of the community which was neglected so far.

Party cadres have been asked to get in touch with pasmanda Muslims and how government welfare schemes are working in their interest. BJP leaders have also asked the cadres to arrange meetings of beneficiaries known as labharti and explain how their fortunes could change for better under the BJP regime.

Now it is to be seen how Samajwadi Party, BSP and Congress counter BJP move to woo pasmanda Muslims for crucial 2024 Lok Sabha polls. (IPA Service)