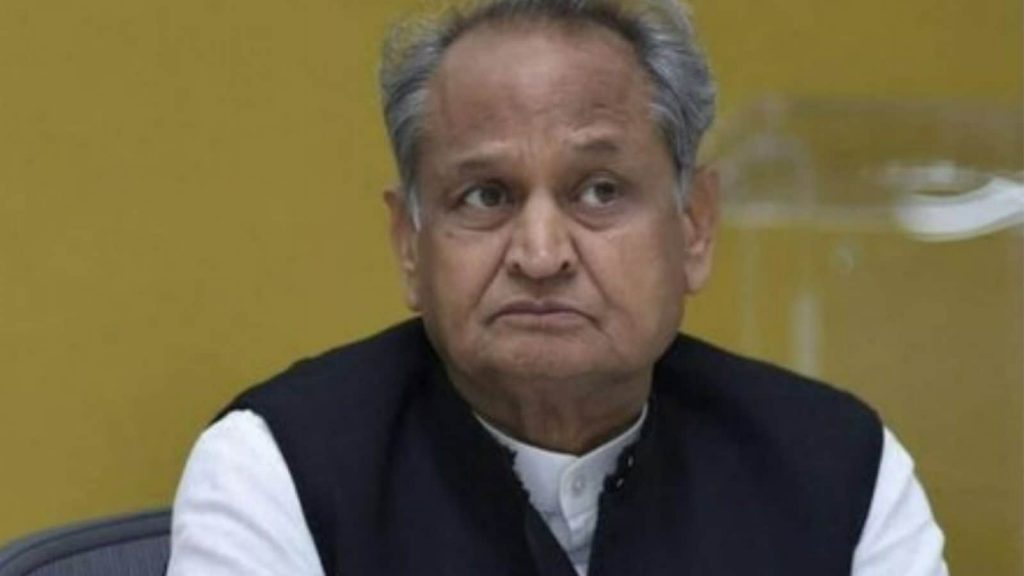 He said the BJP had pulled down governments using money power in Arunachal Pradesh, Karnataka, Madhya Pradesh and Chhattisgarh, and had unsuccessfully tried to unseat him as well in Rajasthan, an apparent reference to the turmoil when Gehlot was set to fight the Congress presidential polls.

He was speaking at a rally in Khedbrahma town of Sabarkantha district in Gujarat, where Assembly elections are due by the end of the year.

The Congress’ manifesto for the Assembly polls will be released by November 8, he added.

“The BJP’s acts are weakening democracy. They topple state governments and form their own government after buying MLAs. Using the money received through electoral bonds, they buy MLAs just like people buy goats from bakra mandis during Eid,” Gehlot said.

“The BJP first toppled the Congress government in Arunachal Pradesh and formed their own government. The same thing happened in Karnataka, Madhya Pradesh and Chhattisgarh. Each MLA was paid nearly Rs 35 crore. Though they tried to do the same in Rajasthan recently, they could not succeed because all MLAs remained united,” he claimed.

He also expressed anger at the recent defection of Khedbrahma Congress MLA Ashvin Kotval to the ruling BJP.

Before Khedbrahma, Gehlot and other senior Congress leaders addressed a rally in Virampur village in Banaskantha in north Gujarat.

During the Virampur rally, Gehlot said the Congress will announce its poll manifesto for Gujarat on November 8, adding that it will focus mainly on social security, such as free healthcare, education and employment.

“We will implement Rajasthan’s social security model in Gujarat. We provide Rs 10 lakh medical insurance to each family. We also run a free kitchen where anyone can get a meal for Rs 8. Instead of 100 days, we provide 125 days of employment under the MNREGA,” he said.