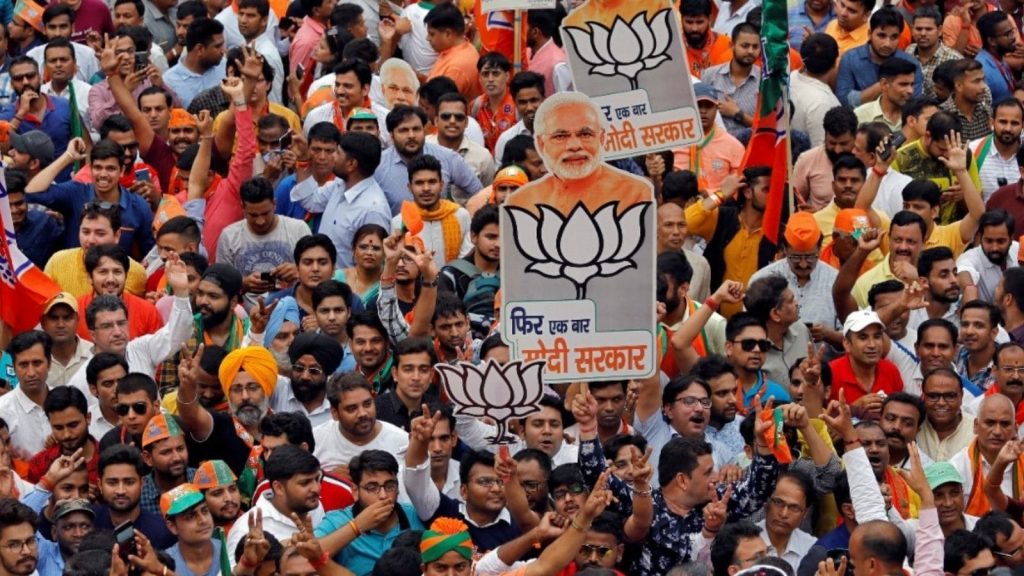 The last-minute entry of two media barons enjoying the BJP’s support has created hurdles for the Congress to get all its candidates elected to the Rajya Sabha while at the same time, the ruling party has kept caste equations in mind in distributing its tickets for the polls to the Upper House of Parliament. The ruling Bharatiya Janata Party (BJP) has announced 22 candidates for the Rajya Sabha polls, of whom more than half are OBCs and SCs, the two caste segments the party continuously reaches out to.

Though the party’s list of Rajya Sabha candidates includes the names of Union ministers Piyush Goyal and Nirmala Sitharaman, some other prominent names such as that of minister Mukhtar Abbas Naqvi and senior leaders Vinay Sahasrabuddhe and OP Mathur are missing. Senior BJP leader and former cabinet minister Prakash Javadekar’s name was earlier wrongly mentioned among those missing from the list. His current Rajya Sabha tenure is till 2024.

The saffron party has fielded eight candidates from Uttar Pradesh, three each from Maharashtra and Karnataka, two each from Bihar and Madhya Pradesh, and one each from Rajasthan, Uttarakhand, Jharkhand and Haryana. It will support two Independent candidates — Subhash Chandra from Rajasthan and Kartikeya Sharma from Haryana. In both states, the BJP has additional votes.

The Jannayak Janata Party (JJP), a BJP ally in Haryana, has also announced its support to the candidature of Sharma, who is expected to get nine additional votes of the saffron party, 10 of the JJP and then there are eight independents who are supporting the BJP-JJP government in the state. Similarly, there are 30 additional votes with the BJP in Rajasthan, where a candidate needs 41 votes to get elected to the Rajya Sabha.

Chandra met former Rajasthan chief minister Vasundhara Raje in the Assembly lobby earlier in the day. His tenure as a Rajya Sabha MP from Haryana will end on August 1. The election for 57 Rajya Sabha seats across several states will be held on June 10.