Bihar caste census begins as Nitish claims benefits to all 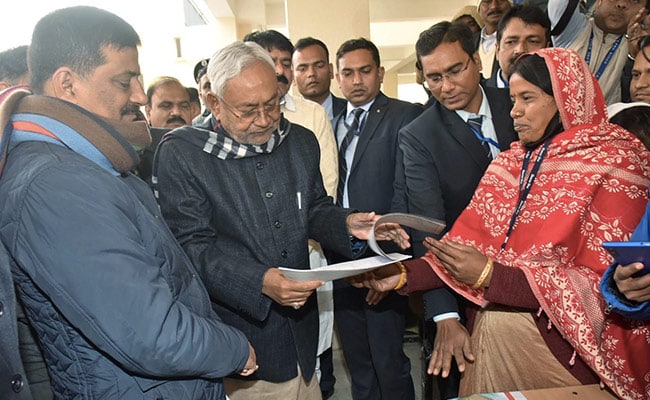 The caste-based census began in Bihar today. Asserting that caste-based census will benefit all sections of the society, Bihar Chief Minister Nitish Kumar on Friday said the purpose of the exercise is to carry out developmental work for the people who are deprived.

“The caste-based headcount will be beneficial for all… It will enable the government to work for the development of various sections of the society, including those who are deprived. After completion of the enumeration exercise…, the final report will be sent to Centre also,” Kumar said while interacting with reporters on the second day of his ‘Samadhan Yatra’ in Sheohar district.

“The exercise is basically ‘Jaati Aadharit Ganana’. People belonging to every religion and caste will be covered during the exercise. Proper training has been imparted to officials who are involved in the process of conducting the caste-based headcount,” Kumar said.

The enumeration exercise will start in the state from Saturday. The government will conduct the exercise in two stages. In the first phase, which will be over by January 21, the number of all households in the state will be counted.

In the second, starting from March, data pertaining to people of all castes, sub-castes and religions will be collected. Enumerators, whose training began on December 15, will also record information about the financial status of all people.

Caste-based count has been a major issue in Bihar politics, with Nitish Kumar’s JD(U) and all constituents of the ‘Mahagathbandhan’ long been demanding that the exercise be undertaken at the earliest. The Congress-led UPA government at the Centre had agreed to conduct the exercise at the national level in 2010, but the data collected during the census were never processed.

The state government embarked on the exercise in the wake of the Centre expressing its inability to undertake caste-based enumeration other than the SCs and STs. It has been the contention of Nitish Kumar, himself an OBC, and the RJD, which emerged in the thick of the Mandal era, a fresh estimate of various social groups was essential since the last caste census held in 1931.