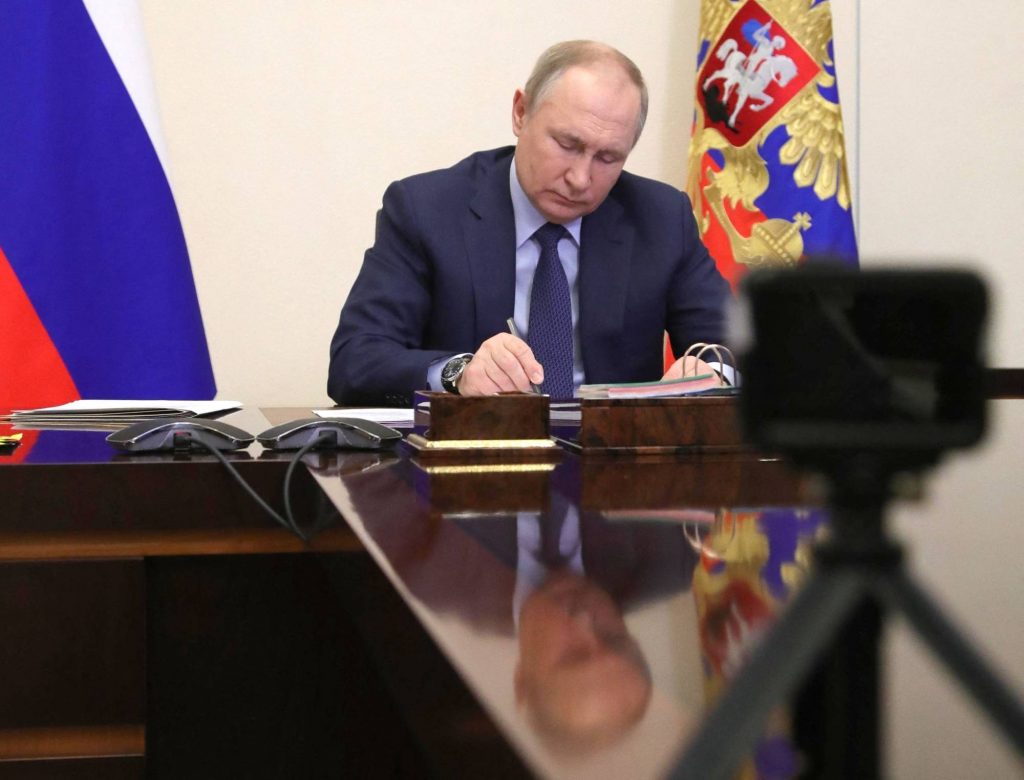 US President Joe Biden seems to have fouled up his game plan and unwittingly given some Belgian chocolate to Russian president Vladimir Putin for whom a perfect tornado has been forming up.

Perhaps moved by seeing first hand the plight of Ukrainian refugees in the stadium in Poland where Biden addressed and heard them out, he off the cuff made the remark “For God’s sake, this man cannot remain in power”.

What he blurted out could have been the remnants of his early days in politics. He was elected to the US legislator on anti-Vietnam sentiments.

Impetuosity could be dangerous at high places. For a person of the sagacity of Joe Biden, who is in public life for as long as anyone can remember, such an outburst of emotion is exceptional. He must have been rather moved by what he was seeing around. But then, what is slipping out of mouth have some costs for all.

Before the words were out of his mouth, it was realised this was the biggest mistake. The American president’s remarks would be the best weapon for the beleaguered Russian president to peddle before the ordinary citizen to whip up sentiments in his favour. The way the war was drifting, it could not have added to Putin’s prestige and image before the ordinary Russian.

It is estimated that Russia has lost some 15,000 soldiers in the Ukraine campaign in just a month. Compared to that, that many soldiers were not  dead in the whole Afghan campaign of close to a decade.

The arrival of body bags with dead soldiers is the biggest worry and the Russians have not been even picking up their dead. These stories were doing the rounds and kith and kins of Russian soldiers in Ukraine have reportedly been calling up enemy helplines to locate their own boys.

Tsar Nicholas II had to abdicate as the Russian war in 1914 had turned sour and Russian dead had mounted. There was a regime change after the disastrous Afghan campaign and those in power were quickly removed.

The top brass of Russian military have been already reportedly been missing. The General who was the supreme charge of the military has not been seen or heard for couple of weeks now, though some recorded messages have been played.

Clearly things have been hotting up for the Russian president as the war is going astray with horrendous costs. In the midst of that hot cauldron, the US presidential unscripted remarks could be a life line.

Moscow spin doctors would now sell that the Ukraine war was a ploy for removing president Putin from power by the west and America. They were seeking to remove Putin and “destroy” Russia. In anticipation of its implication, several western allies of US, who until now, were sticking fast, have distanced them from the remark. White House has also worked overtime since then, to say this was misery of president Biden’s human responses in the midst of the misery of uprooted people.

The US president has already given a mouthful of castigations against president Putin. In various meetings and off the cuff remarks he has called Putin a “Butcher”, a “Thug”, a “War Criminal” and a “murderous dictator”.

After such a volley of personal insults to the Russian president, it would be impossible for the US president and his Russian counterpart to hold normal conversation. This could have serious implications for world peace.

An open line of communications between the top leaders of two biggest nuclear powers is an imperative to avoid missteps which could result in total disaster.

Senior commanders of the US military are already saying that it has become impossible to talk to their Russian counterparts over hotlines. Earlier, it was a matter of routine that top commanders would talk whoever they wanted to win an hour’s time at most.

Now the Russian counterparts have become unavailable. This could not have happened without specific directions from the very  top, they fear.

But then, there could be some irony as well. There are no final words. Consider this, Ronald Reagan had stridently called out to Mikhail Gorbachov, the then Russian president, to tear down the hideous Berlin Wall. At that time, it sounded over ambitious and somewhat impossible.

One of the ironies of recent history would remain that it was Mikhail Gorbachov who agreed to the re-unification of Germany and pulling down the Berlin Wall. Without Gorbachov giving the green signal, that division of central Europe could never have been wiped out in living memory. The old conundrum pops up: Do individuals create history and shape its course, or history inevitably determines the directions, individuals only happen to be there.

There is no doubt that Putin’s Ukraine war is hopelessly misconceived. Vladimir Putin will have to pay a price for his bad judgment, occasional respites apart. Only question is how soon and at what more price. (IPA Service)