Biden At The Shaky Helm Of An America At Crossroads 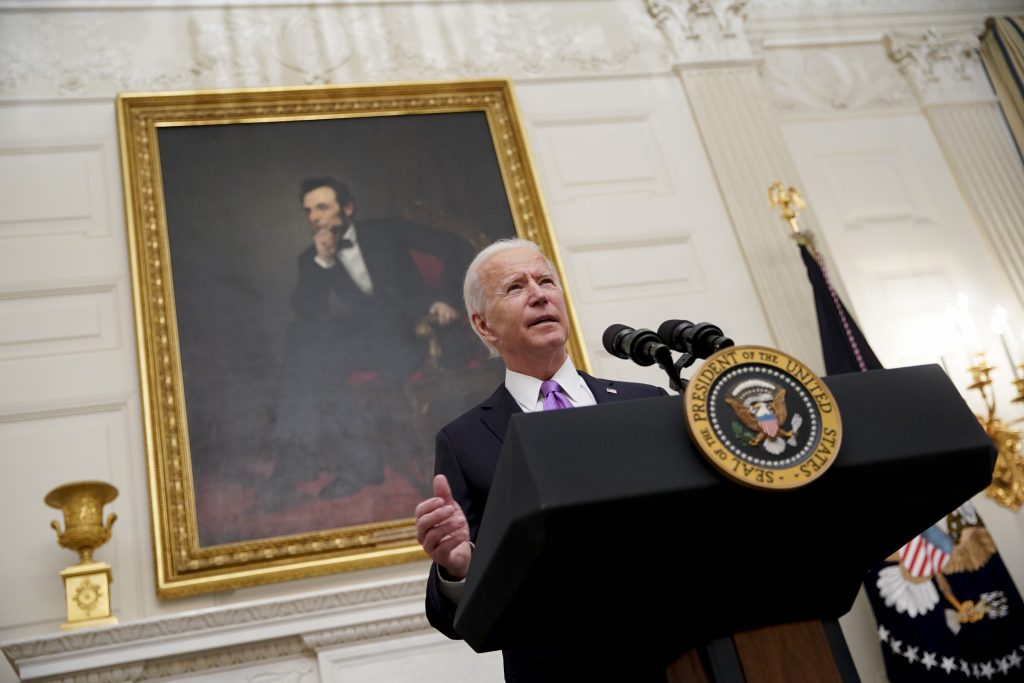 BOSTON: 2022. This is a year which might signal the way American politics is going — towards the virtual dictatorship of a right wing cult leader, or a renewed liberal bourgeoisie democracy.

The House select committee of the US Congress is thoroughly investigating the Jan 6, 2021 attack by Trump supporters on the US Capitol; while the Republican party, almost completely overtaken by Donald Trump, is mounting slanderous attacks on President Biden and the democrats on all front, especially on the economic issues, the inflation and price rise of gas (petrol) and essential commodities.

The anti-vax and anti-mask movement, led by the governors of the red states (where republicans are in majority in Congress), is still holding ground among a sizeable number of people despite the fact that the total no of Covid-19 deaths in the USA surpassed 9 million and the death rate is much higher in the red states, where the Republicans outnumber the Democrats in the legislative assemblies, where they passed stringent anti-abortion laws; and in some states like Texas and Florida, completely making abortion illegal. In those states they have also passed laws suppressing and restricting fair and universal voting, which will debar a vast no of minority communities like the blacks, Latinos and the Asians from voting. In the Supreme Court, where most of the judges are actually partisans and Republican appointees, the balance tilt to the Republicans to have a majority of 6-3 in a nine-member court; the federal government’s appeals against those discriminatory laws have lost in most of the cases.

The Democrats and the White House are trying to handle the chaotic situation at their behest; but still now they have not managed to pass the Voting Rights Bill nor the Build Back Better Bill, which are very important to the cause of democracy, due to the opposition of two of their senate members — senators Joe Munchin and Kyrsten Sinema. It’s a chamber where the Democrats are held in a 50-50 tie and where they can only win by a casting vote of the chairperson of the senate, i.e., Vice President Kamala Harris, in this case.

The midterm election of the House will be held along with some senate seats. The Republican senators are united in stalling any proposal/bill from the White House/Congress, no matter how significant it is for the American people. They are determined, as a political ploy, to block any process in the senate, like the withdrawal of filibuster on issues that might help the Democrats in politics even at the cost of public interest. They are waging the war of attrition.

The Democrats are probably thinking that before the Nov election of 2022, the Select Committee of the House will be able to indict Donald Trump and his associates, including some Congress members of the House and the Senate, on the basis of enquiries and findings about their roles and attempts to overturn the result of the presidential election of 2020, especially, the Jan 6, 2021 insurrection/attack on the Capitol. Trump is also being investigated in Georgia, Atlanta for election-related offenses. The most serious investigation against Donald Trump is occurring in New York, by state’s Attorney General Letitia James, which among other things are directly looking into Trump organization’s financial dealings. All these salvos together might prove to be detrimental to Trump’s prospect for running in the presidential elections of 2024. But that will not deter the Republicans’ effort to grab the power of governance in any way. They will desperately try to win by hook or by crook. Trumpism has already outlived Trump in the USA.

Republicans are not bound lay any political philosophy any more. They are bound by the sole idea of white supremacy and racial hatred against the minorities, especially the blacks who were their slaves a few centuries ago, and the immigrants like the Latinos and the Asians. They deliberately ignore the fact that the whites were also immigrants in America. The long-brewed fear that the white people will ultimately become minority in near future made them very insecure, angry and desperate to hold on to power at any cost. Trump utilised those hatred, fear and insecurity among a sizeable portion of white population, many of whom are undereducated and rural people, in his political quest to win the presidency in 2016.Along with it, he mixed a strain of very conservative evangelical Christian beliefs to make the bond harder and succeed. He is not the starter of this movement, rather a shrewd cultivator of pre-existing sentiments to spearhead a reactionary movement which ultimately culminated into a cult. So Trump might fade away but Trumpism will persist.

I experienced racial hatred myself while taking a cup of coffee at the local Starbucks. My granddaughter, a senior high-school student, working part time at Market Basket, faced racial slurs from customers, all white, several times recently. They hurled abuses at her saying that she should leave immediately and go back to her own country. Though the authorities took stern actions against the harassment immediately, the hurt still remains deep in the heart of my kid. Recently, my immediate neighbour put up a “Black Lives Matter” placard in his front yard. The next day his immediate neighbour, hoisted a confederate flag and displayed the “I love Trump” banner in his courtyard. The racists, the neo-fascists have become emboldened by Trump brand of naked racism as politics and the Republicans have been egging them on. Last week, there was an anti-vax demonstration by a group of “Proud Boys” in front of Mass General Bingham Hospital in Boston, flashing guns, displaying confederate flags and the Nazi “swastika” signs, shouting racist slogans.

While the Republican are unhinged with their hate machine politics amplified a thousand fold by news media outlets such as Fox News and social media platforms like Facebook, the Democrats on the other hand, area loose coalition under the single banner of the party. Democrats are a divided house, having many shades of ideological and political thoughts, with liberals, centrists, rightwingers with big corporates on their back, as well as the progressives led by Bernie Sanders, Elizabeth Warren and their followers like A.O.C., Ilhan Omar and Pramila Jaipal. Biden, though centrist, has adopted some of the progressive agenda after he won the presidency. But unfortunately, he has had to drop many of the items on the agenda and promises he made due to the ongoing squabble inside the party, as well as the stubborn opposition from the Republicans in the senate, where the Democrats have only an ice-thin majority. Trying to pass the bills in a bipartisan way, Biden has failed on many occasions, wasting some valuable time, and in the process, alienating the progressive wing of the party and many of his supporters. That’s why his ratings in the recent opinion polls have declined.

At present there is a possibility that the Republican might get a majority in the House and also could flip a few seats in the senate. History also indicates that the ruling party loses in the midterm election of the House most of the times. If that happens, the Biden administration will be doomed, the government will be crippled seriously. The American political system will head a step forward towards autocracy. Even if Trump is indicted or convicted before that, little will change in the mindset of the Trump Republicans. Can Democrats and American people halt their progression and democracy win? Only future will tell. (IPA Service)

** The writer, a student leader in Calcutta in 1960s is living in USA for the last fifteen years.

Time For States To Balance Social And Industrial Development For Growth
Posting....