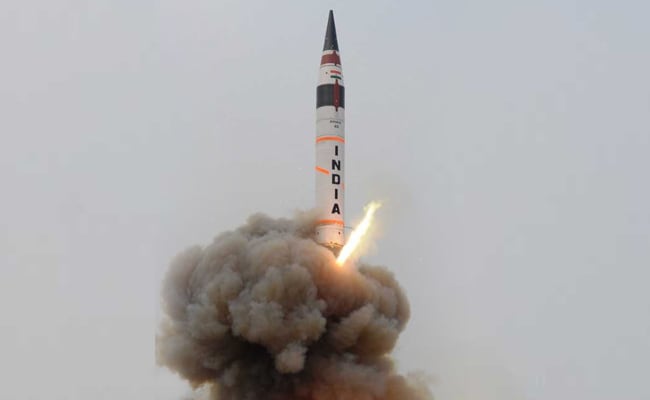 India has successfully carried out night trials of the Agni V nuclear-capable ballistic missile which can hit targets beyond 5,400 km, sources in the Defence Ministry said on Thursday, amid heightened tensions with China over clashes along the de facto border in Arunachal Pradesh last week.

The test was carried out to validate new technologies and equipment on the missile and has proved that the missile can now hit targets further away than before, they added.

The nuclear-capable ballistic missile was fired from Abdul Kalam Island, off the coast of Odisha. This is the ninth flight of the Agni V – a missile first tested in 2012 – and was a routine test, Defence Ministry sources said.

While the test was carried out days after the clashes, it had been planned earlier. India had announced its intention to test a long-range missile and issued a NOTAM or Notice to Airmen well before the incident in Arunachal’s Tawang.

With the incursion in Arunachal, China had tried to “unilaterally change the status quo” on the de facto border known as Line of Actual Control last week, triggering clashes that left troops on both sides injured, the government had said, adding that the attempt had been successfully repulsed.

The incident is thought to be the most serious on the nuclear-armed Asian giants’ disputed frontier since 2020 when 20 Indian troops and four Chinese soldiers died in brawling in Ladakh’s Galwan Valley.

China and India fought a full-scale war in 1962 over control of Arunachal Pradesh, which Beijing claims in its entirety and considers part of Tibet.

The clash in Tawang followed joint military exercises that irked Beijing last month between India and the United States in Uttarakhand, which borders China.