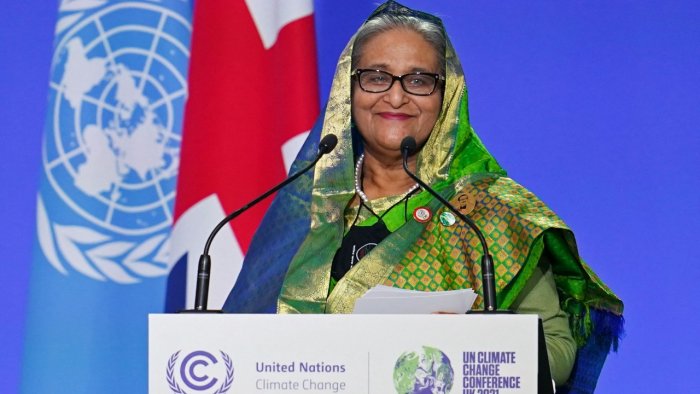 Bangladesh Prime Minister Sheikh Hasina’s   long-awaited visit to India beginning September 5 is unusually significant for a variety of reasons:  From all indications, the burden of expectations is more palpable within the ruling establishment in Dhaka than among Indian political leaders. During her three-day stay, Ms Hasina would meet Indian Prime Minister Mr, Narendra Modi and other top leaders/Ministers, while major bilateral official-level talks on various issues would be held.

There are a number of issues on which Bangladesh desperately seeks tangible concessions immediately from its bigger and most friendly regional neighbour. For the ruling Awami League (AL) these are critical times.  Post Ukraine war, Bangladesh is being buffeted by major economic crises and   even partial solutions are beyond its control.

At home, well entrenched groups/ forces linked to Islamic fundamentalism, aided by powerful pro-West international backers, also sense a political change in the offing. There has been a sharpening in their anti-Government rhetoric of late and after a long break, a resumption of opposition political activity.

While GOB (Government of Bangladesh) has firmly retained an overall control of    governance while functioning under great stress, signs of a negative siege mentality are apparent in the statements and functioning of some senior Ministers.  No wonder in the 51st year of its independence, Bangladesh counts on India, arguably its friendliest international ally, for critical help and support in the present situation.

Unarguable   evidence of the ruling AL’s urgency could be seen from recent comments made by Bangladesh foreign Minister Dr A.K. Abdul Momen. After his recent visit to India, a preparatory exercise prior to Mrs Hasina’s long-awaited trip, he went well beyond the limits of normal diplomatic restraint while talking about his mission. Dhaka mainstream press quoted him saying that he had strongly urged upon Indian leaders to ensure that Prime Minister Hasina remained in power at all costs, for the sake of greater peace, co-operation and economic progress of both countries.

His words caused a furore, with opposition leaders and Islamic hardliners calling for his dismissal and an immediate clarification from the Government. No one had given the present rulers of Bangladesh the right to surrender Bangladesh’s freedom to choose its own leaders and rulers — so went their argument. There was simply no need to involve India or any other country for that matter, to help Bangladeshis choose their own Government.

Dr Momen’s remarks, they argued, implied a virtual write-off of national independence, achieved after a massive sacrifice during the bloody struggle for freedom in 1971-72.

To date there has followed no official exposition from the GOB on Momen’s sensational disclosure. While his unorthodox behaviour in breaching normal diplomatic protocol when dealing with delicate foreign policy matters was open to question, it nevertheless has sent a strong political message to India.

Circles in Dhaka familiar with the ways of the GOB have suggested there was no way that Dr Momen would have spoken in the manner he did, without prior knowledge   and approval of Bangladesh’s supreme leader, Prime Minister Hasina.  In its own way, his remarks have defined the contextual parameters of the bi lateral negotiations that would follow.

Analysts said Dhaka’s appeal for help should not be misconstrued as a desperate SOS from a   politically supplicant neighbour. Bangladesh is not looking for the sort of help that, to give an example from the S. Asian region itself, Sri Lanka is seeking from India following its economic bankruptcy. As said before, GOB remains in control   showing no signs of the kind of   churning that parties ruling Sri Lanka went through.

That said, existential dangers inherent in the present situation faced by South Asian nations, including India and Bangladesh could not be ignored. That is the crux of Dr Momen’s appeal to India. The South Asian crisis, post Ukraine war, did not end with Sri Lanka’s dramatic collapse and the political turmoil that engulfed the island later. While economically Bangladesh and India are in slightly better position, the same cannot be said of Pakistan with its 220 million population, or of Nepal.

Clearly it was time for a more effective, larger regional leadership to ensure short as well as long term political stability in South Asia. Dr Momen, said Dhaka-based observers, obviously recognised that the major role belonged to India.   It was for the largest country, and the leading economy, to make diplomatically/bilaterally sure that political power in neighbouring Bangladesh did not pass into the hands of parties with dubious records of corruption and linkage with destructive extremist forces.   In this perspective, what happened in Bangladesh was also important to India, while dealing with the region’s future in the near term.

Given this background, it is clear that the ruling AL, seen as the party most friendly to Indian interests in Bangladesh expects tangible help from the NDA Government. Concessions on Teesta River water sharing issue would be important, as Bangladesh has waited patiently for nearly a decade for India to take a final stand and allow Bangladesh to draw its share of   downstream water from an international river.

Alternately, the elements of a long-awaited water sharing arrangement including all 54 jointly shared rivers could be discussed and finalised.

No less important would be the arrangement of immediate   power supplies from India to Bangladesh on an emergency basis, as load shedding for hours has badly hit life in most areas of Bangladesh, resulting in production losses, lay-offs and garments exports.

Further, Bangladesh would request India to discuss with Russia the possibility of working out an arrangement for an immediate supply of Russian oil at reduced rates. Already Rosneft is in consultation with GOB on the matter, Prime Minister Hasina is also keen to work out an official mechanism, as high prices for petrol and diesel have caused widespread distress among people and threatens the existence of MSMEs.

Dhaka may also request Delhi to tweak some provisions in the agreements already worked out between the two countries relating power sharing and related matters in its favour, to help improve matters in the short term.

There would also be a renewal of a request from Bangladesh to India to reduce cess/other duties on   more Bangladeshi export items, to bring about a more balanced trade earnings on both sides of the border. (IPA Service)