Bangladesh Is Looking Beyond China For More Economic Assistance 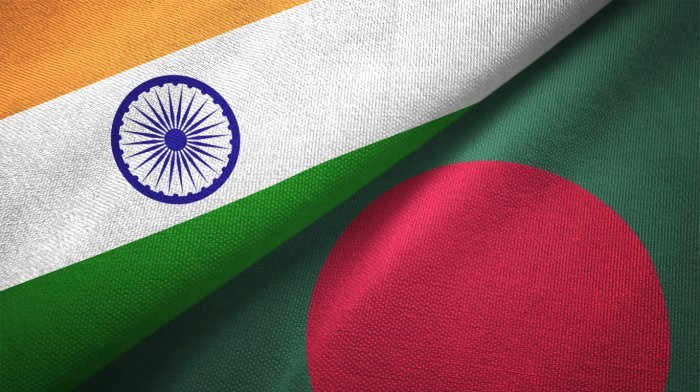 Bangladesh has not gone the way of 35 other low/middle income countries in the world that have run into debt traps, while accepting funds for China-sponsored development projects. Unlike other governments, Bangladesh authorities have not shrunk from scrapping major Chinese road/rail infra projects on grounds of apparently inflated costs and corruption in recent times.

The world respects a show of independence. What is surprising is that such a confident assertion of sovereignty in decision-making has not impacted present warm relations between Beijing and Dhaka. In fact China has stolen a big march over India in terms of befriending or influencing regional neighbours , with special reference to Bangladesh.

In the complex Sino-Bangladesh bilateral relationship, occasional glitches affecting both countries have occurred. As with other countries, the ongoing implementation of major infra projects in various stages of construction in Bangladesh under the ambitious Chinese Belt and Road Initiative (BRI) continues to generate much acrimony at home.

In most regions, there have been strong local objections/concerns from various development agencies/HR groups against Beijing-aided projects chiefly on grounds of environmental degradation, financial irregularities, and outright financial corruption.

Unlike what happened with Sri Lanka or Pakistan, the Awami League government headed by Prime Minister Sheikh Hasina took serious note of apparently Sino-phobic reservations expressed by experts and various institutions. If Dhaka-based authorities were convinced about the questionable nature of the gravamen involved in specific project-related agreements, involving contentious financial terms and other issues, they immediately re-checked the details and the small print again. Only then Bangladesh officially announced its objections to the implementation of even ongoing projects. .

As a result, work on two major Railway infra projects — the laying of a new upgraded 110 mile long BG line linking Akhaura (Tripura) with Sylhet (Bangladesh) and the linkage between Jaidevpur (India) and Ishwardi (Bangladesh) — came to a halt recently. In both cases Bangladesh authorities insisted on a major reduction in implementation costs as decided at first.

For the Akhaura-Sylhet line, Dhaka pressed for a reduction in overall project cost by $470 million , as against the agreed estimate of $1.8 billion. A similar cut was proposed for the other project as well.

Chinese firms appointed to oversee construction then announced a pullout, suggesting that they found it difficult to proceed with the work under the new terms.

Unfazed over the walkout, Bangladesh Railway officials are now re- negotiating the completion of both projects — this time seeking financial help from Japan.

Bangladeshi media have been regularly reporting that there were areas in certain Sino-Bangla bilateral financial arrangements where economists found grounds for objections. Further, people were annoyed that because of the opaque nature of some provisions in such cases, running projects would be further delayed. The two cited railway projects were not the only examples.

From Myanmar to Pakistan to Sri Lanka, most Chinese-aided projects have been stalled for long periods, which added to running costs, compounding the troubles of already hard pressed recipient governments.

Six years on, it turns out that so far $7 billion have been invested on 9 of the projects announced. This works out to an average annual expenditure of a little over $1 billion. Given the size of the new aspirational class of educated youths and the strong middle class in Bangladesh, most people are not overwhelmed by pace or extent of such infra sector development as is happening now.

However it remains a puzzle for Indian policymakers that diplomatically China is still far ahead of India in terms of its overall regional clout and a growing acceptability among Bangladeshis. In an embarrassing contrast, Indian Prime Minister’s recent long awaited visits to Bangladesh, despite elaborate advance preparations made by the ruling Awami League Government ,have been badly marred by violent anti-India demonstrations on various issues !

Their mood was already bitter as Mr Modi had earlier called upon ‘illegal Bangladeshi migrants to pack their bags and run’ if the BJP came to power in Assam, while addressing public rallies.

Dhaka-based intellectuals maintain that given their better performance than India’s in achieving human resource development, there is no reason for Bangladeshis to enter India illegally. The Bangladeshi diaspora these days is more inclined to go the US, Canada and Europe instead.

Insensitive comments about their country made by India’s top leaders rankles among Bangladeshis, reviving the consistently anti-India political campaign run by the main opposition party the BNP and Islamic fundamentalists in the Jamat-e-Islami camp.

And the proverbial last straw in the worsening diplomatic scenario came with GOI’s surprising reluctance to discipline the ruling Trinamool Congress Government headed by Mamata Banerjee in Bengal. As Bengal’s Chief Minister, she single –handedly and effectively disrupted the traditional cultural bonhomie that existed in Indo-Bangla bilateral relations by refusing to share the water of Teesta river, an international waterway, with Bangladesh! This had embarrassed then Prime Minister Dr Manmohan Singh no end in 2012.

But Mr Modi’s reluctance in present times to discipline Ms Banerjee by overruling the state’s concerns for the sake of greater regional peace and harmony , came as an ugly surprise in Dhaka — more so in the context of Mr Modi’s image as a no- nonsense iron man of politics, who rose from the masses .

As has been reported in these columns, the Chinese will also carry out a $300 million Teesta water revival project that will address most of Bangladeshi concerns about ensuring a regular flow in the river. Avoiding environmental damage/pollution and other problems will be prioritised. A strong new basis for developing adventure tourism, regional tourism, fisheries and irrigation schemes would be created.

This composite scheme comes as a win- win solution for both countries and their respective leaders! Dhaka will be enabled to protect the fundamental economic security of an estimated 20 million water-stressed people in its northern areas . As for the Chinese, their working personnel and ‘experts’ would now be permanently stationed within 20/30 kilometres of the narrow north Bengal chicken’s neck, India’s most vulnerable area in terms of regional security .

Again, while arguments and acrimony rage at lower levels between Dhaka and Beijing over smaller projects, it should be pointed out in June 2023,, the massive new 6 kilometre long Padma river bridge, being built at a cost of over $1.3 billion would be opened for rail and road traffic. This huge bridge, seen as an economic game changer in South Asia is being built by Chinese firms. In terms of expansion of regional road/rail traffic and cargo movements between India, Nepal and Bangladesh, the new bridge would be a key link indeed. The travelling time(road and rail) between Dhaka and Kolkata, two of the largest metropolises in south Asia , would be cut from around 8 hours at present to about 4 only !

Apparently China has played its diplomatic cards in Bangladesh better than India. Evidence of this comes in the Bangladesh mainstream media. Contributing Bangladesh experts stress that Dhaka must remain’ neutral’ between India and China, its bigger neighbours, in any big power rivalry. Earlier references to India, almost automatically mentioning it as the country friendliest to Bangladesh, are noticeably absent.