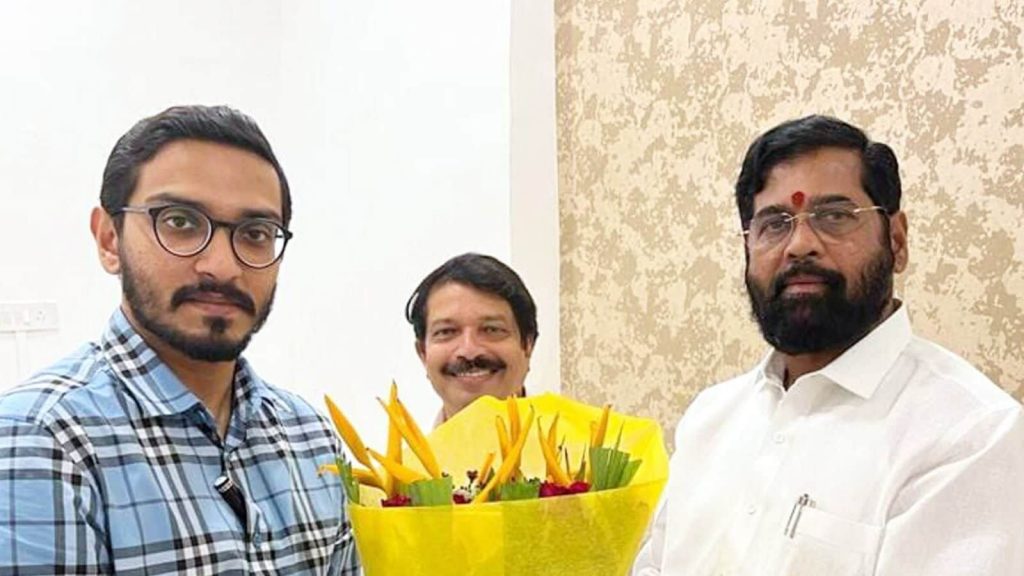 Nihar Thackeray, the grandson of Shiv Sena founder late Bal Thackeray, has said that he supports the Eknath Shinde faction of the party and is ready to campaign for the upcoming Andheri East Assembly byelection as well as the Mumbai civic body polls. He also did not rule out joining electoral politics.

The BJP, supported by the Shinde-led Shiv Sena faction, has fielded Murji Patel against the Shiv Sena Uddhav Balasaheb Thackeray party’s Rutuja Latke in the November 3 byelection. It will be the first major electoral contest in the state after Shinde’s rebellion brought down the previous Maharashtra government led by Uddhav Thackeray in June this year. Nihar, the son of Bindumadhav Thackeray, Bal Thackeray’s eldest son, is a lawyer by profession. He is also part of Chief Minister Shinde’s legal team in the battle in the Supreme Court over which is the ‘real’ Shiv Sena.

Shinde was taking forward the legacy of his late grandfather and hence he supported the chief minister, Nihar told PTI in an interview.

On Dussehra, when his uncle Uddhav Thackeray and cousin Aaditya addressed a rally at the Shivaji Park in Mumbai, Nihar Thackeray was on stage with Shinde, who addressed a separate rally at MMRDA ground in the state capital.

Uddhav’s elder brother Jaidev and Jaidev’s former wife Smita too shared the stage with Shinde, in an apparent attempt to send out a message that barring Uddhav and his son, the rest of the family supported Shinde.

Nihar declined to comment on the fissures in the family, but said Bal Thackeray was the glue that kept it together.

“With inputs from News18

Tension outside Andhra airport after protest against YSR party
Posting....