Bagga gets relief from HC hours after court warrant 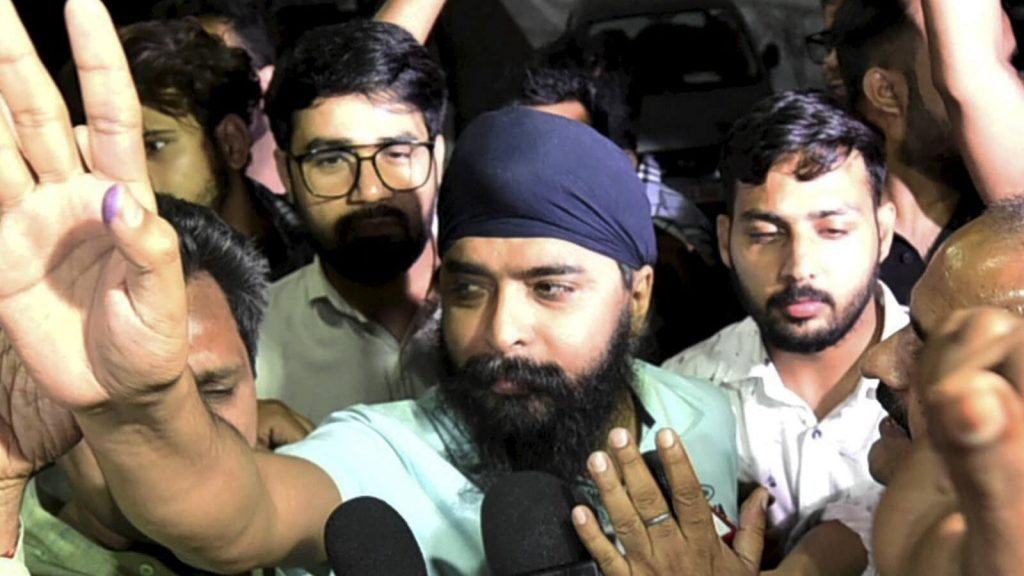 Delhi BJP leader Tajinder Singh Bagga got relief from the Punjab and Haryana High Court at a latenight hearing on Saturday. The court ordered that no coercive action should be taken against the BJYM leader till the next hearing on May 10. This order came hours after a Mohali court issued a new non-bailable warrant against him in connection with a case registered last month and directed Punjab Police to arrest and produce him before the court.

Meanwhile, a political slugfest between the AAP and the BJP escalated into protests as workers of the saffron party staged a protest outside the residence of Delhi Chief Minister and AAP convener Arvind Kejriwal.

“Whereas Tajinder Pal Singh Bagga, s/o Pritpal Singh, r/o B-1/170, Janak Puri New Delhi stands charged with the offence punishable U/Sec 153-A, 505, 505 (2), 506 IPC. You are hereby directed to arrest the said Tajinder Pal Singh Bagga and to produce him before me,” the judge said in the order. The next date for the case is May 23.

Back home in the early hours of Saturday, Bagga, surrounded by family members and friends at his Janakpuri residence, tore into the Aam Aadmi Party and Kejriwal over his arrest, accusing him of pursuing political vendetta through police in Punjab. “No matter if one or 100 FIRs are registered against me, I will keep raising issues of dishonouring of the Guru Granth Sahib and Kejriwal’s insult to Kashmiri Pandits,” he said, adding, “They (the AAP) are attacking me because I am raising my voice against the AAP and its chief Kejriwal.”

BJP leaders also demonstrated outside Kejriwal’s residence, calling him a “dictator”. The AAP accused the BJP and its governments of protecting its “goon” who incited riots in the border state Punjab.

Delhi BJP chief Adesh Gupta alleged that with Bagga’s arrest, it was clear that the AAP’s national convener had “misused” the Punjab Police for personal benefit. “Kejriwal is a dictator. What was Bagga’s crime? He just asked for Kejriwal’s clarification on his remarks on (The) Kashmir Files. He was not allowed to wear a turban during the arrest,” Gupta said, adding that the BJP will “not tolerate the insult to the turban”.