Azamgarh And Rampur By-Polls Are Very Crucial For Samajwadi Party 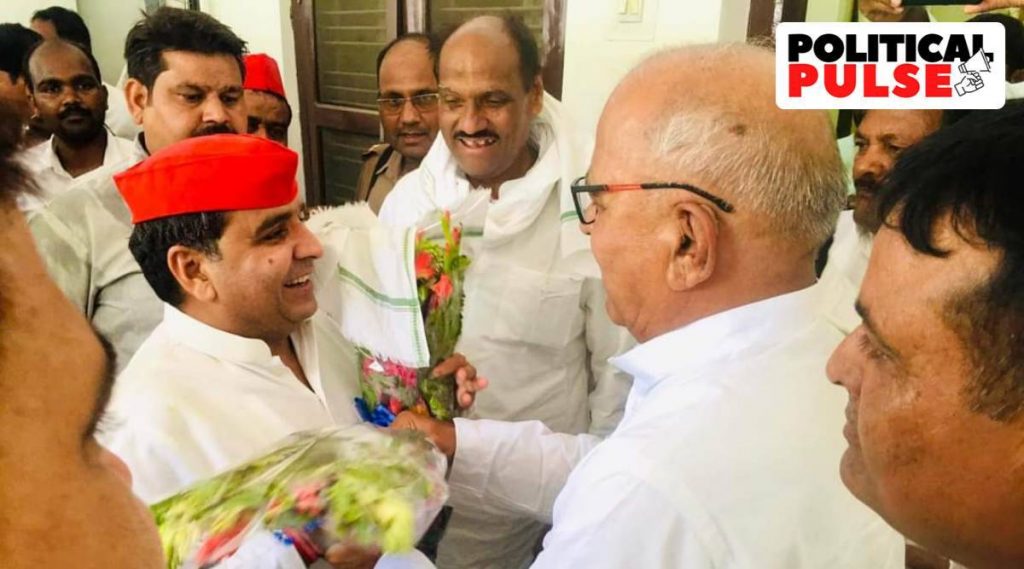 Significantly Chief Minister Yogi Adityanath, BSP national President Mayawati and Samajwadi Party president Akhilesh Yadav have staked their prestige in these by-elections. Azamgarh has always been stronghold of Samajwadi Party with good presence of Yadav community and Muslims and the combination of MY helped Yadav family for quite some time.

With the backing of prominent Muslim clerics, BSP is working on combination of dalits and Muslim to win the seat. It is worth mentioning here that BSP always avoids contesting by-elections but this time Mayawati’s decision has transformed  the election into triangular fight.

BJP has repeated it’s candidate Dinesh Lal Yadav who is known as popular Bhojpuri singer Nirahua who lost to Akhilesh Yadav in last election. Nirahua has support from prominent bhojpuri singers and actors who campaigned for him. Chief Minister Yogi Adityanath also addressed meetings for party candidate and promised the development of area and also announced that name of Azamgarh would also be changed.

It would be interesting to watch whether Samajwadi Party is able to retain its seat in a triangular fight with heavy presence of BJP and BSP candidates. Similarly Rampur is also very important for Samajwadi Party as it is considered to be strong hold of Mohd Azam Khan who won from here in last elections but resigned when he won assembly poll.

It may be noted that Mohd Azam khan faced more than 80 FIRs lodged against him in connection with acquisition of land for the construction of his university named after Mohd Ali Jauhar. Mohd Azam Khan who was lodged in Sitapur Jail was released on bail by Supreme Court.

Samajwadi Party gave free hand to Mohd Azam Khan to select candidate for Rampur by-election. Since the prestige of Mohd Azam khan and his family is at stake in this election BJP has mobilised all resources to help party candidate Ghanshyam Lodhi.

Significantly, Ghanshyam Lodhi had very close relations to Mohd Azam Khan and used to claim himself as Hanuman of SP leader. Chief Minister Yogi Adityanath has also taken Rampur by-election very seriously and addressed the meeting in which he launched attack on Mohd Azam Khan. At a time when Lok Sabha elections are scheduled for 2024, the results for these two by-elections are very important for Yogi Adityanath, Akhilesh Yadav and Mayawati. (IPA Service)