Azaan row travels down to Karnataka 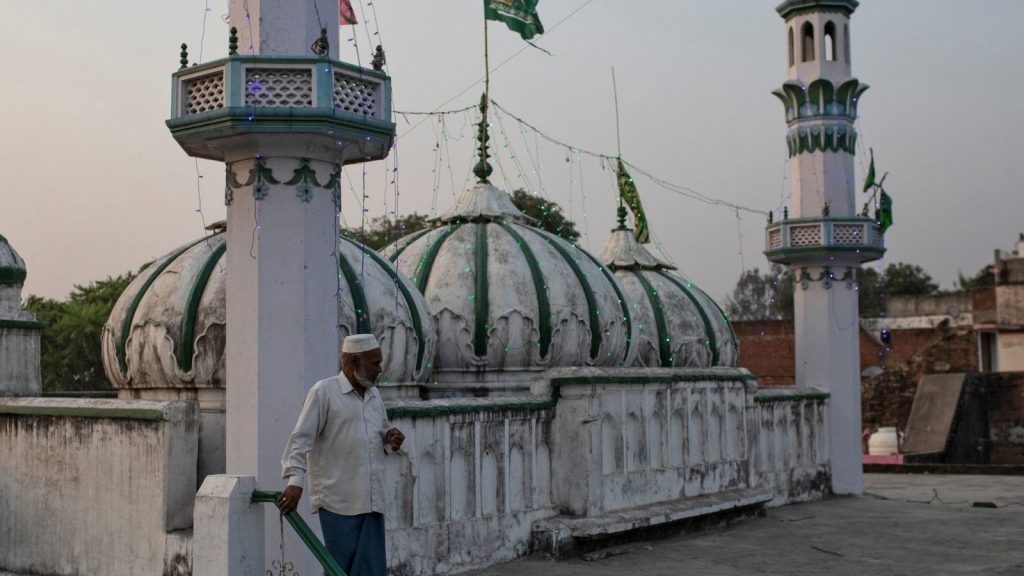 The row over Azaan playing out from loudspeakers in mosques is heating up as the issue has already reached down south to Karnataka, all the way from Maharashtra.

In Mumbai, after their chief Raj Thackeray demanded that this practice be discontinued, there are reports of MNS workers attempting to install loudspeakers playing Hanuman Chalisa at different locations. Top leaders of the MNS said this was not a planned strategy, but the activists were doing this at their own will. In Karnataka, meanwhile, minister Ashwath Narayan stressed on permissible decibel levels over the Azaan issue.

Narayan said, “…whatever is prescribed under law will be implemented. Whatever permissible decibel level is allowed under law, that should be followed.”

The Muslim community has long used loudspeakers to call for prayer, mimicking the ancient tradition of the a mosque official calling out to the public for ritual prayers.

Last week, MNS chief Raj Thackeray had demanded that loudspeakers in mosques should be shut down. “If this is not stopped, there will be speakers outside mosques playing Hanuman Chalisa at higher volume,” he had said in Mumbai.

Soon after Thackeray’s statement, the issue spiralled down to Karnataka, where a controversy is already brewing over halal meat and girl students wearing hijab to educational institutions. Some right-wing outfits and BJP leaders called for stopping the use of loudspeakers from mosques saying it was a “disturbance”.

Chief minister Basavaraj Bommai, however, said the Azaan issue will be addressed by taking everyone into confidence and not by force. Bommai told the media that there was a high court order regarding Azaan and there was another order asking as to why the first one had not been implemented.

The HC order even specified the sound decibel level, and installation of decibel meters at district level, he said. “It is a job which needs to be done by taking everyone into confidence, it is not a job to be done by force in any way,” the CM added.

This statement came after senior minister KS Eshwarappa said Muslim leaders should keep a check that speakers were limited to places of worship and did not “disturb” those in the neighbourhood. He had said there were complaints that Azaan disturbed students and patients in the morning hours. But, he said playing Hanuman Chalisa in return was not a competition, and that it might lead to communal conflict.

The opposition in Karnataka as well as the ruling alliance in Maharashtra have both objected to the demands by the MNS as well as other right-wing groups. Former Karnataka CM senior Congress leader Siddaramaiah accused the ruling BJP of raising communal issues for political gains with an eye on the assembly elections. He also targeted Bommai for his “silence” and being “weak”.

He said, “Speakers were installed in temples, mosques and churches for a long time now. What harm did it cause to people till now?” asked the opposition leader, adding, “is the chief minister so weak that he is unable to take action against those who are causing disturbances in the society?”

In Maharashtra, home minister Dilip Walse Patil countered the controversy by halting his speech in Pune’s Shirur area when the Muslim call for prayer was being made. A video of the incident went viral on social media platforms. His cabinet colleague Ajit Pawar had done something similar while speaking in Pune some time ago.

Speaking at another event, Walse Patil said there were several real issues such as petrol price hike, inflation, unemployment and the poor economic condition to discuss, but attempts were being made to create communal tension.

Lankan emergency off as govt sinks into deeper crisis
Posting....