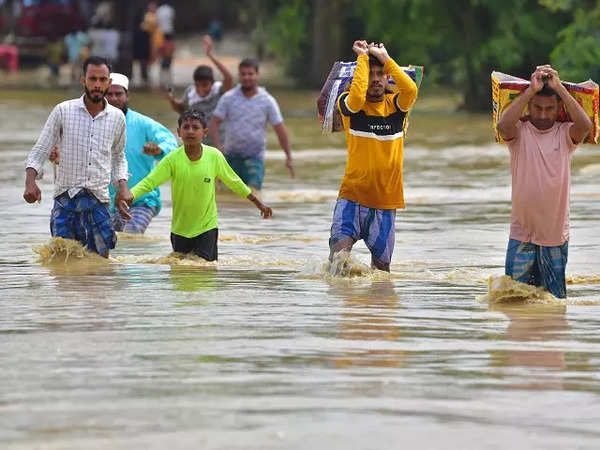 Newly-elected Australian Prime Minister Anthony Albanese is at the centre of public anger and jokes about him abound on Twitter. Apparently, he is not in the country when Sydney is witnessing severe flash floods and inundation. The situation in the entire North South Wales (NSW) is alarming with more than 50,000 people asked to evacuate. Incessant downpours and strong winds have left homes without electricity and highways submerged under water.

“If I’m Prime Minister, I won’t go missing when the going gets tough – or pose for the photos and then disappear when there’s a job to be done,” Australians have dug up one of his statements made during the election campaign and are asking if he can make the same statement once again.

A Twitter user elaborates the complaint with the hashtag #NotMyPM, “Albo splashing $100m on another country while Australians are struggling to buy food, homeless, NSW floods. The previous flood victims are still struggling.”

BBC’s Sydney correspondent Shaimaa Khalil says, “I’ve spent the day in south #Windsor – where residents have been told to evacuate – some were packing I leave, others are stuck, some are watching and waiting … everyone is exhausted …”

In India, the famous Amarnath Yatra was halted on Tuesday due to heavy rains in Pahalgam and along the Yatra track. The overnight spell of rain in many parts of the Kashmir valley has left the Srinagar-Sonamarg-Gumri road blocked due to a landslide.

Meanwhile, in the Manipur landslide tragedy, the death toll has increased to 48. The highlight of this landslide is that the debris has blocked the Ijei river, causing the water to rise on one side and creating dam-like storage of water. In the season of rains and floods like it’s right now, the dam-like structure can cause further devastation once the blockage is breached.

Besides, the death toll is nerve-wracking. Among those dead, at least 27 are personnel of the Territorial Army that was providing security to a railway line being built from Jiribum to Imphal. The exact spot of the landslide is in the Tupul area of Manipur’s Noney district. It’s believed that there were 79 people trapped in the debris of which 43 personnel were from the Territorial Army and at least 3 from the Railways.

Assam floods in which the death toll has increased to 180 have already been widely reported. Over 2 million people are directly affected by the Assam floods and people are facing an extreme shortage of daily needs items, clean drinking water, and medicines.

However, what makes Assam floods news at this hour is a new twist in the story. According to media reports, Assam police have arrested two persons – Mithu Hussain Laskar and Kabul Khan – for allegedly the embankment of the Barak river that caused the massive floods in Silchar. People on social media are now trying to establish a jihadi angle on the devastating floods in Assam!

Dealing with a natural calamity is not easy. Removing the debris of a landslide like the one at Tupul may in the present rainy condition take several days even with the best logistical support. Floods of the proportion that Assam has seen are much bigger challenges. Even for the NDRF or Armed Forces, these situations are hard to bring under control.

The official machinery which is often blamed for corruption and incompetence, however, stays put on ground zero and keeps the confidence of the people from completely giving up. In such situations, there are many moments of nervousness. In flood-prone areas when water levels cross the danger marks, some remote villagers breaking the embankment on the other side so that their village is spared the floods is a story often heard.

For the city folks, a flood is a different experience though! But let’s keep that for another day.

Right now, the flood situation in Bangladesh is as bad as it can be. At least 64 districts are severely affected by the floods and over 100 people have died, and millions are stranded in a month of flooding, so far.

In times like this when people are surrounded by water of dirty water and when all modes of communication are snapped, survival is a big challenge. Disaster management teams with outside support can do better but need to establish quick coordination with the local administration and officials.

That’s where the leadership that the Australian people are demanding comes into the picture. The Australian Prime Minister has made three overseas trips since he came to power six weeks ago. The first foreign trip to Tokyo for the Quad Security Meeting came within hours of swearing-in.

While most Indian leaders are great event managers but not all of them are good at disaster management. Amarnath Yatra, Assam floods and Manipur landslide are some of the big events right now that are keeping Indian disaster management experts on the edge. Let’s see how India fares!  (IPA Service)

Supreme Court Is Still To Give Its Final Decision On Electoral Bonds
Posting....