Arvind Kejriwal Beating Narendra Modi In His Own Game Of Sops 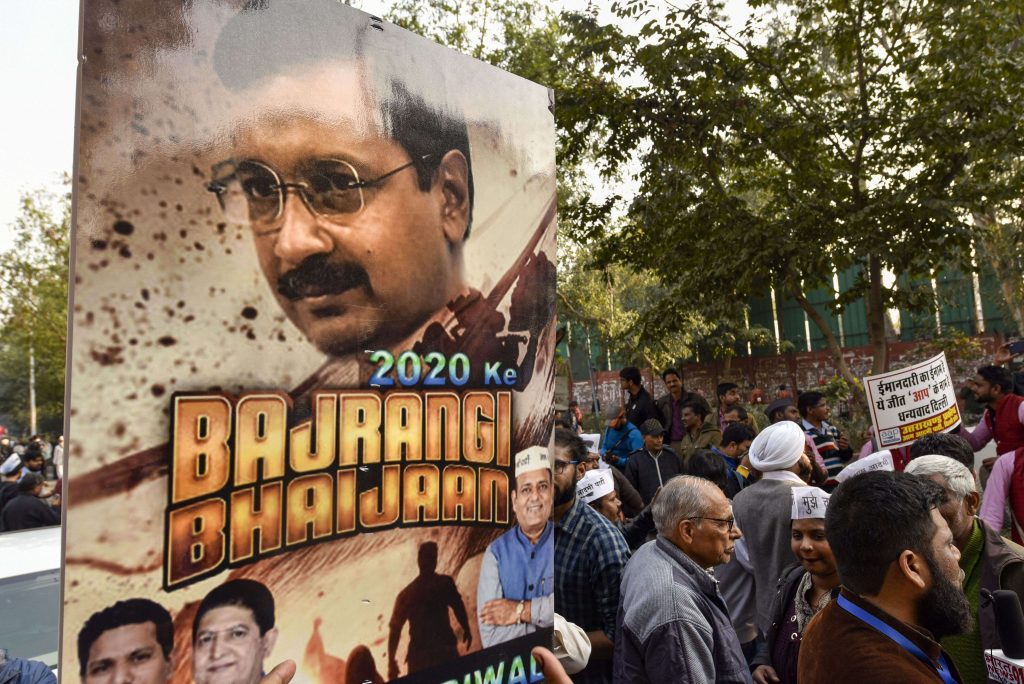 Developments in Sri Lanka have served as an eye-opener to the inherent dangers of prodigal spending by governments and the implications of freebies model. Unprecedented visuals from the island nation — of people dropping dead while waiting in multi-kms long queue for petrol and diesel, a sea of humanity swarming the presidential palace and other grandiose buildings, running them down and savouring the luxuries once enjoyed by their rulers—have made political leaders in India sit up and think. There is a new awareness about the unsustainability of short-term gains of welfare politics.

Leading the chorus is prime minister Modi himself, whose trademark welfare model under the PM Yojana series has ensured a solid addition to the vote base of his Hindutva party from the beneficiaries belonging to women and the neglected classes of people, guaranteeing BJP much more longevity in power than it seemed plausible at one point of time while it pushes ahead with its own divisive agenda.

Modi last week came down rather heavily on what he described as the ‘revadi culture’, alluding to a popular sweet associated with festivals, of offering freebies to catch votes, which he said was dangerous for the country’s future. “In our country today, attempts are being made to bring a culture of garnering votes by distributing ‘revadis’. This ‘revadi culture’ is very dangerous for the development of the country. People of the country and especially the youth need to guard against this culture,” Modi said, while inaugurating a new expressway in Bundelkhand, Uttar Pradesh, the state that plays the kingmaker role in national elections due to the most number of MPs it sends to parliament.

A few days before that Modi had chaired a meeting of senior officials where strong concern was expressed over the unsustainability of populist schemes announced by several states, particularly ahead of elections, sounding a warning that these could take the country on the same path as Sri Lanka’s. The context of the meeting was provided by a report prepared by the Reserve Bank of India about the public debt of various states in the wake of the situation in Sri Lanka.

Modi has reasons to be upset that his trademark model is being usurped by opposition parties. But the immediate trigger is the promise of Arvind Kejriwal’s Aam Admi Party, of free power to the people of Modi’s home state Gujarat, where a consolidation by India’s newly emerging national opposition party would be the biggest affront to the prime minister. AAP has already done that in Punjab, where the BJP was in power along with the Akalis, the party of the Sikhs, before it conceded the right to rule to Congress, the main national opposition party that Modi wants removed from the scene for good. Kejriwal has kept Modi’s BJP away from power in Delhi, the seat of the national government, for consecutive terms, thanks to his own freebies model that is successfully challenging the Modi model.

With Delhi and Punjab already under its feet, Arvind Kejriwal’s party is making no secret of its national ambitions and is emerging as a tenable new alternative, dislodging Congress as the main opposition party. In both, Modi’s BJP has been reduced a fringe player, though the Centre has kept a  tight leash on the Delhi government through the Lt Governor appointed by the Union home ministry.AAP is the only regional party that is currently in control of two states, a feat that no contemporary party has managed to perform.

Buoyed by its Punjab success, AAP has announced plans to contest the forthcoming assembly elections in six states, including Modi’s Gujarat, which is going to the polls later this year. Gujarat will be an important stop in the party’s quest to emerge as a national party. Modi knows it as much as Kejriwal does and that is what makes the Gujarat election so very important. Kejriwal’s sops are not like those promised by Congress, which could not make any mark on the voters so far. Rahul Gandhi’s much-touted minimum income scheme, abbreviated creatively to NYAY, which means ‘justice’ in Hindi, failed to move the masses in the Lok Sabha election, although on paper it sounded better than Modi’s scheme for direct deposit to the bank accounts of the beneficiaries. But that is not the case with Arvind Kejriwal’s model, which has a proven track record, much to the discomfort of BJP. (IPA Service)