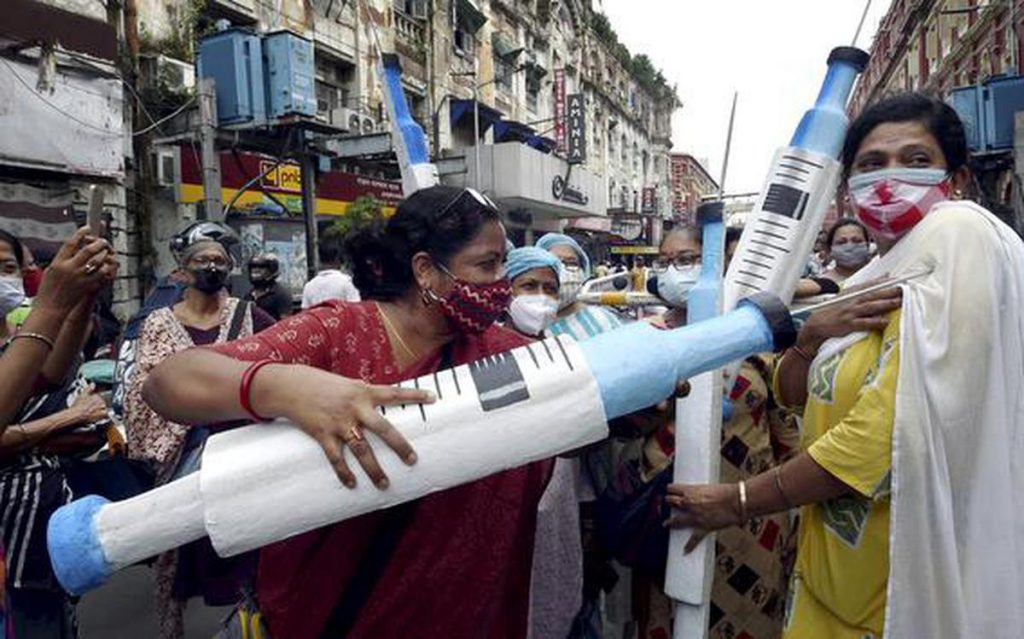 Nothing has engaged the capabilities of police forces in India (West Bengal) and Bangladesh in recent times more the arrest of international fugitive Prashanta Kumar Halder, charged with the embezzlement of billions of rupees through a scam that makes the homegrown Sarada ponzy scheme look puny!

A Bangladeshi citizen Halder (also known as PK) was arrested a few days ago from Barasat in North 24 Parganas by India’s Enforcement Directorate (ED) officials under provisions of the PMLA Act. He stands accused of illegally siphoning off and laundering large sums money he allegedly brought over from Bangladesh Also arrested was practicing local lawyer Sukumar Mridha, suspected of being one of his associates. Officials expected to make more arrests in the days ahead.

As the Managing Director of NRB Global Bank and Reliance Finance, both high profile Bangladeshi organisations, Halder was a familiar figure in top financial circles at home and abroad. According to open source information, Bangladeshi officials estimate that he had over the years made off with/embezzled taka 100 billion (1 Bangladeshi taka equals about 90 paise Indian at current rates). Much of this money was laundered abroad un recent years , the trail running through the US, India, Canada and the Middle East .

The exact magnitude of the monies involved is yet to be ascertained. Kolkata-based first reports quote ED investigators saying that around Rs 300 crore might have been invested by Halder in India. Details tracing recent investments amounting to Rs 150 crore have been found, but this is not even the tip of the iceberg.

Officials said the man had invested ‘thousands of crores of rupees in buying various assets etc in India’. He had acquired a large new house in Barasat which may be seized soon. Halder was living with false identity papers in India, which is also being looked into. ED and other concerned agencies are also examining how a person like Halder found it possible to operate financially on such a major scale in West Bengal and India. Clearly a host of people must have helped him set up his network here, the majority of them being local Indians in Bengal or elsewhere.

There were strong indications of his having operated in other major Indian cities. The authorities were naturally keen to learn more about his helpers here — whether they were merely interested in accepting hefty bribes or connected with local ruling parties in different states. While there was as yet no confirmation of Halder’s involvement with local political elements in West Bengal a la Mr Sudipta Sen, the Sarada chit fund sponsor, disturbing security-related questions certainly arise as to how a Bangladeshi man could penetrate so deeply into India’s financial circles in such a short time. Had Indian citizens too had been duped by some harebrained scheme or other?

Meanwhile even if there is satisfaction in Dhaka over PK’s arrest, there are also nagging questions regarding complicated jurisdictional and procedural steps to be taken. Already in West Bengal both men have been remanded to custody for 10 days.

On the other hand, while Bangladesh authorities have appreciated the work done in India, they are surprised that until now (night of May 17) no official communication had reached them.

There are questions in the Dhaka-based media as to whether Halder can be extradited anytime soon for authorities to question him at the earliest, seeing that legal proceedings are already under way in India. The sheer breathtaking range of his crime, which not surprisingly is being described as the mother of all scams dwarfing even the comparable Indian ponzy schemes far behind, makes him a very important person in Bangladesh — for the wrong reasons.

None other than Foreign Minister Dr A.K. Abdul Momen, speaking for a highly embarrassed Government, has announced that Bangladesh would spare no efforts to have Halder extradited as early as possible. Other official sources said even as ongoing investigations were continuing, it was not yet time to declare that they had tracked down all his crimes, as almost daily more details were being unearthed.

A senior Kolkata-based advocate said that as things stood, it seemed the case for handing Halder over to Dhaka was strong. In Bangladesh, the Anti Corruption Commission (ACC) had begun investigations earlier. Halder had been playing truant even as his activities came to light. Altogether 13 arrests had been made in Bangladesh, mostly targeting his associates or people otherwise linked closely with him.

Dhaka high court had queried departmental heads and concerned authorities specifically on Nov 18, 2020 as to why he had not been arrested yet. The first cases against him were filed earlier.

Apart from proceeding to crack down against him and others suspected of complicity, Dhaka authorities had informed Interpol agencies worldwide including its India office about Halder’s activities and pressed for a red corner notice to be issued against him.

The point the Kolkata advocate stressed was that not only Halder was a Bangladeshi citizen, most of his victims too were Bangladeshis. Further the ACC and other agencies had begun their investigations earlier and the judicial process too had got under way before the ED arrested him in India.

In Bangladesh, so far 36 cases had been filed , based on specific complaints made by several major financial organisations and other sources against Halder. The first case was launched according to reports over a case involving embezzlement of taka 2.75 billion. Current estimates indicated corruption involving taka 2800 crore, until fresh allegations about another taka 1999 crore were levelled!

It looked as though the number of cases in Bangladesh alone could exceed 100 as 20 new cases were about to be filed.

How India and Bangladesh handle the strange case of Prashanta Halder remains to be seen. Bangladesh authorities from the Foreign Minister downwards are confident that given the warm bilateral relations between Delhi and Dhaka, Mr Halder is in for very hard times ahead. (IPA Service)

Turkey’s Erdogan Plays Games Within And With NATO
Posting....