Anganwadi Workers Must Get Reasonable Honourarium 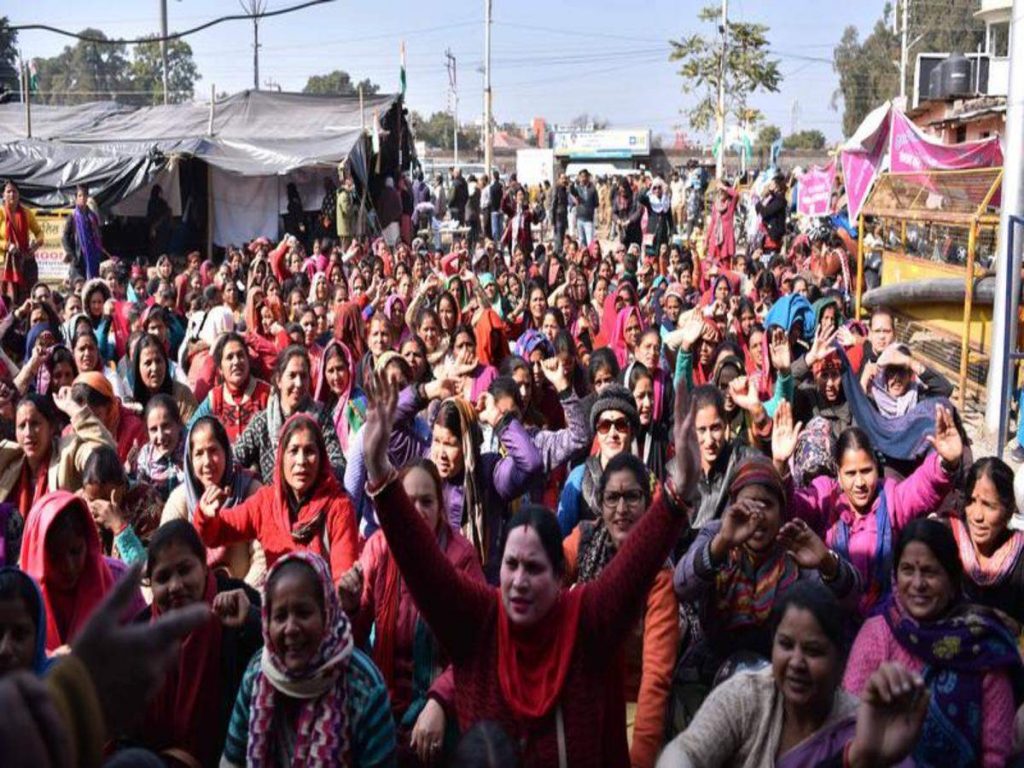 Plight of Anganwadi workers continues across the country due to a range of issues including the very low amount of honourariums they are getting and the ever rising workload, especially after the outbreak of the COVID-19 pandemic after March 2020. It is therefore the agitation of Anganwadi workers and helpers in Delhi will have rippling effect across India.

The demand for reasonable amount of honourarium for Anganwadi workers and helpers is not new, since they have always been paid a meager amount of honourarium across the country. During a discussion in the Lok Sabha in February last month it was brought to notice that the honourarium of anganwadi workers and helpers veried from about Rs4,500 to about Rs10,000 per month depending in which state or UT they are working. It means majority of them were not getting even the amount set as minimum wages for their respective areas, on which their survival was difficult, impacting their work additionally by increased workload on them, and ultimate sufferers were malnourished or undernourished children from poor households.

Anganwadi workers have been facing other problems too, such as even sanitation facilities, and even a NITI Aayog report had suggested better sanitation facilities for them and children. Despite all sorts of difficulties, anganwadi workers were going from door to door during the COVID-19 pandemic to promote health protocols and established good coordination with other health sector workers like ASHA workers, helping people at a time when even family members were scared to take care. The kinds of services they are providing certainly deserve reasonable honourariums, but they are getting the minimal. Since they are working under the flagship ICDS programme of the Centre, the primary responsibility of enhancing the honourarium also rests on it though the programme is run on revenue sharing basis with the states, many of them are undergoing a great crisis of funds.

However, for the National Capital Territory Delhi, the story is a little different. Difficulty for the state is not lack of funds, but the political inhibition of the AAP government that sees the programme as political initiative of its rival Congress and further supported by the BJP. The monthly honourarium for Anganwadi workers in Delhi is Rs 9,678 and for their helpers Rs 4,839. The Delhi Anganwadi Workers and Helpers Union (DAWHU) have been demanding for increasing them to Rs 25,000 and Rs 20,000 respectively, and went on indefinite strike on January 31, 2022.

AAP government in Delhi initially refused to accept the demand, however, on February 24, the Minister of Women and Child Development Rajendra Pal Gautam announced the revision of honourarium of anganwadi worker to Rs 12,720 and of helper to Rs 6,810, but it also included conveyance and communication allowances. DAWHU rejected the offer and insisted on raising them to Rs 25,000 and Rs 20,000 respectively.

The agitation of anganwadi workers and helpers in Delhi continued, and the Delhi government resorted to taking action against them while claiming that Delhi pays the highest honourarium in the country. On International Women’s Day thousands of anganwadi workers and helpers took out a rally from Rajghat to Delhi Secretariat, which was 37th day of their strike. They called it Stree Adhikar Rally, and DAWHU said that they would call off their strike only after their demands were met. On the other hand, Delhi government has issued show-cause notices to around 3,000 workers and termination notice to 27 workers. Not only that, Government has said that the “leaders in protest are not anganwadi workers. Today, about 50 per cent of workers have joined duty. Those who do not join will be terminated.”

It is worth noting that Delhi has about 11,000 anganwadi workers and an equal number of helpers. They are tasked with providing door-to-door nutritional supplements to beneficiaries, conducting counselling on pregnancy and infant care, facilitating health check-ups, conducting online classes for pre-school children and assisting in COVID-19 related surveys.

With hardening of stance of the government, DAWHU, have also planned to launch a new campaign and strengthen their protests. They have planned to continue their protests outside the CM’s residence and will go on an indefinite hunger strike. The protest will be widened against all ministers and MLAs. Women workers and helpers will divide into groups and go to all the rallies and election campaign of AAP to protest.

The demands of anganwadi workers and helpers also include incentives for overtime apart from increase in honourarium for increased workload, health benefits for themselves and their families, provident fund, and pension schemes.