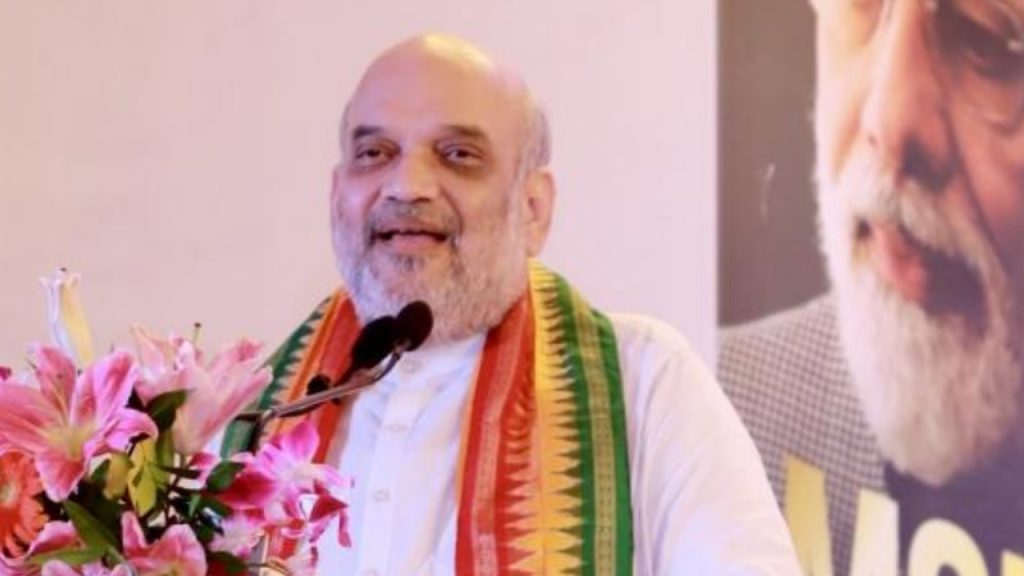 A mellowed down Amit Shah at his Purnea rally on September 23 was not only the major question for disappoint of the Bihar leaders but severely troubled them about the future prospect of the BJP in Bihar. Their feeling dejected primarily owed to the fact that it was he, Chanakya of the party and a key protagonist of the Hindutva politics, has chosen Seemanchal for his visit nearly two months back, in July this year.

Though the senior leaders of the party had at that time dropped the indication that Shah would come out with specific action programme to organise the 30 per cent of the Hindus of this   region to extend their support to the BJP. For pretty long time, the RSS has been active in this region and has got a wide network. But its presence has not yielded any fruitful   results in this eastern region of Bihar. The leaders confided that the electoral strategy that was evolved keeping in view the Muslim dominance in the region was to be implemented in other states.

Shah’s insipid and directionless speech was also a major concern. Except making scathing attacking on Nitish Kumar, he did not put a programme before the audience. Though the number of participants was quite huge, they did not respond to his remarks and jibes in that proportion. Shah frequently had to cajole them “jor se tali bajao” (clap with power).

Shah has the reputation of talking tough to the Muslims. Through his assertion on citizenship and NRC he has been consistently terrorising them. Obviously, his sudden change of stance would cause much worry amongst his own party men who have been primarily dependent on his communal polarising skill. But he during his 35-minute speech meticulously avoided mentioning this word. His speech primarily was the character of electoral campaign for the 2024 Lok Sabha polls. Seemanchal is considered a stronghold of the Muslins, mainly of those who migrated to the region from Bangladesh coinciding with its liberation. This region has in the 2020 assembly election had elected five members of Owasis AIMIM. This region has also been a strong hold of the Mahagathbandhan.

The state BJP leaders are also aghast at his flaccid silence on Bangladeshi infiltrators. For the BJP leaders this has been quite eye-catching and political agenda. But maintaining a quiet attitude even on this favourite issue has perturbed the rank and cadres of the real design and intentions of the national leadership.

Nevertheless an insight into his softening would underline at least four factors responsible for it; first, the RSS chief Mohan Bhagwat’s endeavour to win over the trust of the Muslims, second, the massive response Rahul Gandhi’s Bharat Jodo Yatra was getting on his way, third, growing dissatisfaction among its  national leaders on pursuing the divisive politics and fourth, the greater Hindu society disapproving the politics of hate. The RSS leadership is anxious of the denigrating social structure, democratic institutions and alienation of the judiciary. A perception has also gripped the RSS leadership that Modi-Shah combine is trying to project itself as a bigger organisation than the RSS.

There is a l an apprehension that the 80:20 arithmetical computation of UP’s Yogi Adityanath will fall flat if the 22 per cent Muslim population of the country decide to vote for Congress in 2024. There is no doubt the Bharat Jodo Yatra has aroused the peoples’ conscience against the Modi-Shah brand of politics. They find little trace of politics in their activity. It is more guided by misuse of state machinery and use of muscle power and money power.

One thing was quite noticeable at the rally that Shah repeatedly emphasised on development. He tried to prevail upon the people that Modi government was committed to development and under the BJP rule the people of Bihar would prosper though he did not mention that his ministers and his government did for the state. His reference to airport near Purnea turning functional was cheered with contempt.

Some senior leaders share the info that Modi-Shah combine has been directed by the RSS leadership to refrain from fomenting any ill will amongst the Muslims and keep away from creating unnecessary social controversy, as these two will simply jeopardise the electoral prospect of the party in 2024 Lok Sava elections. His repeated emphasis that Bihar was returning to Jungle Raj was not appreciated. In fact, his speech was carried away with the sheer hate towards Nitish Kumar

He asked the people “not to be afraid of Nitish and Lalu Raj because Seemanchal is a part of the country ruled by PM Modi”. What did it imply? Questions were raised by the JD(U) and RJD leaders if he was so sure of Modi coming to help ameliorate the condition of Bihar and its people, why has he not granted special status to the state which was assured just after Modi became prime minister. Instead of repeated goading, people did not respond to Shah’s assertion that Modi government will take care of developing the “backward region”.

While he has been highly critical of Nitish and accused him of being “power greedy”, he maintained some sort of refrain in directly attacking Tejashvi Yadav, the deputy CM. He nevertheless was unsparing of Lalu Yadav. Addressing the ‘Jana Bhavna Mahasabha’ in Purnea, he accused Kumar for not having any ideology. He accused Nitish of betraying his mentors and also alleged that he had given up his socialist ideals and tilted in favour of caste-based politics. Strange enough even while aware of his being a betrayer why Modi-Shah combines preferred to join hands with him and make him the CM of the NDA government in 2017? Shah also “warned” Lalu Yadav; “Can Nitish become the PM by changing political alliances? He has betrayed many since he entered politics. Laluji, beware that Nitish might sit in Congress’s lap tomorrow leaving you behind”. Nonetheless Tejashvi described the meet as ‘Comedy show’ and also alleged that Shah visited Bihar with the intention to ‘vitiate’ the atmosphere

In the Seemanchal region, Muslims account for 67.70% of the population in Kishanganj, 38% in Purnea, 43% in Katihar and over 40% in Araria. However, Muslims only form 16.5% of Bihar’s 105 million population as per the 2011 Census. His not threatening Muslims is being interpreted as his move to assuage their hurt feelings. During his July visit he had ordered DG of BSF, intelligence officials and other top police officials to prepare a comprehensive report on trans-border infiltration and smuggling.

There is absolutely no doubt that Amit Shah’s speech betrayed his fear of Mahagathbandhan ahead of 2024 Polls. The fact of the matter is Modi-Shah combine is worried of facing the next elections alone in Bihar because the party has been left with virtually no potent ally. To keep the rank and file in good spirit he predicted that the people of Bihar would wipe out the alliance in the next Lok Sabha polls in 2024, and BJP would form a government with a full majority in 2025 in the state.

However, the party sources believe that he would deliver the key-mantra to his party men at his Kishanganj meeting with the state leaders, MPs and legislatures. The proposed meeting is expected to witness the mechanism as to how to motivate the Hindus of the region to rally behind the party and vote for it in 2024. One of the conditions, which is making rounds in the party circle is, for getting re-nominated in 2025 assembly election would be made bare before them. Any sitting MLA aspiring to contest the 2025 election would have to ensure that the BJP candidate contesting the Lok Sabha seat wins from his constituency. This is the first time that the BJP legislature party meeting would be held in Kishanganj. This would be followed by the meeting of BJP state core committee.

In the last Lok Sabha polls, the BJP had given all four seats to its ally, JD-U, which won three seats, and Congress managed to win in Kishanganj. Kishanganj is widely seen as a Congress stronghold as the party has won the Lok Sabha seat eight times. The BJP won once when its candidate Shahnawaz Hussain was elected in 1999. (IPA Service)