Amit Shah Is Determined To Decimate Uddhav In Maharashtra Politics 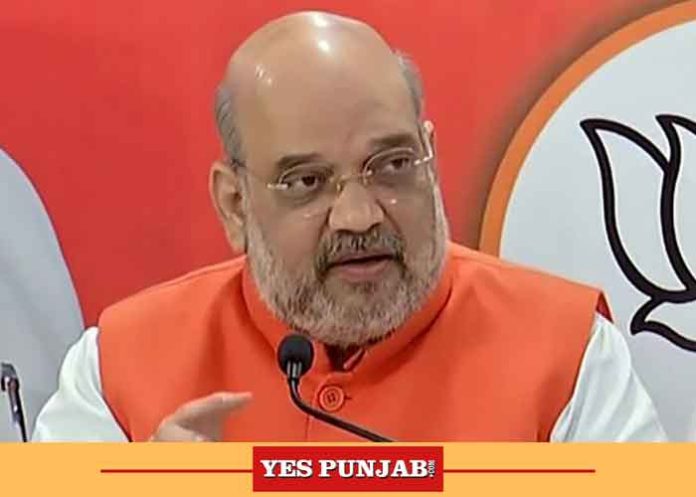 Union Home Minister Amit Shah is not known for his kind face. When Shah throws his considerable weight around it can be like 10 tonnes of heavy rock on the toes. Compared to Shah, Shiv Sena president Uddhav Thackeray is a lightweight, quite literally! Now, Shah has asked the Mumbai unit of the BJP party cadre to squeeze Uddhav Thackeray out of Maharashtra politics. The Union Home Minister says Uddhav dreamed up the whole canard of “sharing” the CM’s post.

So, now we know, for sure, the BJP is a vendetta-driven political party. Ahead of the Brihanmumbai Corporation (BMC) elections, Amit Shah isn’t sparing in his words. Can it be that the BJP is scared of losing the BMC elections? Shah played the victim card, saying Uddhav Thackeray betrayed the BJP. Maharashtra Deputy Chief Minister Devendra Fadnavis stood by Shah’s ample side. Shah’s bottled fury came through. Uddhav Thackeray ditching the BJP for the Congress and NCP had been a personal affront.

Shah singled out “Thackeray’s arrogance.” For Shah, Machiavellianism is a personal fiefdom. If the rival returned the favour, then it is betrayal. The BJP took it for granted that the Chief Minister-ship was the BJP’s for the taking, and that the Shiv Sena shouldn’t have gone where it wanted to.

The BJP’s tyranny isn’t different from other dictatorships. It’s just that the BJP couches it in words that sound accommodative to everybody except to the party at the receiving end. Can Uddhav Thackeray be blamed for taking a dislike for Amit Shah? Not after we know for sure that the BJP hated Uddhav Thackeray more than it abhorred the Shiv Sena.

That should be a warning to Maharashtra Chief Minister Eknath Shinde. He should know that the BJP picked him because Lord Rama had proved long ago that a Vibhishana always comes through.  The BJP is safe harbour for the disgruntled of every party. It makes use of the deadwood from rival political parties to shore up its bunds.

Now, Shah has told the state unit of the BJP to show Uddhav Thackeray “his place”, not knowing that if a poll is taken, even the new kid on the block would vote Amit Shah clear out of Maharashtra. The Home Minister is not wanted in this home stretch of the Shiv Sena. In the best James Hadley Chase lingo, Shah has the ‘Tiger by the Tail’ and that spells there are ‘No Orchids for Mr. Shah’ in Mumbai.

Shah has been showing his true colours. Those who have seen Shah, without the mask on, will not forget him. “Sinister” is not the word. For Shah “any means, can justifiably be used in achieving political power.” Also, you’ll get the feeling that in Shah’s book “it’s better to be feared than loved.” For the record, Shah was having fun dictating proceedings in politics till Maharashtra “slipping out of hand” took away everything.

The importance of recovering Maharashtra from the MVA is now displaying itself in the traces of panic at the thought of losing the recovered upper-hand. Besides Shah, both the factions of the Shiv Sena are also on tenterhook. The results of the BMC elections will throttle one of the two Shiv Sena factions. And this time, there is no Surat or Guwahati to run to, there’s only Maximum City ‘Mumbai’!

For the BJP, too, the BMC elections are crucial, Shah’s rhetoric supported this premise. The rotund Home Minister, with zero oratory at his command, will once again be tested. His election-juggernaut reputation didn’t always deliver. The West Bengal defeat was humiliating. Now, if the BJP-Shinde combine loses BMC, there wouldn’t be enough water in the Thane Creek to drown in. Shah’s talk of “Thackeray deception” will all wash away.

The BJP continues to use the name of Balasaheb Thackeray to attack Uddhav Thackeray. Lots of the Marathi-speaking do not like this. Shah accused Uddhav of “drowning all principles” of Bal Thackeray. Maybe Shinde should step in and tell Shah to go fishing in other troubled waters. The likes of Shah will come and go, but Shinde has to live his life here in Mumbai. If the Uddhav Thackeray Shiv Sena retains the BMC, there wouldn’t be much left of the Mumbai turf for the Shinde Shiv Sena to mark territory.

Amit Shah is an outsider throwing his weight around in Mumbai, Maharashtra. The Marathi-manoos can be riled only up to an extent and, then, thereafter nobody should forget what fate was reserved for Afzal Khan. Reading even a little history will help Shah. But Amit Shah doesn’t give any reason to believe that he is a reading zealot, apart from reading what’s in the draconian UAPA, and the equally tormenting PMLA. (IPA Service)