Algorithm Management May Be Destructive To Labour Market 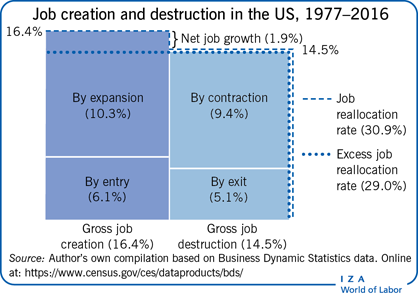 Future of work has been increasingly dependent on algorithm management for quite some time, the process of which has been accelerated after the COVID-19 crisis changing the world of work. It is posing new challenges to the labour market in general, and workforce in particular. It is potentially disruptive, and to confront its negative effects, rebalancing the equilibrium between employers and workers is required.

An ILO study titled “The Algorithmic Management of work and its implications in different context” has outlined some of the implication for work, from work organization to working conditions, ie job quality, and argued, while algorithmic management should be understood as the digital evolution of some of pre-existing trend that have long characterized the organization of economic activity, it is potentially disruptive. This is because it increases considerably the organizational ability of controlling complex economic and work processes, as it benefits from the massive capacity to collect, store and process information of digital technologies.

The paper defines algorithmic management as the use of computer-programmed procedures for the coordination of labour input in an organisation and puts it into context to discuss its usage in both digital labour platforms and ‘regular’ workplaces and companies. In algorithmic management, the paper says, these technological developments are combined and used for re-rganising control and re-shaping power balances in the workplace.

The paper fears centralization of power and control, and therefore proposes a comprehensive regulatory framework that could offset it by establishing worker’s rights on the use of their data and in terms of accessibility to algorithms criteria and functioning. It also proposes creation of participatory mechanisms and bodies to negotiate and monitor the algorithmic management so as to prevent abusive applications against labour and fundamental rights, to ensure that its benefits are shared equitably.

Although algorithmic management is a new thing, it is only continuation of very long historical trends of rationalization or bureaucratization of economic activity and the organization of work. In effect, it is derivative form of scientific management, which was already (at least partially) digitized in some of its recent incarnations such as Just-in-Time producton or lean manufacturing. However, the increasingly pervasive use of digital technologies across all economic activities and the availability of massive amounts of data makes algorithmic management potentially disruptive for the future of work.

The characteristics and implications of algorithmic management have been by and large discussed so far in the context of digital labour platforms. However, the increasing digitization of the economy, which has been accelerated by the COVID-19 pandemic, has led to the extension of algorithmic management practices in more traditional working environments, such as factories, offices, hotels, retail and wholesale warehouses.

Algorithmic management works through three vector changes – digitization, automation and platformisation of work and workplaces. It is, presently, in practical terms, most widespread and developed in digital labour platforms. However, it is less developed outside digital labour platform, although COVID-19 pandemic has given it a significant push forward.

The study says that some digital labour platforms incorporate very high and intrusive levels of algorithmic control for many aspects of the work process, including for instance the methods of work, the timing, the level of effort required. Even in less intrusive digital labour platforms (typically those dealing with high qualified professional labour services), there are always some forms of algorithmic control of the work process, in addition to the algorithmic matching suppliers or customers.

Algorithmic management in the traditional labour market outside the digital labour platforms is all set to increase. The study says that the main reason to expect algorithmic management is the relentless and pervasive digitization of all kinds of economic processes, including labour transactions that occur within and across economic organisations. Increasing digitization of everything is a factor that would facilitate the application and increasing use of algorithm for the management of labour and beyond labour.

Algorithmic control and monitoring may be automated for both workers, self-employed, or independent contractors. A previous ILO survey of workers on freelance platforms shows that more than 40 per cent workers were being tracked. The entire workplace may be tracked for certain purposes. It may prove to be beneficial but too much control may unnecessarily increase the pressure on workers and other participants in the process of work, production, or supply of goods and services. It can be used for disciplining and rewarding but at times it could be used abusively.

The study says that the algorithmic management would change the workplace with centralization of control and blur the orgnisational boundaries, while job quality would be adversely affected with work intensification, worsening of working time quality, detriments to the social environment, job insecurity, and loss of autonomy and deskilling.

It would impact the prospects and earnings, since blurring of organizational boundaries linked to the atomization of labour can affect employment relations. More casual and atypical work relationships might be linked to higher job and income insecurity for the workers. These work relationships, when coupled with the process of de-skilling, can worsen workers’ career prospects and earning. In the end, psychological and physical risk factors can lead to consequent disorders and illness, both mental and physical. (IPA Service)

Indian Trade Unions Have To Be Ready For Bigger Struggles In Coming Days
Posting....