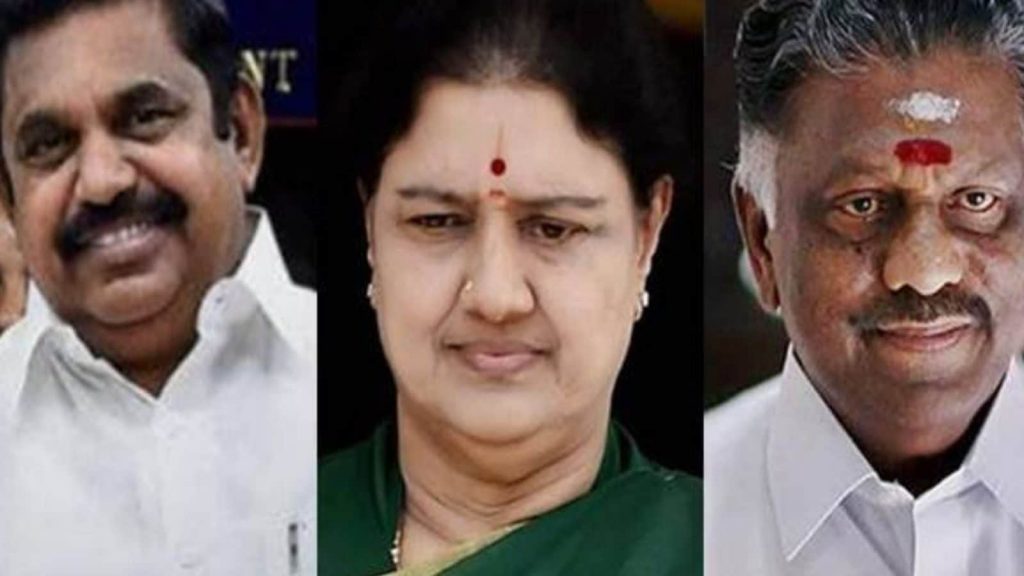 During the AIADMK Theni district executives meet, it is said that a resolution has been passed urging party coordinator O Panneerselvam to take steps to re-induct the expelled leader VK Sasikala and TTV Dhinakaran back into the party.

The AIADMK executive council meeting was held on March 2 at O Panneerselvam’s farmhouse in Kailasapatti near Periyakulam in the Theni district. The meeting was chaired by Theni district AIADMK Secretary Syed Khan and was attended by AIADMK city and union executives in the district.

The AIADMK members who participated in the meeting said that the party has faced a major drop in the recent urban local body elections held in Tamil Nadu following the state assembly elections last year. There was widespread talk among the public and the party volunteers that the party split has been the major cause for the AIADMK’s defeat. “To overcome the blame, we need to unite the divided AIADMK,” said the members. Volunteers are said to have told O Panneerselvam that the party could be strengthened only if VK Sasikala and TTV Dhinakaran were included in the AIADMK and that the AMMK is merged with the AIADMK.

Apparently, OPS promised them he would consider their demand, sources said. According to reports, a decision will be taken to convene a joint meeting of party executives at the Theni district level on March 5 to coordinate the AMMK with the AIADMK.

Addressing media, Syed Khan said: “We believe that it was because we were divided, our enemies had gained power. But now we have made a decision to urge that the party should ensure re-inducting those who left it. OPS also ensured that he would consider our demand of bringing back the leaders into the AIADMK again.” On the other hand, VK Sasikala is scheduled to go on a pilgrimage tomorrow to the southern districts in Tamil Nadu.

Eventually, it is learned that Tamil Nadu’s former CM and the leader of the opposition, Edappadi Palanisamy, has held an emergency meeting at his residence in Salem today to discuss the matter. The consultative meeting was attended by former minister Semmalai and former chairman of the State Co-operative Bank Ilangovan.