Afghanistan After One Year Of Taliban Rule Witnessing Extreme Poverty 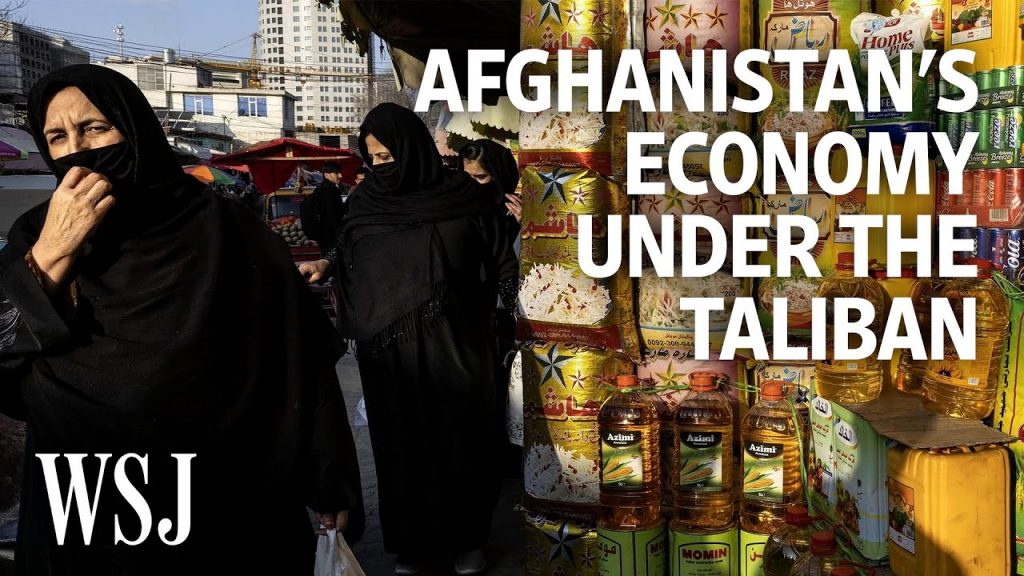 During the one year under the Taliban rule in Afghanistan, girls are more isolated, hungry and sad- often go to bed without food, 46 percent of whom say they’re not attending school compared with 20 percent of boys, according to a study, ‘Breaking Point: Life for Children One Year Since the Taliban Takeover’, by an NGO, Save the Children International. The Taliban had captured power in Kabul on 15 August 2021. The research study finds that 97 percent of families have been struggling to provide enough food for their children while girls are eating less than boys. Almost 80 per cent of children go to bed hungry in the past 30 days (study period). ‘Chill penury’ and economic distress are emblematic in the troubled Afghanistan.

The SCI   report is a confirmation of what the  United Nations World Food Program revealed in end-February this year .Out of every ten income-generating families, the income of eight families plummeted substantially in January, with the most affected families in Kabul, it stated .Many people went through the winter without any income and were forced to face challenges in the cold, according to their data  In a tweet it warned that hunger in Afghanistan is on the rise, with 95 percent of the people going hungry. The economic crunch has fuelled a hunger crisis in the country of some 40 million people.

The SCI carried out a survey conducted in June 2022 and a child consultation in May 2022. The assessment and consultations were conducted in Balkh, Faryab, Sar-e-Pul, Jawzjan, Kabul, Nangarhar and Kandahar provinces. 240 boys and girls aged 9 to 17 years old participated in the consultation, and 1,450 children and 1,450 caregivers participated in the assessment. The NGO, headquartered in London, has been functioning in Afghanistan since 1976, including during periods of conflict, regime change, and natural disasters

. “Life is dire for children in Afghanistan, one year since the Taliban took control. Children are going to bed hungry night after night. They’re exhausted and wasting away, unable to play and study like they used to. They’re spending their days toiling in brick factories, collecting rubbish and cleaning homes instead of going to school,” said SCI county director in Afghanistan Christopher Nyamandi.

Girls, bearing the brunt of the deteriorating situation, are missing more meals, ‘suffering from isolation and emotional distress and are staying home while boys go to school. This is a humanitarian crisis, but also a child rights catastrophe’, quipped Nyamandi.

The study by the NGO has exposed the misogynist character of Taliban regime explicitly. Every nine out of 10 girls said their meals had reduced in the past year and that they worry because they’re losing weight and have no energy to study, play and work, according to the NGO study found. A lack of food causes devastating consequences on children’s health and threatening their future. The crisis which in many ways is  unprecedented in the land-locked country has been taking a dangerous toll on girls’ mental and psychosocial wellbeing. Interviews with their caregivers reveal that 26 percent of girls are showing signs of depression compared with 16 percent of boys while 27 percent of girls reflect signs of anxiety compared with 18 percent of boys. The girls of whom 45 percent have not been allowed to attend school – compared with 20 percent of boys – are feared to approach towards Psychotic disorders.

The UN Security Council President Linda Thomas-Greenfield in a statement in May 2022 expressed deep concern on the increasing erosion of respect for the human rights and fundamental freedoms of women and girls in Afghanistan by the Taliban. Imposition of restrictions limits “access to education, employment, freedom of movement, and women’s full, equal and meaningful participation in public life, and emphasised that these restrictions contradict the expectations of the international community and the commitments made by the Taliban to the Afghan people”.

Afghanistan is in a nutshell in a humanitarian crisis, a disastrous economy with escalating hunger. According to a World Bank report Towards Economic Stabilisation and Recovery, released in early April this year, per capita incomes might have fallen by around one-third over the last months of 2021, erasing economic progress achieved since 2007, and leading to significantly increased household hardship. The economic collapse is aggravated due to  sharp declines in international grants, loss of access to the overseas assets of the central bank, disruption to international banking relationships, and a loss of investment confidence.

After the seizure of power by the Taliban, billions of dollars in international aid were withdrawn, Afghanistan’s foreign currency reserves were frozen and the banking system collapsed. The subsequent economic crisis and the country’s worst drought in three decades unnerved the Taliban honchos. The Taliban had appealed to the international community (meaning the USA that had frozen Afghanistan’s international bank accounts after the severe earthquake a few months back killing more than 1,000 people and rendered thousands homeless. But aid groups cautioned that, in the past, Taliban authorities tried to divert aid to areas and people that supported their views.(IPA Service)