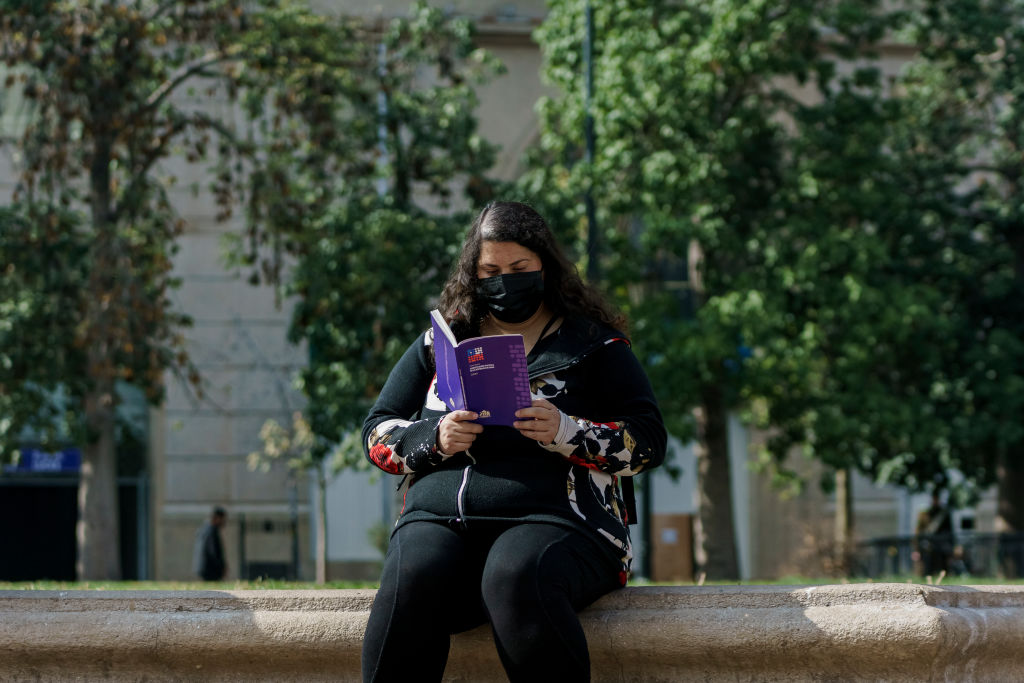 No-one dares to say with any certainty what will be the result of the plebiscite on September 4 to approve or reject the new constitution of Chile.

Despite the fact that in last year’s consultation, 79 per cent of Chileans voted in favour of a new constitutional text that would leave behind the institutional matrix imposed by the Pinochet dictatorship, a similar outcome on September 4 is rather uncertain.

Most of the polls, run by private companies, have rejection as a vote-winner. At the same time, there has been a massive and extensive social deployment, rarely seen in this country, in favour of the approval of the new constitution. Analysts agree that the voting will   be a close one.

Chile is faced with the paradox of having experienced an intense social revolt and a plebiscite that led to the setting up of the constitution commission that has drafted a new constitutional text, only to now find itself in a situation of uncertainty regarding the final approval of a new fundamental charter.

The September 4 vote will be compulsory for more than 14 million voters. In recent years, only between five and seven million people participated in elections, but this doubling of voter numbers has now introduced an element of speculation about how this large segment of the population that has not voted for years will vote.

There are a variety of factors that could influence the mood and willingness of broad sectors of the population to reject the new constitutional text, starting with widespread fake news, disinformation and distortions are part and parcel of private media outlets’ terrorism.

They claim that under new common law houses will be expropriated, abortions will be possible at nine months, the Chilean national flag will be changed, the national territory will be fragmented by giving rights to indigenous peoples, pension money will be taken away and there will be no freedom of choice in education.

The recurrent theme is that the country will walk the path of the Venezuelan, Cuban and Bolivian constitutions.

The democratically elected constitutional convention has been repeatedly accused of lack of experience, low legal and professional standards and organisational disorder.

Its composition, in which representatives of political parties were in a minority and a majority representation came from of the social movement and the regions as well as the indigenous peoples, has been described as flawed and not guaranteeing a fair result.

It has to be acknowledged that during the drafting process of the new constitution, there was inadequate information about its content, poor communication with the population, and the work was not well publicised, which is crucial if one takes into account that in Chile more than 80 per cent of the media belong to national and transnational corporations, all of which are programatically opposed to the new constitution.

A simultaneous significant rise in inflation and with it a higher cost of living; violence and instability in the Araucania region — the nerve centre of the Mapuche protest — the increase in crime rates and drug-trafficking have had their impact, as have anti-migrant sentiments.

The Social Democrats, Liberals, Christian Democrats and the former Concertacion coalition have all expressed their opposition to the new text — this group defined itself as the “centre-left for the Rejection” has really taken right-wing positions, calling the new text variously as “maximalist,” “left-wing” and “partisan.”

They oppose the abolition of the Senate, criticise the extent of the rights of indigenous peoples, question changes in the judiciary, claim there will be no way to finance the social rights that will be granted, and postulate that there should be another process in which parliament or a “commission of experts” could play a role.

At the same time a strong conviction exists that finally the proposed new constitution gives answers to the citizens’ demands of 2019 and realises the demands of the plebiscite of 2021 to have a new fundamental charter.

This charter now guarantees social and civil rights; modifies the privatising and concentrating development model for a sustainable and equitable one; protects nature and strategic natural resources (water, copper and lithium, among others); grants rights to indigenous peoples; supports the rights of women, children and adolescents; aims to increase the prerogatives of the regions in a path of decentralisation; and guarantees national sovereignty.

Governance is altered by the abolition of the Senate — replaced by a chamber of regions, opening up a participatory and far more democratic system.

Moreover, the two political groupings that bring together the parties in favour of the new constitution issued a communique a few days ago that lists constitutional points that could be changed or modified should “Approve” win.

The Appove campaign is reaching millions of homes and people to persuade and explain. Public meetings are taking place in hundreds of thousands of public spaces, to demonstrate how the new Magna Carta guarantees rights and solutions to the people, to Chilean families, above all in line with the demands of the revolt of 2019.

The government, by law, is independent — it can only carry out the campaign to disseminate the new constitutional text and call on citizens to vote via its information campaign, Chile VotaInformado (Chile will vote informed).

Naturally the right wing and those in favour of rejection accused Gabriel Boric and several ministers of “electoral interventionism” for their willingness to inform and promote the vote. Such laughable insinuations were dismissed by the autonomous Office of the Comptroller General of the Republic.

The government has however been proactive in increasing the minimum wage, delivering a winter bonus that benefited 7.5 million people, opening dialogue and social support in La Araucania indigenous region, improving police management in the fight against crime, reducing the working day to 40 hours a week, preparing a reform of the health sector and reducing the housing shortage.

The tax system is being reformed, a pension reform project is in parliament, and the Carabineros federal police (accused of serious human rights violations) are being reformed.

The Approve campaign is promoted by some 30 progressive, social democratic, left-wing and liberal political parties, and at least 300 trade union, feminist, student, indigenous, population and professional organisations, among others.

The strength of the Rejection campaign lies in the right-wing and far-right parties, in the Catholic church hierarchy, in the so-called “military family,” in liberal social democratic sectors, in the financial groups that own the AFP and the Isapres — consortiums that control private pension and health services, respectively — and most of the media and business associations.

The electoral base of these conservative groupings centres in urban areas of the capital and rural areas and among those who traditionally vote for right-wing agendas, with “law and order” being a favourite.

Whatever the individual case may be, on September 4 Chile is is facing a strategic and epoch-defining decision that will determine its future.

Perhaps the main issue at stake here is whether Chileans will continue to live in the midst of a repressive political structure and an exploitative economic model installed by a ruthless dictatorship some four decades ago, or whether they will choose to start a new and egalitarian chapter in the history of Chile. (IPA Service)

**    The writer is editor-in-chief of El Siglo, the newspaper of the Communist Party of Chile.

Case Of Demolitions Is A Matter Of State And Societal Apathy
Posting....