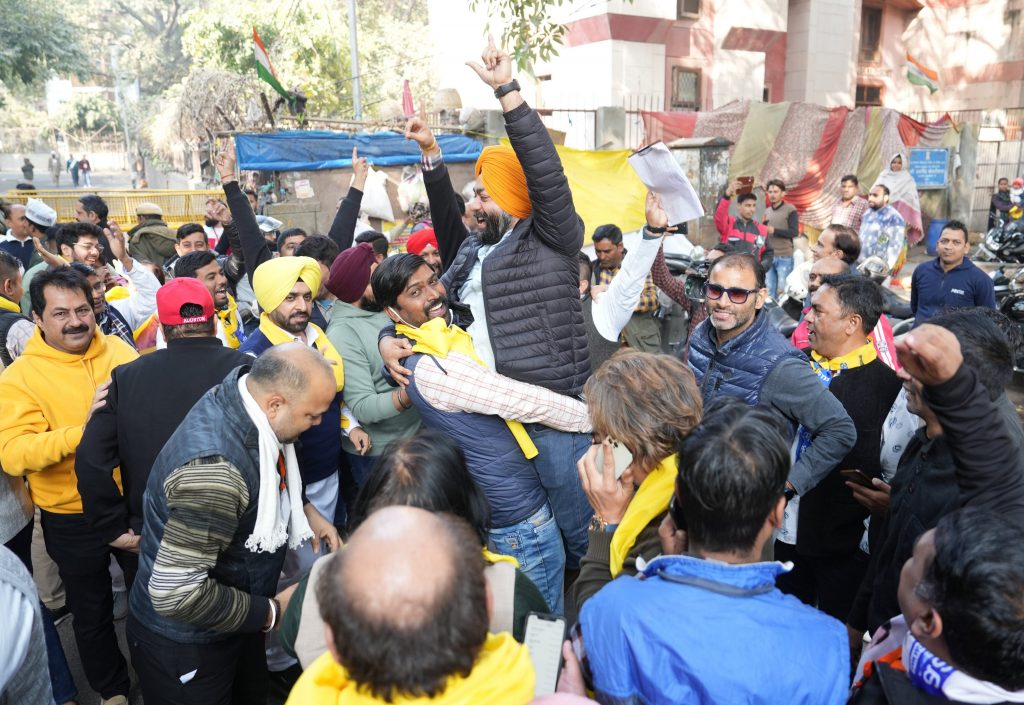 AAP’s victory in Delhi municipals polls is not a surprise. The exit polls were right for once, and the BJP’s undistinguished record in running the municipality made it easy to believe them for once. The margin of victory is lower than what was expected by many, but it is a clear win, nevertheless.

Given that the gap between the two parties is about 30 seats, and that the anti-defection law does not apply in the case of municipal elec. There is some speculation that the BJP might still find a way to stall their own mayor. Given its previous track record with wooing rival politicians, it is entirely possible. But what is important for now is what the results say about the respective parties.

For AAP, the news is good but not something big..It has lost vote share. But against the run of play, it is largely to Congress and only marginally so to BJP.At an aggregate level, this suggests that BJP’s many attempts to tar the party with the corruption brush have met with only limited success. On the other hand, the loss of share to Congress suggests that unlike 2017, it is failing to consolidate anti-BJP vote. The loss of Muslim vote is a worrying aspect, for it thins the margin of victory to a point which makes the party vulnerable in the next election.

This is the real dilemma for AAP—it may need to choose between its national ambition that has dictated its embrace of its own version of Hindutva and it needs to hold on to its power base in Delhi.

Given that its Punjab government has so far not done anything to distinguish itself and that its gains in Gujarat, even in the best case, are not electorally substantial, the prospects of losing office in Delhi in next elections are  also there.

For BJP, the news is bad but again with some plus points. It has lost the elections but has held on to its vote share. AAP’s diminished vote share would give it confidence that it is today within striking distance of dislodging the incumbent in the next elections. Its pressing need is to find a creditable leader at state level, and to reduce its dependence on Prime Minister Narendra Modi and as of now it has come closer to solving that problem. Even if it can install its own mayor, it will only serve to project the party as a spoiler: something that has not helped its case in the past when it comes to Delhi voter. BJP’s larger worry is the possible emergence of AAP as a national alternative. And while municipal elections are in no way a pointer to what might happen nationally, AAP has certainly improved its prospects with this win.

Congress has some good news at last, and while its increased vote share makes little tangle difference on the ground, psychologically it signals a change in the direction of its fortunes.

While the party will no doubt link its improved performance to Rahul Gandhi’s Bharat Jodo Yatra, chances are that this is more about AAP’s inability to hold on to the Muslim vote than it is a vote for the Congress. In any case for reasons known best to Rahul Gandhi, he has planned his Yatra in such way as to ensure that it has nothing to do with trifling matter of elections.

The freebies accusation against AAP might make for aggrieved comments on TV and social media, but to the voter it is the only truly reliable way of receiving benefits from the state. It is more than a little hypocritical for AAP to be criticized for its ‘welfare’ schemes when every other party distributes its fair share of revdis.

This victory also means that AAP can no longer shrug its shoulders and point to the fractured nature of administration in Delhi as an accused for any shortcomings. Given the fact that it is also in office in Punjab, it now has the power it needs to make a difference in fixing the issues that the city faces, including the vexed problem of pollution.AAP needs to ensure that its national ambition does not come in the way of its focus on Delhi. Otherwise, this victory could end up being a very expensive one. (IPA Service)

Both Assembly And Bypoll Results Expose BJP’s Faultlines Before 2024