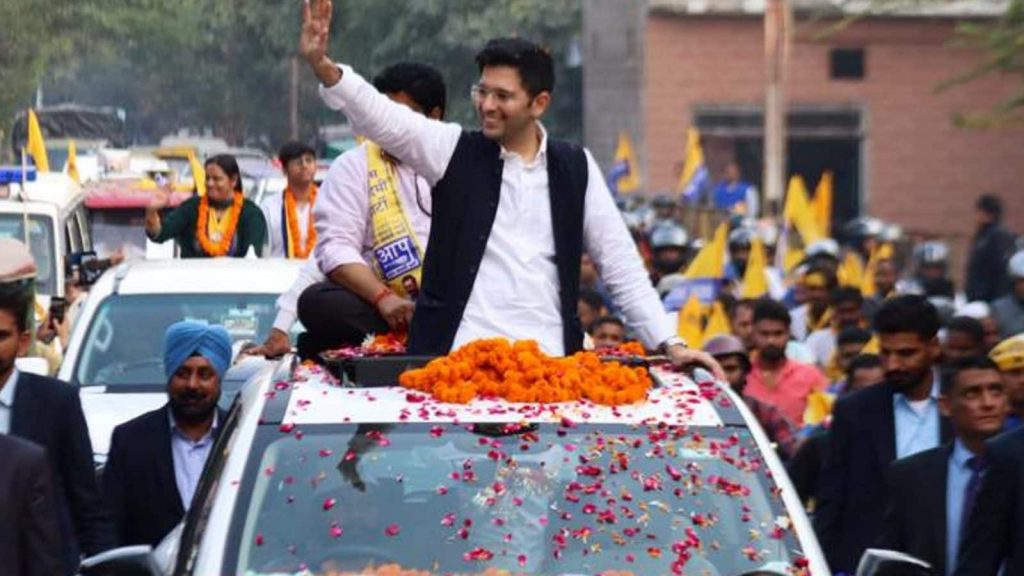 AAP leader Raghav Chadha on Sunday asserted that his party will win more than 230 out of 250 seats in the upcoming Delhi MCD poll.

“The Aam Aadmi Party (AAP) is going to win the MCD election by a huge margin. People are glad that finally there is an opportunity to throw out this corrupt BJP from the municipal corporations,” he said during a party ‘padayatra’ at Keshavpuram.

Drumming up support for the Arvind Kejriwal-led party, Chaddha held a series of public-outreach events in the city.

He said now is the time to have an AAP government at the state as well as at the municipal corporation level.

“The choice in front of the public is very clear. They have to choose between Kejriwal’s ’10 guarantees’ that will help clean the city, provide salaries on time to safai karamcharis and so on, and the BJP’s ’10 fake videos’.

“We will leave it to the people to decide who they want to vote for… I am certain the the AAP will win big this time in the MCD and will go on to get at least 230 out of 250 seats,” he asserted.

The AAP held outreach campaigns in over 160 areas of Delhi under its MCD election bid on Sunday. Deputy Chief Minister Manish Sisodia, Delhi state convenor  Gopal Rai, Rajya Sabha MP Sushil Gupta, MLAs Atishi, Durgesh Pathak and Dilip Pandey, and senior party leader Mahabal Mishra took part in the ‘jansamvad’ along with other party campaigners.  “… it has been proven that Arvind Kejriwal will be the first choice of the people in the MCD poll. If you ask the public about the work of AAP, they can easily tell you 10 projects, but if you take the name of the BJP, they do not remember a single project,” an AAP leader commented.

The party is holding mass dialogues, ‘nukkad sabhas’, padyatras and door-to-door visits across the national capital ahead of the civic body polls on December 4.