AAP claims it caused more damage to Cong than BJP 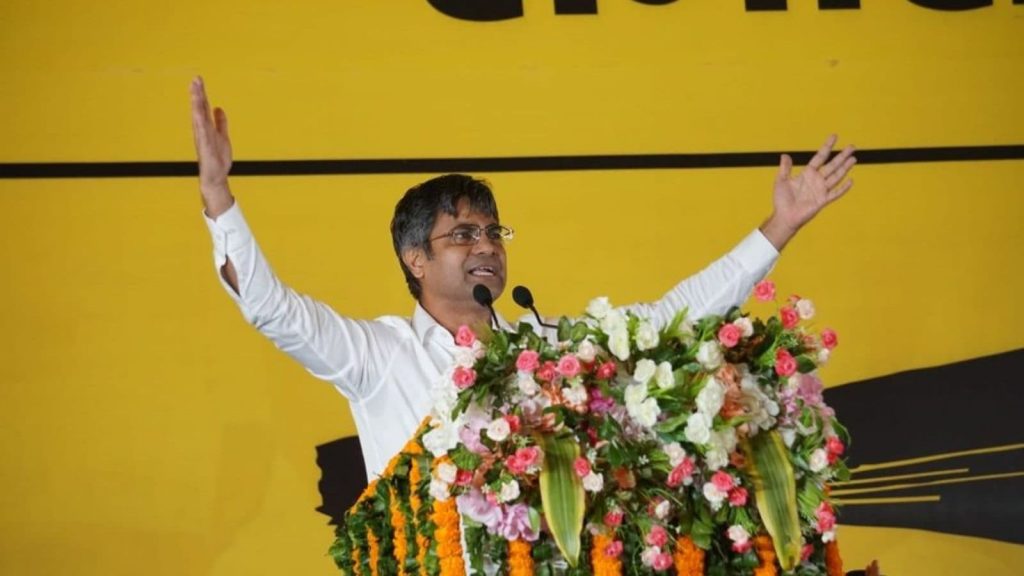 “Only we can defeat the BJP” — For Aam Aadmi Party (AAP)’s new national general secretary, organisation, Dr Sandeep Pathak, the goal and the roadmap to achieve it are clear.

Pathak, who was made a permanent invitee to AAP’s 11-member political affairs committee ahead of the party gearing up for assembly elections in more than half-a-dozen states next year and the general elections in 2024, says his task is cut out. “We have become a national party. My task is to take our party to every village, every town, and every mohalla. People love and recognise Kejriwal-ji and his politics. Even in Kanyakumari, where we have not fought an election, people know him so my task is easy. I just have to channelise this energy.”

Pathak had a crucial role in AAP’s spectacular Punjab win and was based in Gujarat since April for the assembly elections in the state.

Talking about the AAP’s trajectory, Pathak said: “We don’t say Kejriwal is the alternative to this or that politician. That is what people say as they appreciate his positive politics. However, BJP ko toh hum hi haraa saktein hain (Only we can defeat the BJP). We defeated the BJP in MCD. In Gujarat, we fought spectacularly, overcoming many adversities. Congress is on the decline in 149 seats. We entered the BJP’s fort and secured five seats and 13 per cent vote share within a span of a few months. Realistically speaking, it is a very positive and very encouraging outcome.”

Brushing aside the party’s poor show in Himachal Pradesh, Pathak said data shows that AAP has damaged the Congress much more than the BJP. However, he adds, that the fight cannot be targeted at any one party. “You have to go to the people with positive, constructive politics and let them decide.”

The AAP’s national council meet is scheduled on December 18 where it is expected to strategise for the upcoming Lok Sabha elections. At present, the party has 10 MPs — all from the Rajya Sabha. Its lone Lok Sabha MP Bhagwant Mann resigned after he took over as Punjab chief minister. The party is aware — as the 2014 and 2019 general elections have shown — that it has not been in the reckoning even in Delhi as far as general elections go despite winning historic mandates in the capital. On December 18, all eyes will be on AAP convenor and Delhi Chief Minister Arvind Kejriwal’s message to the rank and file in the party.

The year 2023 will also witness nine states going for elections — among them are Chhattisgarh, which happens to be Pathak’s home state; Rajasthan, and Madhya Pradesh where the contest has always been bipolar between the Congress and the BJP.

On whether the party is open to becoming part of an alliance of opposition parties to take on the BJP, Pathak says: “We don’t believe in the politics of ‘jod tod’, or even being part of a government by any means. We have positive politics to offer as opposed to their negative politics. It is for the people of the country to decide who and what they want.”