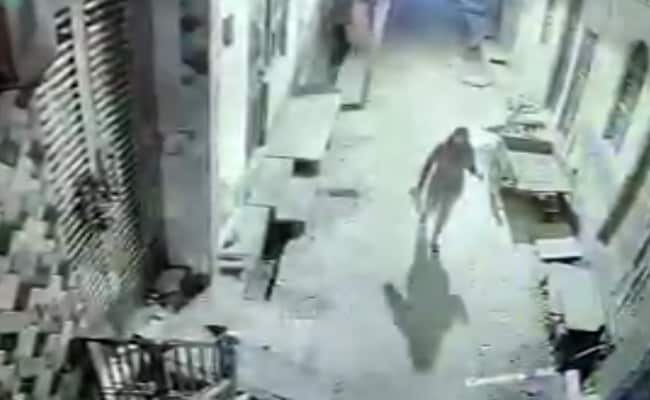 Senior AAP leader Sanjay Singh on Wednesday lashed out at the BJP, accusing the saffron party of “shielding” one of the accused in the sensational Sultanpuri car dragging case. He also demanded to know why the accused, Manoj Mittal, was not yet removed from the party.

In a shocking incident, a 20-year-old woman was killed in the early hours of the New Year after her scooter was hit by the car which dragged her for 12 kilometres. Her body was found in outer Delhi’s Kanjhawala.

Five men, who were allegedly in the car, have been booked for culpable homicide, among other sections. All five accused were sent to three-day police custody on Monday.

Singh also claimed that he had sought time to meet Union Home Minister Amit Shah via letter, email and phone call to discuss the incident, but have not got an appointment yet.

Blaming the Delhi Police for negligence, the senior AAP leader alleged that the police failed to maintain law and order in the city despite issuing notices about extra security measures taken by them for New Year.

BJP has maintained that strictest punishment need to be given to the accused and the case should be tried in a fast track court. It had said that Mittal had recently joined the party during the Delhi MCD polls, but had not taken membership of the party.

A delegation of AAP MLAs had also met Delhi Police Commissioner Sanjay Arora on Tuesday and demanded strictest punishment for those involved in the crime. It also sought the dismissal of the district deputy commissioner of police for allegedly shielding the accused.