A Coastal Community’s Struggle For Protection Of Their Livelihood, Habitat 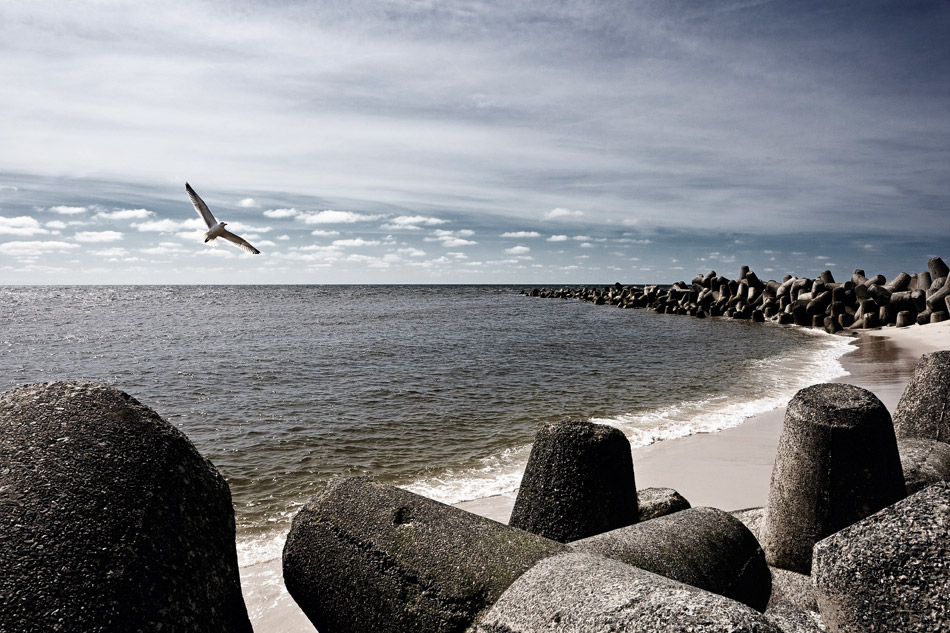 A month-long agitation by the coastal fishing community around Kerala’s Vizhinjam port in defence of their livelihood is threatening to stall India’s leading corporate Adani group’s schedule for the development of the port.

Hundreds of fishing community members, mainly women from the nearby coastal hamlets, pushed their way into the port site under construction, demanding the authorities to address their long-pending demands, which include complete stoppage of work on the port until a comprehensive scientific study is held on all aspects of the project.

The agitating fisherfolk occupied the entrance to the port after dismantling the barricades set up by the police, with the situation threatening to go out of control. But the Latin Catholic priests, who are leading the agitation, managed to control the crowd.

The community feels that the development of the port is not on scientific lines, risking massive sea erosion, loss of livelihood and dislocation from their dwelling places. “Fishermen have been deprived of the coast in the guise of development. Once called Kerala’s own army, these people are now fighting for their survival and both the ruling and opposition fronts have shady dealings with the Adani group,” said vicar-general Fr Eugine H Pereira of Thiruvananthapuram Catholic archdiocese.

Since the work on the port started in 2015, some 50 acres of seashore is estimated to have been reclaimed, as a result of which over 300 families have been displaced and are living in camps without even the basic necessities of life. This is at the back of the mind of the protesters, who know that their turn would soon come.

The fishermen have been carrying on their protest for over a month, during which time the state government kept looking away. But earlier this week, fishermen from various places from the district organised a massive march to the state secretariat in which they carried their boats on trucks. The police initially tried to block the trucks on the way at several places, but the protesters defied the curbs and went ahead with their plan. With the risk of tension leading to violence, police relented and allowed the trucks to proceed to the state secretariat. And the rally turned out to be a massive expression of discontent.

In what the agitated fishermen community considers as the fourth phase of the stir, the protesters moved in large numbers to the work sites at the port and occupied key positions. Luckily, in view of monsoon, all major works have been halted, which avoided a direct confrontation. The fishing community feels that the port development company as well as the government have been taking it for a ride by claiming that the deep sea port was being developed as a natural port. But as the work progressed, it became clear that the development envisaged the creation of infrastructure that would interfere with the local coastal ecosystem.

The Rs 75 billion Vizhinjam International Transhipment Deepwater Multipurpose Seaport has been dogged by controversy right from the conception of the project, including the award of the deal to the developer Adani group, which began as a late starter in the infrastructure sector, but has since become one of the leading players, acquiring the management of seaports, airports and other major works through the length and breadth of India. The project has already been hit by snags of various kinds, including a shortage of boulders that are required to erect breakwaters along the port. Adanis have already missed several construction milestones. The first deadline for commissioning was December 2019. There is a provision for payment of fine built into the contract for missed deadlines.

Now into the seventh year of construction, only 1.8 km of the 3.1 km stretch has been completed so far, which the company attributes to shortage of construction materials as well as inclement weather. The government has set a new deadline for commissioning, which is at the end of next year.

While the protesters are demanding that the work on the project must be completely halted until an ecology impact study is completed, the government has made it clear that there is no question of backing off. But it has expressed the willingness to discuss all the issues and complete resettlement of the affected people in a timebound manner. Already a few rounds of discussions between the representatives of the church and a couple of ministers of the Pinarayi Vijayan government, including fisheries minister Abdurahiman, who has reported some progress towards resolution of the problem.

This week, chief minister Pinarayi Vijayan is expected to meet the agitation leaders and try and help resolve the crisis. There has apparently been agreement over five of the seven problems that are agitating the community. These included the question of subsidy on kerosene supplied to the fishermen as well shifting of people living in camps to rented houses. The government has promised that the resettlement to rented house will be completed before the forthcoming Onam festival. But no progress has been made on the most critical issue of the work being stopped pending the scientific study.(IPA Service)

Anand Sharma And Azad’s Resignation From Panels Is A Bad Omen For Congress
Posting....