Working In Cuba Was A Fabulous Experience In Health Care System 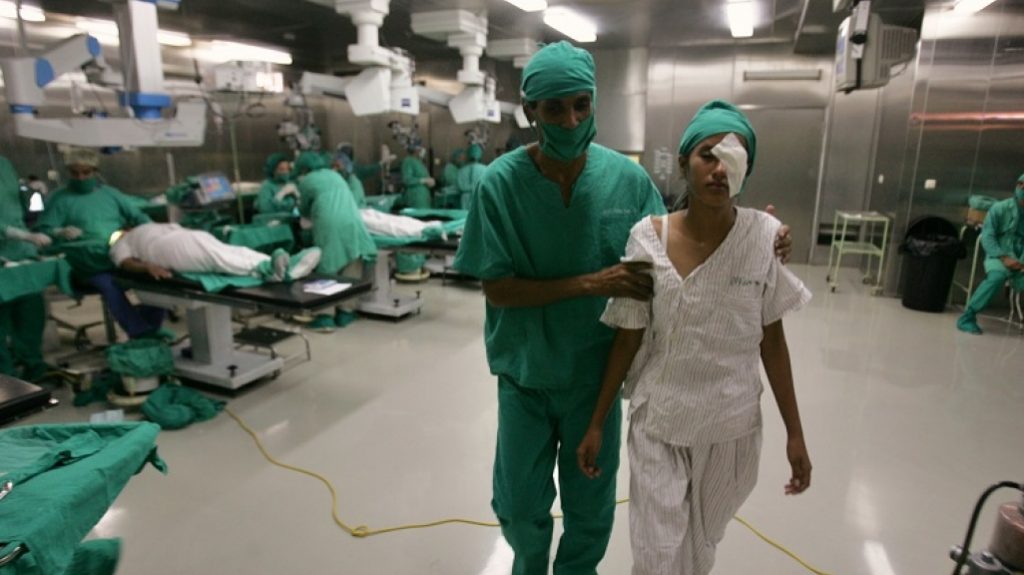 Solidarity   is   one   of   the   most   beautiful   things    about   the Cuban people. All Cubans have had their own experience with solidarity. Some as teachers, some as doctors, others as instructors. For example, we have all had some type of experience on internationalist missions. And even if one has not been on a mission personally, there is always a family member who has.

One of the most beautiful things that the revolution taught the Cuban people is to feel solidarity with any human being in any part of the world. It can be hard to grasp just how amazing it is when, for example, I see a former classmate of mine from university who has gone to fight against Ebola in another country. I remember being at my hospital — I’m a pediatrician — and a professor told me, “You’ll see they will come to seek help from Cuba in the fight against Ebola.” And I replied, “But we know nothing about Ebola!” “That doesn’t matter,” he said, “they will come, you’ll see.”

And so it was: not much later the WHO [World Health Organization] came to Cuba to ask for help in the fight against Ebola. It came because it knew that we Cubans would agree to help. Not only did we say yes, we sent the best people in the country: health care professionals, nurses, doctors, and technicians all went to fight Ebola. And they succeeded.

This experience of solidarity gives you an extraordinary sense of power as a people, because you can say, “We are capable of going to any place in the world where our help is needed and truly helping other human beings there.” Their skin color and religion don’t matter. It’s enough to be useful to other human beings.

That is also one of the most beautiful things about the socialist revolution: the feeling that human development is something that can be achieved on a daily basis. In my personal case, as a doctor, allergist, and pediatrician, my first experience of this was during a mission in Nicaragua. I was just beginning as a doctor — I was about twenty-three, and it was the last year of medical school.

The revolution in Nicaragua had just triumphed. Cuba didn’t have as many doctors as it has today. Therefore, Chief Commander Fidel Castro met with last-year medical school students and asked who wanted to do an internationalist internship — that’s what we call the last year at medical school in Cuba, an “internship.”

Four hundred eighty students from my class stepped forward, and I went with them to Nicaragua. It was an extraordinary experience for me, because I was born within the Cuban Revolution. I was born with all its guarantees — health, education, dignity — and you don’t know what another world looks like until you’ve experienced and made contact with it.

The experience of Nicaragua was hard: as an incipient revolutionary process, it faced great adversity from a powerful Catholic force that basically divided Nicaraguan society in two.

In Cuba I was used to having a completely public, free health care system that served all people. Suddenly I was faced with doctors who worked in the public hospital part-time then went to work in a private clinic. Without a second thought, they would leave patients in the hands of non-experts. In our hands. We had to be creative, and we had to grow as human beings.

It was a hard experience, but at the same time, it was very educational. I recall that when I arrived in Nicaragua I had to assist two births. I arrived with my little doctor suit at the hospital door, and I asked someone, “Doctor, tell me, what should I do?” “¡Doctorcita!” someone responded, “come in here at once, there’s a woman giving birth!”

Afterward, I ended up assisting a hundred births all by myself. I became a near master in assisting births. Nicaragua shaped us, teaching us so much and making us stronger and more capable professionals.

Later, I was asked to return to Cuba along with the other women on the mission. The United States was threatening Nicaragua with an invasion, and the chief commander [Fidel Castro] always protected Cuban women. Still, I was among those who disagreed. I said, “Uncle” — I called Fidel “Uncle” — “you understand the problem, the young men are going to be left alone since most of us on the mission are women.”

Still, I returned to La Habana and began work at Pedro Borrás, my hospital, until I received news that another mission was being organized, this time to be sent to a different part of the world. At that time, I was the only one who could go — I had no boyfriend, no husband, no children or anything. So, I said, “Yes, I’ll go.”

I went to Angola and spent what were perhaps the two most difficult years of my life. As a pediatrician, it was perhaps the toughest time that I can remember. There were two cholera outbreaks, and it was just tremendous. Parents came with their dead children to the hospital, and we couldn’t do anything to save them.

But in Angola, I learned fundamentally important things about human beings. I learned that we have to fight against everything that has to do with racism and colonialism. People must have the right to live their own history and their own lives.

The African continent was looted and exploited; its people were taken to another continent like pack animals. Those horrible things, which are part of human history, must be erased. And we do that by building solidarity between people each day. We can’t do it by imposing our culture on others; we can help by learning from them.

For example, the Kichwa midwives from northern Ecuador taught me all kinds of things that are not written in any book. If you learn solidarity, you learn to listen, which allows you not only to feel useful as a human being, but also enables you to grow by drawing on different forms of wisdom — even ancient wisdom.

The amount of knowledge that we have collected in all these years through our solidarity missions is extraordinary. Being an internationalist doctor is just something we do that helps to pay off a little of the debt we owe to humanity for all we have learned along the way.

Later I continued working with Movimento Sem Terra (Landless Workers’ Movement, MST) in Brazil. I worked too with a foundation in Argentina called “Un mundomejoresposible” (“A better world is possible”). It was through that foundation that I came to know the town where my dad, who was Argentine, was originally from [Rosario].

I really learned things from that town. I spent time there with the Mapuche and Guarani people. I was there with the medical students who were trained at the LAM [Escuela Latinoamericana de Medicina, in Cuba]. One of the beautiful things that the revolution has done in recent years is the training of doctors and health professionals from around the world in a Latin American university totally free of charge.

From an economic point of view, offering free medical training meant economic sacrifice for the Cuban people, but it’s truly a beautiful thing, and it makes one feel very proud to be Cuban.

We feel proud to have worked in so many different parts of the world, always carrying our message of solidarity while at the same time learning more about the need for love, understanding, and respect among us all.

Perarivalan, The Accused In Rajiv Gandhi Assassination, Is Finally Back Home
Posting....