With Ukraine War On, U.S. Secures Dominance Over Most Of Europe 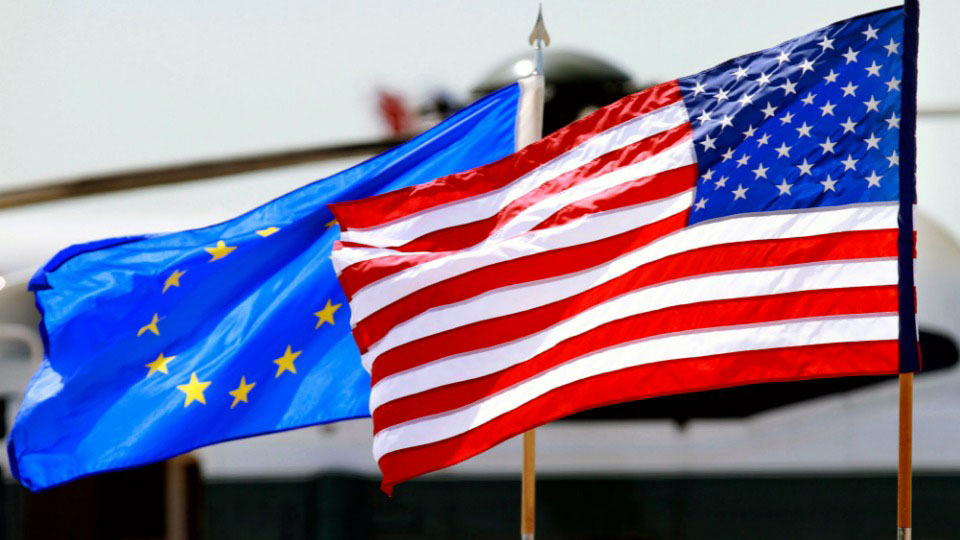 Russian bombs might be falling on Ukraine cities but many in the United States seem keen on running a victory lap. After Russian President Vladimir Putin announced  on February 24 what he termed a “special military operation” in Ukraine following weeks of tensions, the U.S. intelligence community and its boosters were practically howling in delight.

They had, seemingly every day, issued a new prediction for war since December—and in late February their prognostications had finally come true. Those who expressed skepticism at the possibility of invasion, myself included, were left eating crow while they basked in righteous vindication. At least that’s how they see it.

But this is a dubious honor at best. If someone sits down at the blackjack table and loses 10,000 hands in a row, you don’t call them a gambling genius after they win once. The same can be said for the whole of the 20th and 21st centuries; U.S. intelligence has flagrantly and repeatedly lied to hoodwink the people into supporting one disastrous war after another, and they show no signs of stopping.

We’re seeing the effects of this widespread amnesia already. In all the fierce denunciations of Russia emanating from the capitalist press, any appeals to context are drowned out in a wave of rah-rah bloodlust. Mere days ago it was acceptable to tentatively, cautiously acknowledge NATO’s role in this crisis—if only to serve as cover for the paint-by-number pabulum that would inexorably follow. But the truth is far more damning. The regrettable situation we now find ourselves in is a direct result of the U.S.’ protracted attempts to turn Ukraine into a catspaw for its interests, as well as those of its military alliance.

Ukraine’s history is long and complicated, as is its relationship with Russia. But if we want to trace the present morass to its proximate origins we can look to 2013, when then-president Viktor Yanukovych rejected an association agreement with the European Union. He chose instead to sign a more favorable package with Russia, absent the onerous conditions the EU was demanding for the Ukrainian economy.

The response from Ukraine’s western and central regions, who have long considered themselves more aligned with Europe or a Ukrainian nationalism than with Russia, was immediate. Protests turned violent, and neo-Nazi militias intent on wiping all Russian influence from the country took the lead in ousting Yanukovych from office.

Those far-right militias and nationalist groups now exert a great deal of say over Ukrainian policy despite holding few elected positions. Several have been incorporated into the country’s army and national guard. It is due in no small part to their pressure that Ukraine was unable to implement the Minsk agreements, designed to bring an end to civil war in the east and grant autonomy to the culturally and linguistically Russian areas of the country.

But this is by design. Intransigence in negotiations was exactly what the U.S. and NATO were banking on in their efforts to pull Ukraine closer and use the state as a staging ground for troops and long-range missiles. With Russia backed into a corner and Ukraine’s pleas for the West to stop fanning the flames falling on deaf ears, this conflict was inevitable—and remarkably advantageous for certain parties. Funny how things work out.

The oft trumpeted notion of NATO as a purely defensive alliance has always been a convenient fiction But this was made more abundantly clear after the end of the Soviet Union when its stated mission of containment was rendered obsolete. In addition to slowly moving military installations closer to Russia’s border—in direct defiance of pledges not to expand eastward—the bloc has engaged in precisely the sort of belligerence it now denounces Russia for.

Was it an act of defense to drop bombs on the former Yugoslavia? Was it defensive to shoot down aircraft while imposing a no-fly zone in Libya, toppling a government, and turning a country with one of Africa’s highest standards of living into its poorest? Was occupying Afghanistan for over 20 years a defensive measure?

Just as the wars the U.S. and its allies have waged on sovereign countries have received no recrimination from an obedient press—and no attendant sympathy for their victims—there will be nary a peep about NATO’s acts of aggression now that the media and government are waving the bloody shirt.

We have been here before, of course. Those in the U.S. and Europe who dared express support for the Palestinians oppressed under Israel’s brutal apartheid regime, the Yemenis starved, bombed, and blockaded with Western support, or the millions of Afghans and Iraqis who lost friends and family were frequently the subjects of slimy smear campaigns, with their advocacy painted as treasonous. The treatment of NATO skeptics will no doubt follow the same playbook.

There’s a reason for this, one that runs deeper than the professed moral outrage of the commentariat and their corporate paymasters. By forcing Russia into this untenable position and aggravating tensions to the point of open conflict, the U.S.—with NATO as its enforcement arm—has ensured Europe will stay in its orbit for the foreseeable future.

As but one example, the Nord Stream 2 pipeline appears to be dead, at least for the time being. It would have provided a direct link for natural gas from Russia to Germany while bypassing Ukraine and cutting it out of lucrative transit fees. That’s music to U.S. ears, but bad news for Germans who count on cheaper Russian fuel during the winter. Much of Europe will be scrambling to find alternate sources of energy now after debilitating sanctions have been levied on the Russian economy. Lo and behold, the U.S.’ multinational behemoths have come to the rescue, offering the gas they need at higher cost. One might be tempted to call it a miracle.

To be clear, this conflict should end as soon as possible, with a negotiated settlement and a lasting peace. Ordinary people in both countries are the ones who will suffer most; Ukrainians from the devastation of war and Russians from the punitive sanctions designed to crater their country’s economy.

The only people who stand to benefit are the weapons makers and the energy barons, who get dollar signs in their eyes at scenes that make thinking, feeling human beings weep. (IPA Service)