With Resistance Mounting In Ukraine, Putin May Expand War Zone 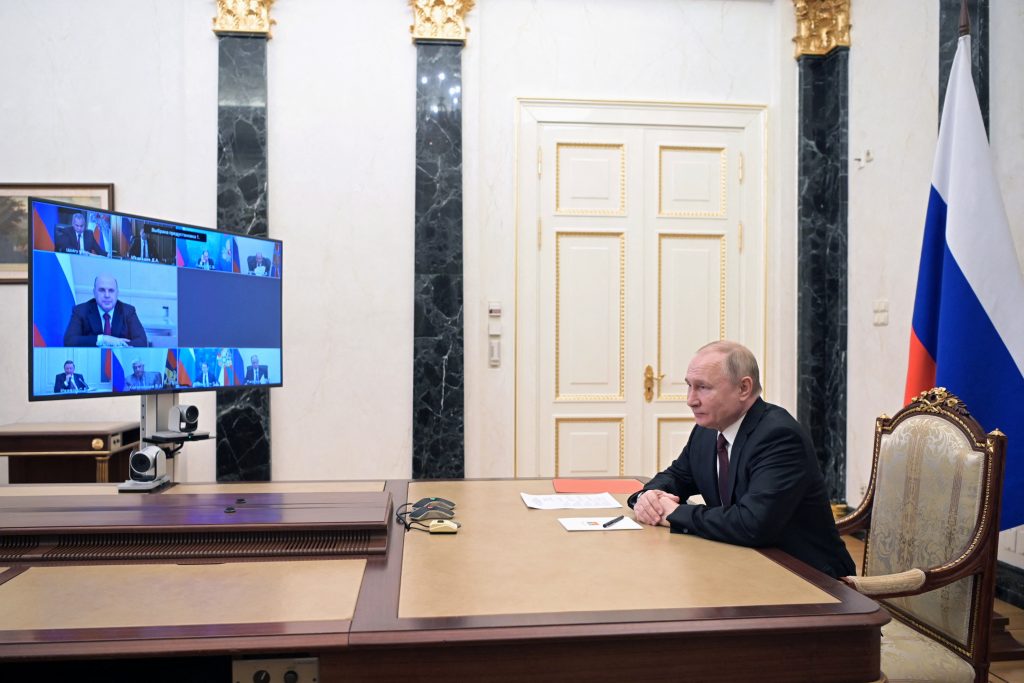 Russia’s war in Ukraine gives no signs of coming to an end even after two and half months of deaths and destruction. So far Russia couldn’t advance considerably inside Ukraine as it has expected, due to fierce resistance from the Ukrainians and strong Western support. The West is very concerned about Ukraine as it is situated at the doorstep of E.U and NATO, both of which has a vested interest in ensuring that the country’s sovereignty is maintained and that Russia’s aggression is curtailed. Having failed to achieve its objectives of a blitzkrieg victory in the early days of its invasion, Russian military now appears to be settling in for a much longer war, “a deliberate, cynical strategy to besiege Ukraine, cut them off, bomb them and starve them into submission” immediately.

Anything but victory could be perceived by Putin as an existential threat. That is why it is quite probable he’d claim victory over Ukraine during the victory day celebration to commemorate the victory over Germany in World War II. As Vladimir Putin is determined to win, so are Ukrainians. Having failed to achieve instant victory, Putin showed his willingness to deploy scorched earth tactic in Ukraine like he did in Syria and Chechnya beforehand. Moscow’s brutal bombardment on Ukraine’s cities and towns are deliberated, pre-meditated and tactical in this prolonged war of attrition. It appears both sides are getting ready for protracted war that is showing increasing signs of spilling beyond the battlefield.

Both in Washington DC and Moscow there is a common acknowledgement that this war is far more than Ukraine and maybe opening engagement in a prolonged and wider geopolitical struggle; one that extends far beyond the grounds of Donbas and could define Europe’s landscape well into future.

From warning of going nuclear to stocking energy crisis and perhaps still fresh territories to invade, Russia has ramped up threats recently; but so has the west. The US and NATO are readying huge shipments of heavy weapons and military equipment to help the Ukrainian forces on the ground. An aid package of 33 billion dollars for Ukraine is proposed and going to pass in the US Congress. This aid would help Ukraine to withstand months more of Russian aggression that followed a remark by Defense Secretary-Lloyd J. Austin this week, “US wants to see Russia weakened to the extent that it could not do the kind of things that it has done in invading Ukraine.”

Austin’s remarks initially caused some discomfort amongst European allies, notably France, over appearing to swell war aims beyond the immediate defense of an ally. But renowned war analysts like Don Hamilton noted “They said that’s not our approach to this but it is certainly Poland’s approach, the Baltic State’s approach, Ukraine’s approach to it.” Russia’s decision meanwhile, to cut off oil supply to Poland and Bulgaria was viewed in the west as a major escalation. It is to be noted that Russia thought Poland and Bulgaria are shipping Russian oil stealthily to Germany and some other European countries.

William Alberque-Director of London based International Institute for Strategic Studies said, the move showed how for Russia “all other non-military instruments of power are now in play…….whether trying to call in favours from Hungarian President Orban, lending help to Marine Pen to win the election in France, or the direct use of energy weapon in Poland and Bulgaria to try to get ahead of Western sanctions,” Putin is trying to wedge a divide in western unity. If he remains in power still 2024, he will more aggressively lend support to see Trump or any other ‘Trumpist’ to win the US presidential election.

Rhetoric from Kremlin has become increasingly bellicose recently. “We Have all the tools for these ones that no one can brag about. And we won’t brag. We will use them if needed”-Putin said. Russia’s foreign minister Sergei Lavrov’s warning that western arms shipment in Ukraine are a ‘legitimate target’, raising the prospect of a direct conflict between Russia and NATO members. He also said that the prospect of deploying nuclear weapons ‘should not be underestimated’. To show its intent Russia had successfully tested a new nuclear-capable international ballistic missile recently.

Russia, under Putin, believes quite rightly that threats often work to compel their foes towards inhibition and limit their decision making. It worked before for Moscow in 1999 after the NATO bombing Yugoslavia, during the 2008 Georgia war and most recently when Denmark tried to join NATO’s missile shield.

Not only the nuclear threat, Russian military commander Rustam Minnekaev appeared to suggest that Russia is targeting an invasion of Transnistria, an unrecognized breakaway of Moldova, on Ukraine’s southwestern flank. Moldova is also in the hit list of Russia. Putin’s generals have laid out new war aims – the seizure of entire southern Ukrainian coast-to strangles the country by cutting off its access to the Black Sea.

The US and NATO are under no illusion that Putin was evaluating the Possibility of widening the war .In addition to redoubled US support to Ukraine and more stringent economic sanction on Russia, E.U countries –notably Germany, appear to have overcome the initial reluctance and hesitation to provide Ukraine with lethal military weapons even after Lavrov’s nuclear warning, to cope up with the War’s changing dynamics. It is noted to be understood in this context , that both the major parties  have a common hidden interest in this conflict ,i.e, Arm’s Bazar, sales of their armament to intending countries around the world .War gives them the window to exhibit their range of weaponries in a competitive arms market.

The war is in a different phase now that it was late February to early April .After shooting international stardom for his response to the invasion, Ukrainian president Volodymyr Zelenesky was unlikely to accept any settlement that would allow Russia to keep the territory it has seized .Nor is Putin likely to accept any demand to return it, specially the Donbas area.

The best case scenario might involve a seize fire and a protracted line of control, where areas under Russia’s control would be challenged continuously; as happened in Kashmir in 1948, where Pakistan stealthily invaded and occupied a portion of Kashmir which was legitimately a part of India, with troops from both sides engaged often for years in small and big skirmishes. And Russia’s top brass also recognize the fall out of the Ukrainian war. Russian general Minnekaev recently commented –‘Now we are at war with the whole world.’

A new era of ‘Cold War’ is looming on the horizon. ‘Geopolitics is back’-British Foreign Secretary Liz Struss said in a speech in London, – ‘After the Cold War we thought peace ,stability and prosperity would spread inexorably around the world, we were wrong.’

The world is watching its outcome wearily. (IPA Service)

The Amarawati Ranas Are Back To Their Mindless Showboating
Posting....