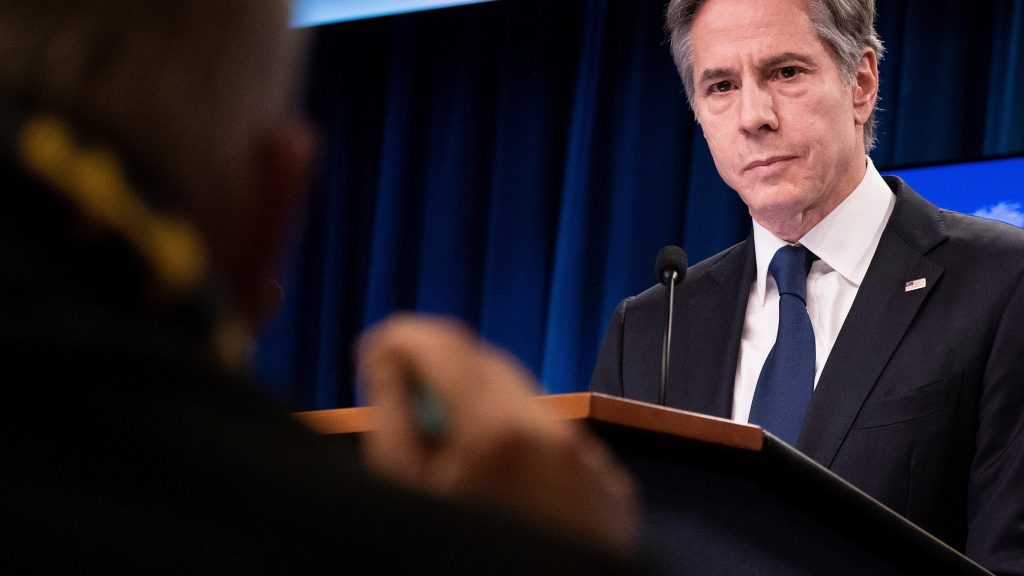 While major media in the U.S., both conservative and liberal, have everyone on edge waiting for a Russian “invasion” of Ukraine, they ignore the reality that the U.S. has already “invaded” not just Ukraine but numerous other countries in the region.

The Biden White House revealed Monday that as many as 50,000 U.S. troops, along with warplanes, tanks, and missiles, could be on their way to Eastern Europe and announced Tuesday morning that 8,500 U.S. troops are now on “high alert” for deployment to the region. No mention was made with those announcements, however, of the fact that thousands of U.S. troops and plenty of offensive U.S. weapons are already stationed in Eastern Europe, many positioned right along the borders of the Russian Federation.

France, Denmark, and the Netherlands, under pressure from the U.S. and NATO, have announced their own deployment of troops and weapons to Eastern Europe.

Poland, formerly a member of the Soviet-led Warsaw Pact alliance, already has some 5,000 U.S. troops stationed within its borders, not to mention a host of U.S. weapons accompanying those deployments. A similar number of U.S. troops and weapons are stationed in the Baltic states of Lithuania, Latvia, and Estonia. They have been staging and continue to stage manoeuvres near the Russian border.

U.S. troops numbering at least in the hundreds are stationed inside Ukraine, around the city of Lvov, where they are said to be “advising” Ukrainian troops. Although it is known U.S. troops are already inside Ukraine, the number that could be positioned in the eastern part of the country near the breakaway regions of Donetsk and Luhansk, populated mostly by ethnic Russians, is unclear. Huge numbers of Ukrainian troops, many of them members of fascist organizations, are already engaged in periodic fighting along the borders of the ethnically Russian regions.

U.S. military planes are flying inside Ukraine, crisscrossing the skies over that country in a dangerous game. Also flying in Ukrainian airspace and near Russian airspace along the borders are U.S. spy planes that listen to any and all military and other ground communications. So far, those planes have picked up no indication that the Russians are beginning a ground invasion of Ukraine. The existence of the spy planes and the job they are doing were admitted to Monday even by the New York Times, a consistent supporter of the war hysteria over Ukraine.

In another warlike move, the United States, the U.K., and Canada have ordered personnel out of their embassies in Kiev. The Ukrainian government itself objected to this move, calling it “premature.” The Ukrainians say there actually has been no change in the security situation they are facing since Russian troops deployed on Russian territory along the border have been there since last April.

In parliament Monday, Ukrainian Defense Minister Oleksii Reznikov said that “there are no grounds to believe” that Russia is preparing to invade imminently. He said there are no signs that Russian troops have formed what he called a “battle group” that could cross the border by force. “Don’t worry, sleep well,” he told Ukrainians. “No need to have your bags packed.”

MSNBC reporter Matt Bradley, reporting form Kiev Monday described a city where everyone seemed to be going about their business as usual, shopping, going to school, and commuting to work. He even noted that members of the public thought that an invasion from Russia would not happen and that the controversy was the fault of the U.S. and NATO. That dispatch, at 9 a.m. central Monday, was the last one like that coming from Bradley. He has submitted no further reports regarding public reactions in Kiev.

While the U.S., through NATO, rails about growing Russian “aggression,” it deflects from the reality that it is the U.S. that has and is increasing the number of troops almost everywhere in Eastern Europe, including in Ukraine. The U.S. is trying to conceal that it is building a huge potentially offensive military force along Russia’s borders.

Meanwhile, so-called “democracy” advocates are being called upon to support the war hysteria. Garry Kasparov, the one-time world chess champion and modern day self-proclaimed democracy champion, criticized Biden in a television interview Tuesday morning, saying “It would be better if [U.S. Secretary of State] Anthony Blinken was president.” Blinken, of course, has been even more hawkish than Biden during this crisis.

Kasparov said the U.S. should be sending even more weapons than it has, and he attacked Germany for being a “corrupt” country due to its willingness to purchase natural gas from Russia. Germany is dismantling its nuclear power plants and using natural gas during its transition to clean energy. It has been unwilling to close off relations with Russia for this reason.

As the war hawks continue beating the drums, there must be a bigger than ever push for diplomacy. Ukraine is a very corrupt entity run largely by anti-democratic and fascist forces. If the European Union were to take its own pro-human rights constitution seriously, Ukraine would not qualify for membership in the group. NATO, of course, has counted fascist regimes as members before, such as António de Oliveira Salazar’s dictatorship in Portugal. It was among the military alliance’s charter members in 1949.

Indications are that Russia’s bottom line in this conflict is stopping Ukraine from joining NATO, and it wants promises that the United States will never place offensive military weapons on its borders, particularly in Ukraine. Stationing such weapons there would cut off any possibility of diplomacy and likely leave the Russians feeling they have no choice but to intervene.

If we were not dealing in the U.S. with a foreign policy establishment dominated by the Pentagon and the dangerous military-industrial complex, there would be more than enough grounds for pursuing diplomacy rather than war. (IPA Service)

Horsemen Parade On Republic Day Has A Chequered History Since 1773
Posting....