Uddhav Thackeray Is Right In Calling For Fresh Polls In Maharashtra 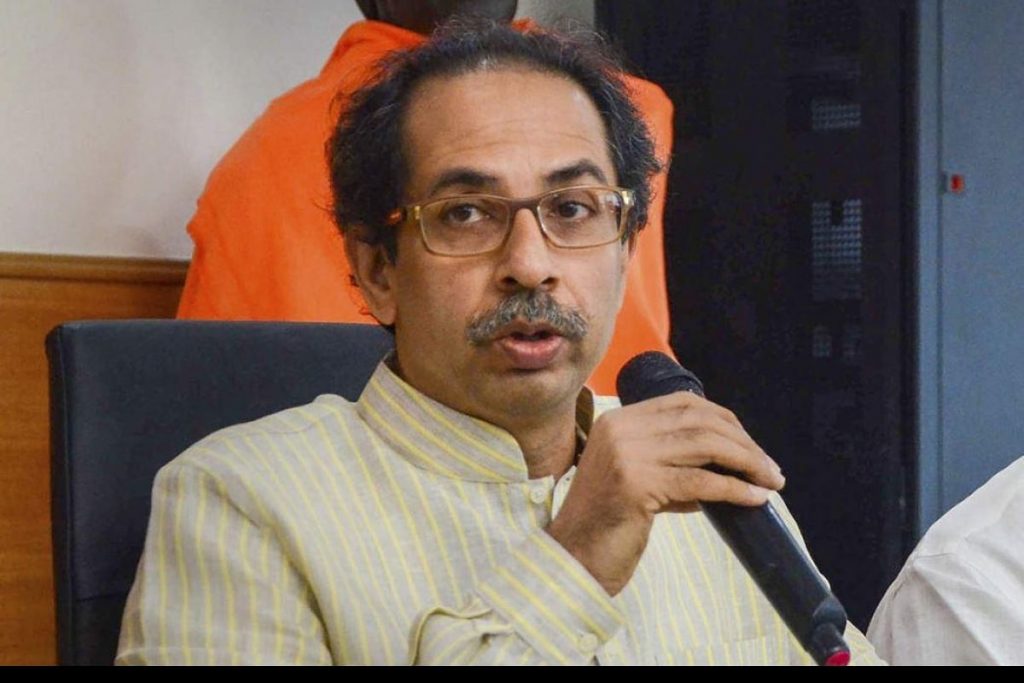 Uddhav Thackeray’s challenge to the man who replaced him, Eknath Shinde, to hold fresh elections in Maharashtra hasn’t elicited response, and likely would not because the Shinde-Fadnavis dispensation cannot for all the money in the BJP’s war-chest hazard a guess on which alliance will win the civic body elections, which is where the next test of strength will be on display.

The floor test Shinde won with relative ease —165 to 99. But there still remains another Supreme Court test before the Shinde-Fadnavis regime can breathe easier though it is unlikely that the top court will disturb the new status quo. That leaves only the civic body elections and even a child in Maharashtra knows who has been calling the shots there, without doubt the Shiv Sena.

But it’s the state elections that Uddhav Thackeray wants. Thackeray believes the ordinary Shiv Sainiks continue to be with the Shiv Sena of Balasaheb Thackeray, and no wannabe usurper will be able to take it away from the Thackeray family; definitely not an “auto-rickshaw driver” who stabbed the Thackerays in the back, the first chance he got.

The feeling in the Thackeray camp is that Eknath Shinde and Devendra Fadnavis must have been planning the “betrayal” for weeks if not months. The mistake was that Uddhav Thackeray could never have imagined that somebody who had been elevated to prominence in the Shiv Sena over a lot many others would renege against the family.

The Thackeray camp believes punishment is due to Eknath Shinde and his band of rebels. And the best just desserts for chameleons, who had like rats deserted what they thought was a sinking shop, is to be booted out in fresh elections. And ordinary Shiv sainiks, those who control the streets will deliver the parting shot to these breakaway leaders.

Uddhav Thackeray is not only smarting from the betrayal, he is also fuming at the very thought that the rebels want to get a hold of the party and the party’s bow-and-arrow election symbol. That would be adding insult to humiliation, and there couldn’t be a bigger betrayal in the land of Shivaji!

Uddhav Thackeray was caught on the wrong foot when Shinde made the midnight escape to Surat along with a suite of MLAs. By the time he caught on, it was too late, the rebels were in enemy territory. Now, after all the dramatics is so much water in the Brahmaputra, Uddhav is asking Eknath why he waited “two and half years”, which is not what “respectful people” do.

Uddhav Thackeray should know, at least now, that Shinde is no gentleman in white flannels. Thackeray can’t appeal to the honest and fair in an “auto-rickshaw driver”. Shinde will make a hard try for the party symbol. And Uddhav Thackeray knows this, too. Therefore, the foreboding, and the repeated assertions that “no one can take the bow and arrow symbol from the Shiv Sena.”

But it is not so easy for even Shinde, the Thane strongman, now also Chief Minister. Uddhav Thackeray is no run of the mill party president. He is a Thackeray, and is “life President” of the Shiv Sena, just like Balasaheb Thackeray was. No ornery Shiv Sainik can brush Uddhav aside and pluck his way to the top.

There is another difference that works in favour of Uddhav Thackeray and that has to do with ‘Hindutva’. A lot has been written and spoken about how Uddhav Thackeray, for the love of power, dumped Hindutva and embraced the secular. And that Shinde & Co., rebelled because of this betrayal, which Uddhav has denied with all the vehemence at his command.

Eknath Shinde is also running the risk of ending up on the wrong side of history. Shiv sainiks are comparing Shinde to Afzal Khan, the Adil Shahi commander who came to secure the surrender of Shivaji but ended up dying at the hands of the Marathas. Playing the sympathy card, Uddhav Thackeray has accused Shinde of remaining silent when the BJP “abused” the Thackeray family.

“You betrayed your own party” is the Uddhav Thackeray Shiv Sena’s epitaph for Maharashtra Chief Minister Eknath Shinde. It says the Shiv Sena cannot be finished off just because a bunch of MLAs rebelled and left. And that there’s a difference between the legislature party and the registered party. The bottom–line is that the Shiv Sena-saga is far from over, not by a long shot. (IPA Service)