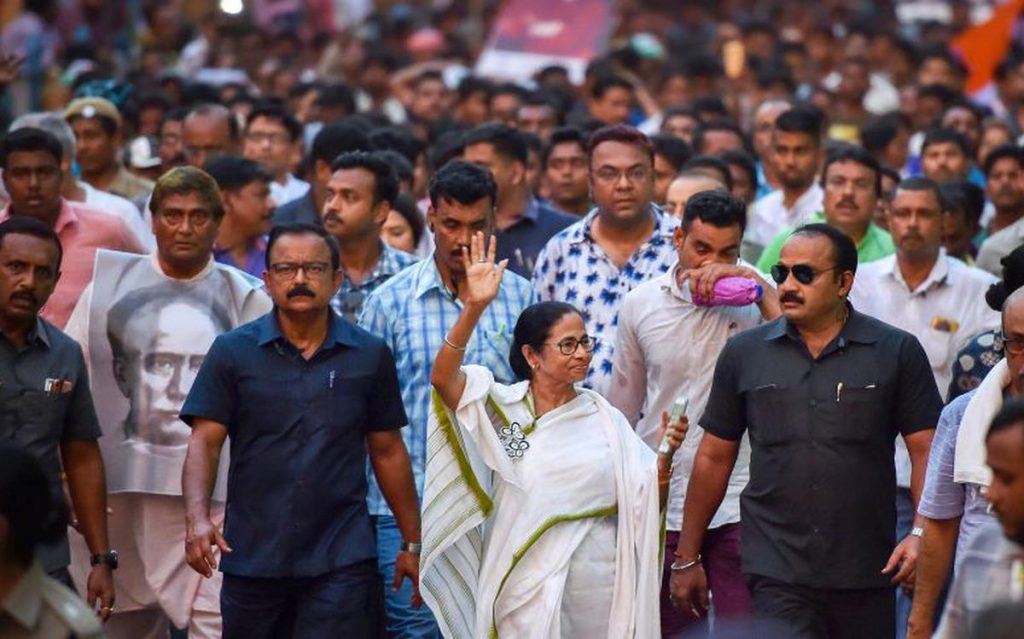 Led by Mr Anit Thapa, the BGPM won the mandate to form the 45 member GTA policymaking Board. The TMC won a seat for the first time, while the newly set up Hamro Party, led by Mr Ajoy Edwards, won 8 seats. Independents won five seats.

Other major political contenders including the Gorkha Janmukti Morcha (GJM),the BJP and the Gorkha National Liberation Front (GNLF), boycotted the elections held after a delay caused by the Covid 19 pandemic and other reasons. Each party gave its own reasons for not contesting.

The BJP held the GTA itself to be ‘an unconstitutional entity’, a stand announced by the party’s lone MP from the region Mr, Raju Bista. The GJM led by prominent Gorkha leaders and newsmakers Mr Bimal Gurung and Mr Roshan Giri, both generally regarded as representatives of the ‘militant’ Gorkha sentiments, also stayed away. So did the more moderate Gorkha National Liberation Front (GNLF), a party set up by the late Subas Ghishing.

The party alleged that the state Government was never serious about giving long aspirant Gorkhas a significant measure of political autonomy, despite various official promises from Kolkata from time to time. The first GTA elected in 2011 could hardly function effectively, lacking both administrative acumen and adequate financial assistance from the state Government, despite repeated reminders and requests.

Both BJP and GJM parties alleged that contrary to all official promises/commitments, the GTA elected in 2011had neither minimum autonomy, nor funds, nor properly assigned functions for the few officials who had been appointed, let alone adequate financial assistance for different departments that mostly existed on paper.

Officials based in Delhi and Kolkata refuted some of these allegations. They pointed out that there had not been a proper accounting for the official sums received from time to time by the GTA on various heads. Despite repeated reminders, details of expenditures incurred on welfare projects intended to improve roads, medical facilities, setting up schools in the hills were not furnished. Instead, there had been occasional complaints about corruption at the grassroot level.

Over time, general grievances spread among a significant segment of Gorkha voters, who openly criticised the central Government for not settling the historical demand for separate statehood and the state Government for allegedly neglecting the minimum demands of the people as well as ignoring their economic development. Despite their initial enthusiasm, lack of visible progress at the grassroot level led to a general disillusionment over the GTA’s functioning.

In recent years, all major parties including the BJP, Congress, the CPI(M)-led Left front and the TMC, had come in for sharp criticism from especially youthful aspirant Gorkha voters, as the demand for a separate state became stronger. The nearly decade-long delay in organizing the second round of GTA polls also added to bitter disillusionment about some political parties and their leaders.

Trinamool Congress, however, made a major breakthrough in North Bengal through its victory in Siliguri polls. In the Siliguri Sub-divisional Council polls, the TMC bagged 320 out of 462 seats, while the BJP won 86 seats, Congress 21 and the CPI(M) 15. Independents won 20 seats. Further, in the six by elections in six North Bengal municipalities, the TMC won 4 seats as against one each by the CPIM) and Congress.

There was no question about the better showing put up by the TMC this time. Chief Minister Mamata Banerjee thanked the people of North Bengal for their increasing support and said the peaceful elections held would strengthen the cause of democracy. She called for better, more harmonious relations between the people of the hills and the plains.

In fact, according to north Bengal media accounts, even Hamro Party leader Mr Edwards expressed his surprise over the new found support for the TMC from a section of the people.

Supporters of parties boycotting the polls, pointed out that both the TMC and Hamro parties had taken advantage of the absence of major forces like the BJP or the GJM staying away, recording impressive wins/gains in the political space left vacant.

While the first steps were being taken in Kolkata to ensure a smoother functioning for the newly elected GTA, there was a clear indication that the old demand for a separate Gorkha-ruled state was about to be revived. As soon as the results were announced, Mr Thapa, BGPM leader in his very first statement as the new GTA head, announced that he would sponsor a unanimous resolution demanding a separate state for the Gorkhas. Considering his reputedly warm ties with the TMC, this came as a surprise.

Observers said such a move would pit the BGPM in a directly confrontational course vis-à-vis the TMC.As Chief Minister Ms Banerjee had declared strongly that as long as she was in charge, there would never be another division of West Bengal. Broadly her stand had been supported by Congress at the centre.

However, it was the BJP that seemed to split over the demand for a separate state. Gorkha leaders like Mr Gurung and others have always made it a point to meet North Indian BJP leaders in Delhi or in the hills to press for greater Gorkha autonomy and a loosening of ties with the Bengal administration.

In Kolkata and elsewhere, most Bengal-based BJP leaders also opposed the demand for a separate statehood, presumably to retain the party’s following among Bengali Hindus.

It remains to be seen how the ruling TMC, with its patently uneasy relationship with the central BJP leaders, handles the new challenge apparently emerging from the BGPM. Further, its task will be more difficult in that besides the demand for a separate Gorkha state, there have been fresh slogans for a separate Kamtapur (Rajbongshi) state to be carved out several districts in Assam and North Bengal.

Overall, Bengal chief minister has enough reasons for being optimistic about the Trinamool prospects in North Bengal. The BJP base is shrinking and the party is not able to combat the all out drive of Trinamool to regain the seats lost in North Bengal during 2019 Lok Sabha elections. The Left front, especially the CPI(M) had a strong base in Siliguri under the leadership of former mayor Ashok Bhattacharya. That is gone now. The CPI(M) has emerged as the fourth party after the TMC, BJP and the Congress in the Siliguri polls. The left cadres are getting marginalized as TMC supporters occupy all levers of power in the region, followed by the BJP cadres who are always getting support from Delhi in terms of resources and opportunities. (IPA Service)

Opposition Is On Backfoot Now In Offering Big Challenge To The BJP
Posting....