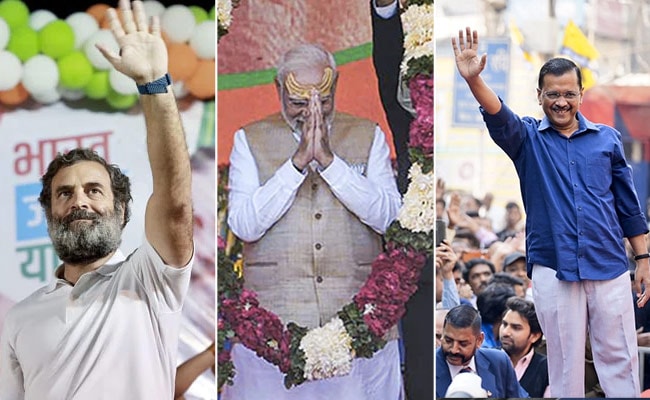 Gujarat will today witness high voltage campaigning ahead of Assembly elections scheduled for next month, as all top leaders of the top three parties staking claim to power will address several rallies across the state.

Rahul Gandhi, on his second visit to Gujarat in two-and-a half-months, will address rallies at Mahuva in Surat district and in Rajkot city.

The elections for the 182-member state assembly will be held in two phases on December 1 and 5. The counting of votes will be taken up on December 8.

The BJP has been in power in Gujarat for over 27 years, and is seeking its seventh term in office.

Prime Minister Narendra Modi has been Gujarat’s longest-serving Chief Minister, from 2001 till 2014.

Aam Aadmi Party (AAP), which has named Isudan Gadhvi as its Chief Ministerial candidate, is trying to position itself as the primary challenger to the ruling party with promises to replicate its ‘Delhi model’ of governance.

For the Congress, which has seen a constant decline in its electoral fortunes, Gujarat is critical to rejuvenate its cadre in the run-up to the 2024 Lok Sabha polls.

In the last state elections, BJP won 99 seats, Congress 77, and one seat was won by NCP, while Bhartiya Tribal Party and independent candidates won two and three seats respectively.