Taliban clamp down on higher education for girls 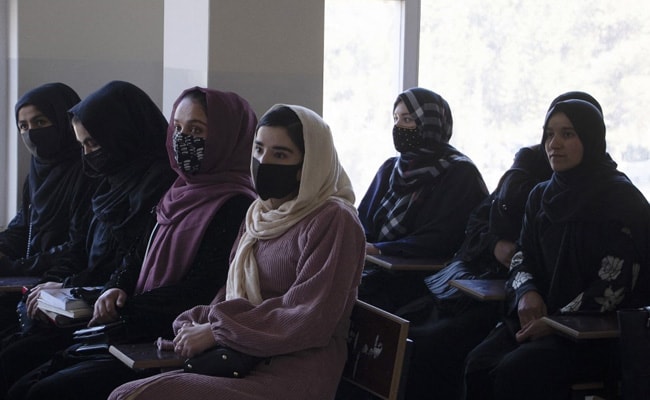 The Taliban authorities on Tuesday ordered a nationwide ban on university education for females, as the hardline Islamists continue to crush Afghan women’s right to education and freedom.

Despite promising a softer rule when they seized power last year, the Taliban have ratcheted up restrictions on all aspects of women’s lives, ignoring international outrage.

“You all are informed to immediately implement the mentioned order of suspending education of females until further notice,” said a letter issued to all government and private universities, signed by the Minister for Higher Education, Neda Mohammad Nadeem.

The spokesman for the ministry, Ziaullah Hashimi, who tweeted the letter, confirmed the order in a text message to AFP.

The ban on higher education comes less than three months after thousands of girls and women sat university entrance exams across the country, with many aspiring to choose teaching and medicine as future careers.

After the takeover of the country by the Taliban, universities were forced to implement new rules including gender segregated classrooms and entrances, while women were only permitted to be taught by women professors or old men.

Most teenage girls across the country have already been banned from secondary school education, severely limiting university intake.

The Taliban adheres to an austere version of Islam, with the movement’s supreme leader Hibatullah Akhundzada and his inner circle of Afghan clerics against modern education, particularly for girls and women.

But they are at odds with many officials in Kabul and among their rank and file who had hoped girls would be allied to continue learning following the takeover.

Women have been pushed out of many government jobs — or are being paid a slashed salary to stay at home. They are also barred from travelling without a male relative, and must cover up outside of the home, ideally with a burqa.

In November they were also prohibited from going to parks, funfairs, gyms and public baths.

In a cruel U-turn, the Taliban in March blocked girls from returning to secondary schools on the morning they were supposed to reopen.

Several Taliban officials say the secondary education ban is only temporary, but they have also wheeled out a litany of excuses for the closure — from a lack of funds to time needed to remodel the syllabus along Islamic lines.

Since the ban, many teenage girls have been married off early — often to much older men of their father’s choice.