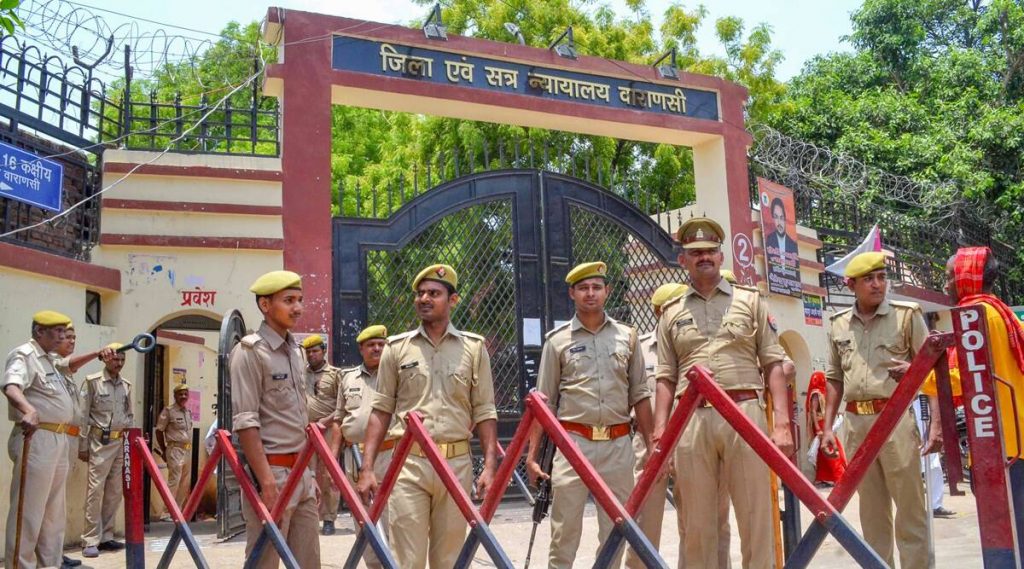 The Supreme Court order of May 20, transferring the suit on the Gyanvapi masjid dispute from the civil judge (senior division) Varanasi to the district judge casts aspersions, though unintended, on the competence of civil judges in general.

The matter had reached the Supreme Court on a petition filed by the Mosque Management Committee, which challenged the civil judge’s orders. The order permitted inspection, survey, and videography of the mosque’s complex to collect evidence about the alleged existence of idol of Hindu deities inside the mosque, which is adjacent to Kashi Vishwanath temple. After the survey, the lawyers representing the Hindu side claimed that a Shivling was found at the Mosque premises. They filed an application for protection of Shivling, whereupon, the Civil judge directed magistrate, Varanasi, to seal the area where the Shivling was sighted. It also directed the deployment of CRPF to protect the sealed area and prohibit people from entering it.

The mosque managing committee had filed an application before the civil judge seeking the rejection of the plaint on the ground that it was barred by Placing of Worship (Special provisions) Act, 1991—it prohibits individuals and groups of people from converging, in full or in parts, a place of worship of any religious denomination. It was argued before SC that given the said Act, the suit was liable to be rejected at the threshold as the Civil judge had no jurisdiction to entertain the same, much less to pass the aforesaid interim orders.

It was further argued that not only did the civil judge proceed with the suit but also pass the interim orders that are coming in the way of Muslims offering Namaj — they are not being allowed to use the pond close to the protected site for performing wuzu which is the essential part of their prayers. It was thus alleged that the religious character of the mosque is being sought to be changed. The committee prayed for stay of the proceeding before the civil court.

The Supreme Court has not found any fault with the order of the civil judge, though there is also a view that it was mandatory on part of the civil judge to have to first pass any order on whether he has jurisdiction to entertain the suit. And only after holding so, he would have proceeded to pass the interim orders. However, it been so, it would have set the order aside or changed it or stayed the proceedings.

So, in a way, the SC has affirmed the orders of the civil judge, no one alleged, that he was biased and not competent nor did anyone ask for transfer of the case from him. The Civil Court had territorial and pecuniary jurisdiction to deal with the matter. Why then the SC has transferred the matter to the court of district judge? The only ground in its orders pertains to complexity of the issues involved and their sensitivity. Therefore, according to the apex court, the matter needs to be dealt with by a senior and experienced judicial officer. Does this mean the civil judge is not competent to decide a complex matter? Is SC not passing an adverse observation about the competence of all civil judges?

The SC with the stroke of a pen—and without finding any fault with the order of the civil judge – has seemingly declared civil judges to be not competent to decide the matter alleged to be complex. Who will decide whether the matter is complex enough to be taken up by a superior judge? When the Civil Procedure Code, the High Court rules and orders invest a civil judge with jurisdiction, why take it away merely on the plea that the matter is complex?

Almost every day, we hear the Hindu groups laying claims to the mosques on the ground that they were built by razing temples to the ground by Muslim rulers. Today it was Gyanpati Masjid, tomorrow it will be ShahiIdgah Mosque and another day it will be Jama Masjid, Bhopal. All such cases will be no different from Gyanvapi mosque. They will be equally complex and sensitive. Nobody knows when, such moves which threaten the rip apart social fabric of our country will come to an end. And who knows when such matters may land before Supreme Court again. With the greatest respect for the apex court, will it transfer all such cases to district judges? If yes, then why we have civil judges at all? If not, then transfer of the case to the district judge has set an unhealthy precedent and will have a demoralizing effect on the subordinate judiciary.

In the recent past, many lower-level judicial officers have passed outstanding orders in matters concerning the liberty of citizens, which are under threat as never before. Let us, therefore, not underestimate their competence. The subordinate judiciary provides the foundation of our judicial system. Do not shake it.

During the hearing in the Supreme Court, on the question of whether The Places of Worship Act, 1991 debars filing of any suit relating to the places of worship as they stood on August 15, 1947, one of the judges is reported to have remarked that the ascertainment of religious character of a place may not necessarily fall foul out of section 3 of the Act. Any word written or spoken by the SC carries its own weight. Hence, with all respect such a comment should be avoided, especially, when matter is still to be decided by a subordinate court. It is hoped that district judge to whom the case has now been entrusted will not get weighted down by the aforesaid remark. (IPA Service)