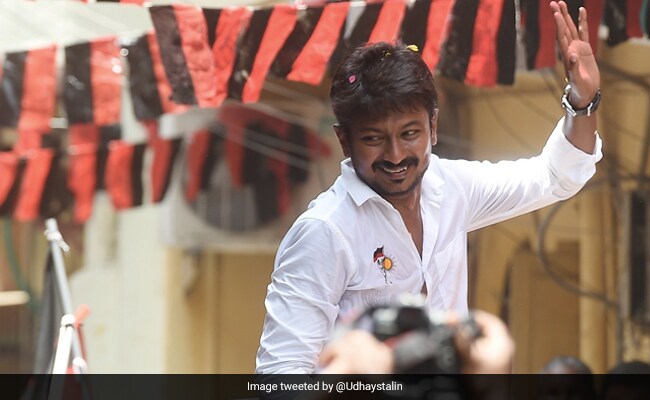 Tamil Nadu Chief Minister M K Stalin’s son Udhayanidhi will reportedly be sworn in as a minister on Wednesday. The youth wing secretary of the DMK and MLA’s swearing-in ceremony will be held at 9.30 am.

“The Chief Minister of Tamil Nadu (M K Stalin) has recommended to the Governor of Tamil Nadu (R N Ravi) to induct Udhayanidhi Stalin, Chepauk-Thiruvallikeni Assembly Constituency in the Council of Ministers. The Governor has approved the recommendation. The Swearing-in-Ceremony will be held on 14th December 2022 at 9.30 A.M. at Durbar Hall, Raj Bhavan, Chennai,” an official release from the Raj Bhavan said.

The first-time MLA is likely to get the sports portfolio, indicating a cabinet reshuffle or dropping of a Minister, as per NDTV.

Udhayanidhi was elected in the 2021 Assembly election for the first time from the Chepauk-Tiruvallikeni Assembly Constituency.

An actor and filmmaker, he was a star campaigner for the party in the polls and his campaign style, like posing with a brick to target the BJP for the ‘delay’ in construction of AIIMS in Madurai drew attention.

He currently heads the youth wing of the DMK and is hailed by party workers as a successful organiser and go-getter, who made the youth wing scale new heights under his leadership.