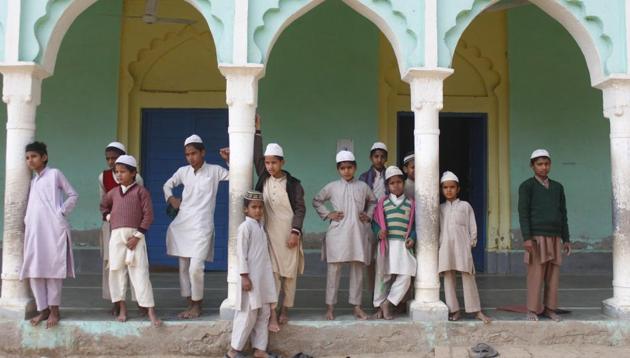 The Thursday morning nationwide crackdown on the Popular Front of India (PFI) begs the question “Why now, why today, why this morning?” It can’t be that the PFI was found engaging in “terror-funding”, and “terror activities”, just the night before? Terrorists and their handlers take time to set up terror factories, so what was the rub here, why now?

Both the Enforcement Directorate and the National Investigating Agency were involved in the raids-cum-arrests. By 11 am Thursday, over a 100 PFI activists, half of them top leadership, were in the NIA-ED net. Not just PFI, but also SDPI “terror funding suspects.” For a long time, much to the ire of rightwing hardliners, the Modi government had been giving a long rope to the PFI, which considered the Modi government a “fascist regime”. The BJP has never attempted to correct the impression, and the nomenclature.

The PFI, however, took it that the “India” in the “Popular Front of India” gave it legitimacy to dream big, and the absolute right to turn India into an Islamic country separate from Pakistan. A PFI document translated “popular” to just “10% of the Indian Muslims”. With that many Indian Muslims to back the PFI, the “Hindu fascists” would be out of a country!

Again, not surprisingly, in the PFI handbook, the “PF-Indian” is more “Bharatiya” than any ornery run-of-the-mill non-Muslim Indian. The audacity of the PFI boast to “takeover India” was only matched by the odiousness of the PFI claim. The PFI’s patronizing attitude cuts through like a dark shadow slices into a patch of bright light!

Thursday’s raids by the combined NIA-ED-State Police teams were at multiple locations, and in multiple states including in Delhi, Uttar Pradesh, Kerala Andhra Pradesh, Telangana, Karnataka, Tamil Nadu and Assam. Over 100 PFI “activists” were arrested by Thursday afternoon and transported to Delhi in the “largest ever investigation” to date of the Kerala-born PFI.

Buzzwords heard throughout the morning were “terror funding”, “training camps”, and “radicalization”. The searches were both at residential, and office locations. The media kept talking of “the proscribed organization”, not once mentioning that the PFI wasn’t a proscribed or banned outfit. Chances are the next step will be to ban it.

So, are the Modi Government and the BJP back to playing “Hindu-Muslim” which is a feature before every election? The Gujarat assembly polls are the next ones in line, and the BJP faces a Modi-like avatar in AAP convener Arvind Kejriwal. Also, the raids weren’t strictly unexpected. Similar raids were conducted on PFI targets in Andhra Pradesh and Telangana on September 18.

But how can the entire top PFI leadership be a bunch of “terrorists” and “terror-funders” if the rest of the outfit is pure-driven snow, without a blemish or a charge to their names? Everybody knows the PFI is blatantly communal, but everybody also knows that for ages, the Modi government had refused to take action against the PFI’s boisterously noisy activities which included terrorizing cowering non-Muslims in the streets.

So, why the sudden alacrity? The action against PFI comes in tandem with attempts to dismantle the Waqf infrastructure, and also an attempt at disciplining the madrasas. Both these actions were met with resistance, but nothing could be done to stop them because both the actions are above board, and within the precincts of the law of the land.

Not surprisingly Asaduddin Owaisi’s AIMIM, while asking for the Yogi government to back off on the “Waqf survey” issue, has asked that the “courts that deal with Waqf Board infarctions” should be handed over to the Muslims! The Centre, however, is keen that if any entity corrects the Waqf mess to help the “poor cheated Muslims”, it would be the BJP government of Prime Minister Narendra Modi, and nobody else.

Eight years of Modi rule and the Modi government wants to fashion a “Muslim policy”; not clear, yet, but a work in progress. While striking at the radicalized like the PFI is one part of it, other facets cover a lot of the life and lifestyle of the Indian Muslim. In its own convoluted manner, the RSS/BJP combine wants to bring the Indian Muslim under the “sabka saath, sabka vikas, sabka prayas” umbrella.

The actions against the PFI, the Waqf, and the radicalized Madrasas, come at a time when waves of ‘Hinduphobia’ are buffeting the safety and security of Hindus living in the United Kingdom with the blame squarely placed on the Hindutva ideology of the BJP active since May 2014, an ideology that has kept Modi in power for two terms, and will likely keep him in power for longer than thought. The government actions against the PFI will have a debilitating effect on the global fight against Hindutva. (IPA Service)

Nefarious Moves By Centre In Jammu And Kashmir Have Been Initiated
Posting....