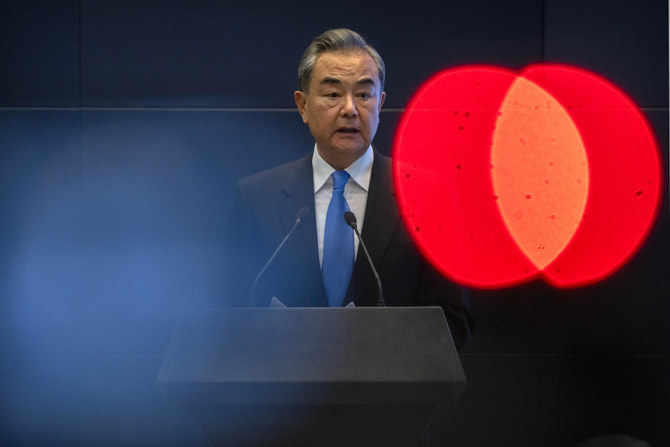 If you go into the details of the way the unannounced visit of the Chinese foreign minister, Wang Yi, was handled in New Delhi on Friday, India was clearly “cold shouldering” the initiative. It is important to remember the visit was from the foreign minister of a P-5 nation and China is a heavyweight in the global order.

Yet, the visiting dignitary was not given the opportunity of seeing the prime minister before he flew back.  The ostensible reason was that the prime minister was due to attend the government formation ceremony in Lucknow. Prime Minister Modi has been meeting foreign dignitaries and ministers from significant countries and China would have been on same footing, if not a clear message was being conveyed.

Atmospherics apart, even the most substantive objective of the Chinese visit —decoupling overall relations between the two countries from the border situation— was not acceded by India.

In sharp contrast, foreign minister Dr S. Jaishankar said: “I was very honest in my discussions with the Chinese Foreign Minister, especially in conveying our national sentiments on this issue. The frictions and tensions that arise from China’s deployments since April 2020 cannot be reconciled with a normal relationship between two neighbours”.

Despite 15 rounds of commanders’ feel talks on disengagement at the Himalayan borders, not much progress has been achieved in pulling troops back from the front lines. India has clearly conveyed its unhappiness over China transgressing several agreed norms and understandings on handling of the LAC.

Why then China made this unusual diplomatic move at this point of time, when it is fairly widely recognised in the diplomatic circles that China moves by signals and nuances. There are clearly some deeper strategic thinking on the part of Chinese diplomatic establishment or there would be some critical broader compulsions before the Chinese leadership.

Let us take a look at the possible direct or indirect considerations for such a visit. Two sets of factors could have weighed in on the Chinese, first strategic-diplomatic; and secondly, and possibly more immediate, economic compulsions.

China’s principal effort at unbundling the LAC with overall normalcy in relations could not have been unrelated to opening up of “normal” trading and economic ties with India. Since the border fracas, economic relations have rather been at a deadlock. Many of the Chinese technology firms remains blacked out of the Indian market and the prospects of a bursting market has been cut off. These economic considerations are a prime focus for China.

The Chinese economy has been slowing down, despite the best efforts to bolster it up with stimulants. The growth prospect is set at around 5% and that also could be a far cry. The Chinese banking sector is saddled with large loans burdens which might turn sour.

The massive housing and property boom of yesteryears is a behind and the biggest of them has been staring at loan repayments defaults. Several other real estate companies are equally facing prospects of liquidation. An economy which was running on the steam of its real estate boom could falter once that entire segment is under cloud.

The Chinese financial sector is equally hobbled as a collateral damage from the tanking of the housing sector. They are even otherwise stretched far too much on credit expansion at break neck speed.

Lastly, as if it could not have done anything else, the Communist Party and its supreme leader have damaged the swinging technology heavyweights of the country. These firms were working overtime with their financial valuations as well as critical investments in future segments. All that has become a memory of the past now.

In a situation of this overall deceleration, the Ukraine war could not have come at a worse time. When a stable global situation and comfortable growth prospects could have driven the Chinese industries with recovering exports, the world economy looks set for a similar slackening. How could a large outward bound economy look forward to comfortable sailing in an uncertain overall situation.

In this kind of a sudden turn, Chinese could be extremely careful about getting sucked up in the rouble over Ukraine. China’s “limitless friendship” with Russia at this point of time could become a source for limitless woe. How come?

If China offers to help Russia tide over the crisis and in the process gets entangled in the global sanctions regime that could spell virtual doom for its economy. Chinese companies, which are global in operations and ambitions, could become seriously restricted by the sanctions regime and could find themselves town out in the cold.

So, China would be extremely happy to get the wink of India’s positions on sanctions regime. How would India handle the sanctions and could it get embroiled in these disputes. China would have discussed these issues and Wang Yi could be carrying back his impressions about India’s stand on such matters.

The indisputable fact is that the Ukraine war has changed the geostrategic balance. Geo-economics would play a critical part too. In this changed world, China is feeling rather upended. Its limitless friendship had come at a bad time. China is alienated with the United States. It is now suspect in the eyes of EU.

India on the other, is far closer now to the West and Europe. Its association with the QUAD countries also is an asset now. Hence, diplomatically India is in a comfortable seat and could be a messenger for sobering exercises. A possible line of communication could be handy. (IPA Service)