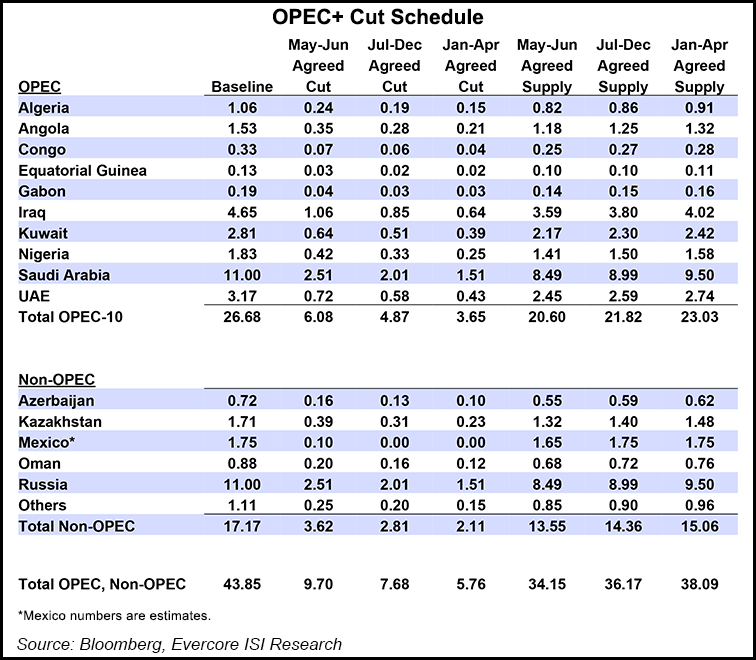 As the global oil markets digest the news about OPEC+ announcement of a 2 million barrels per day of crude output cut, more details emerging from market analysts should calm Indian nerves a bit as the impact may not be as severe as feared.

The Brent price had touched $94 straightaway from $88 as soon as the output cut announcement came, raising the spectre of further hikes in the days to come.

But more in-depth analysis of the situation suggests that the cartel will not be able to deliver on the full headline cut. According to Rystad Energy, the effective cut may not exceed 1.2 million barrels, as 14 out of the 23 member countries, accounting for 39 percent of the group’s production in September, are currently underproducing so that the new quota will not be binding on them.

But equally significantly, the cartel has announced two new non-volume policy shifts, which are expected to have deep impact on the oil market. Firstly, the Declaration of Cooperation was extended until the end of 2023, which means another year of potential sturdy oil price floor amid what OPEC+ describes as ‘uncertain’ global economic outlook and the need for long-term guidance in the oil market. Higher oil prices will inevitably add to the inflation headache that global central banks are fighting, and higher oil prices will factor into the calculus of further increasing interest rates to cool down the economy. This is a concern shared by the oil producers as well as it has a major bearing on demand.

Another important detail is that the 23-member group will only meet every 6 months, signalling that the new target production level of 40.1 will not be tinkered with on a month-to-month basis.

Analysts see OPEC+ going for a strategy of ‘sell more for less’ amid weaker-than-expected demand as recession weighs and as supply ticks up in the US. The announced cuts, even if executed at a 60 percent level, would push inventory draws into bullish territory. So there is scope for a certain moderation in the price increase. Rystad Energy believes that by this Christmas Brent would reach over $100 per barrel and not the $120 levels the price had touched earlier. This should prove to be some consolation for India, which imports 85 percent of its oil requirements.

The news of the 2 million bpd cut had caused worries in India as the relative easing of price had helped the country balance its oil economics to a certain extent. Thanks to the price stability, a virtual freeze in fuel prices has been in force for the past six months, which helped the government manage the run-away inflation to some extent. It also meant that oil companies were narrowing their losses due to enforced holding of prices to oblige the government ahead of crucial elections.

The price freeze meant that the oil firms were booking losses on fuel sales as oil prices rose to a multi-year high of around $120 per barrel during May-June, although the rates had started to ease in August, dropping to January levels last month. If the downward trend continued, oil companies would have made good some of their losses, but the cartel’s decision of output cut made such calculations go awry.

According to estimates, the public sector retailers IOC, BPCL and HPCL had incurred a combined net loss of Rs 18,480 crore in the June quarter alone on account of the freeze in retail prices. But the companies were narrowing their losses in view of the falling international prices. According to industry sources, the loss on diesel had come down to about Rs 5 per litre from a peak of around Rs 30 a litre while the companies started even making a small profit on petrol.

But the OPEC+ output cut has altered the scene completely. The consequent firming up of crude prices in the international market, coupled with the falling value of rupee against dollar, would now mean that the retail losses would widen. So, when the freeze is lifted, which is bound to happen as the elections are over and the inflation is brought to manageable levels, a key concern for the Reserve Bank of India in its monetary policy, the burden will entirely shift to the consumers, who will ultimately pay for any increase in crude prices. (IPA Service)

India Needs A Major Revolution In Healthcare System In Next 25 Years
Posting....