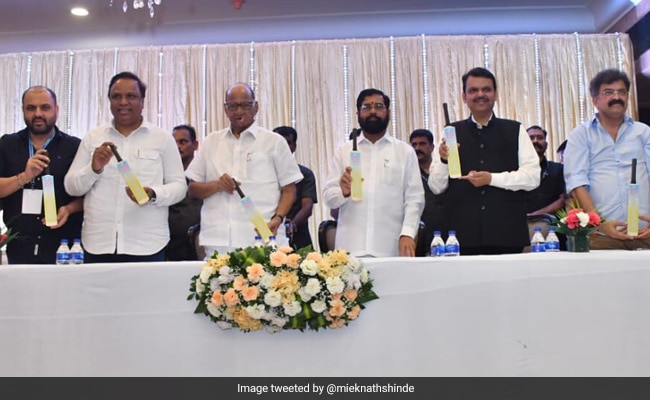 Speaking on the occasion, Shinde said that Pawar sharing the dais with him and BJP leaders may give sleepless nights to some people. Although he did not name anyone, his remark was apparently directed at his predecessor Uddhav Thackeray.

Shinde’s rebellion against the Shiv Sena leadership had led to the collapse of the Thackeray-led Maha Vikas Aghadi (MVA) government – in which Sena shared power with the NCP and Congress – in June this year. Shinde’s revolt with 39 out of the 55 Sena legislators also led to a split in the party.

Polls for the five posts of office-bearers, nine councillors of the MCA, and two representatives for the general council of T-20, Mumbai, are scheduled to be held on October 20. Milind Narvekar, the close aide of Thackeray, and NCP leader Jitendra Awhad are also contesting the election and filed their nominations from the panel formed by Pawar and newly-appointed BCCI treasurer and BJP leader Ashish Shelar.

Shinde was invited for the meeting over dinner.

“Pawar, Fadnavis and Shelar are on the same dais…It may give some people sleepless nights,” CM Shinde said on the occasion.

“But this is not the place to indulge in politics. All of us are fans and supporters of sports; hence we have come together for its development irrespective of our political differences,” he said.

The chief minister also assured that pending issues, including the renewal of land lease of the Wankhede Stadium in the city, and pending dues of the police will soon be addressed by the state government.