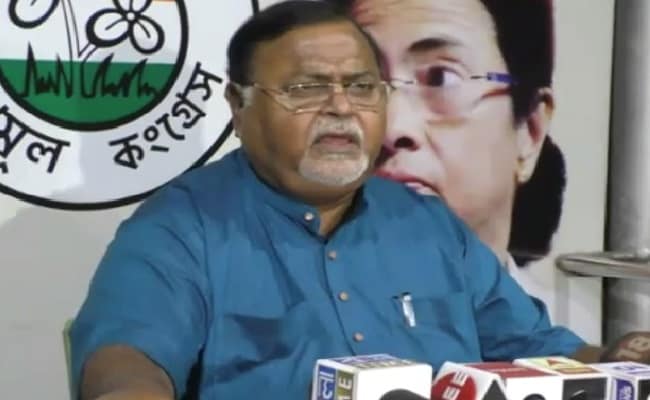 Knowingly or otherwise, Justice Abhijit Ganguly, Calcutta High Court, while expressing his fears over the poor performance of the CBI as an autonomous investigating agency, has strongly revived the dreaded question about the rule of law in West Bengal: has the state ceased to be governable?

Despite the loudest efforts made through the largely manageable mainstream media by pro-Trinamool Congress (TMC) apologists to defend their 11 year long (mis?)rule, anxieties about the future of the state have deepened among the people in recent weeks. A strong indication was available a few days ago, in the first editorial of Kolkata’s highest circulated newspaper: it noted that Bengal, in terms of sheer misgovernance/official mismanagement and lack of public accountability at any level, is currently in a ‘free fall’ into utter chaos and lawlessness! Ruling party leaders not otherwise renowned their tolerance of public criticism, remained silent on this occasion.

Justice Ganguly could not conceal his anguish about the present situation in Bengal. It has been possible for the ruling party to reject the applications of hundreds of meritorious graduates/aspirants for the jobs of teachers in schools year after year. Instead, ill-educated (even barely literate people at times!) people with poor academic record were appointed. These favoured people could secure their official jobs with all facilities and allowances only because they/their relatives/political sponsors could pay TMC leaders at various levels bribes within the Rs 10,00,000 – 25,00,000 range , it has turned out.

Thousands of such beneficiaries — who could/should be apprehended on charges of misrepresentation of facts and criminally offering bribes to various people including ruling party leaders and education department officials — had until the court ordered their instant dismissal, have already drawn hundreds of crores of rupees by way of salaries and allowances over the last 3/4 years. No one knows what kind of ‘teaching’ or other service they provided at various Government–run schools / institutions during this time!

A particularly distressing instance of the kind of education provided in some government-run schools in Bengal occurred recently: a secondary level student asked to spell ‘umbrella’ in English thought the word was spelt ‘Amrela’! Her reply, recently telecast, has gone viral.

The High court intervened in the first instance of corruption last November, as Justice Ganguly ordered the CBI to look into specific allegations. But later it was found that similar massive corruption had occurred also at the School Service Commission recruitments, the Group D employees’ appointments, the official Madrasa appointments — in fact , as CPI(M) leaders Sujan Chakravarty has alleged, at almost every level of appointments made within the Education department of West Bengal.

Since the state Government has understandably maintained a total silence over such scandalous disclosures, wild unsubstantiated reports/rumours about the extent of the corruption have been circulating. Estimates about the number of meritorious/ students/applicants cheated of at least 5/6 years of their lives, condemned to enforced joblessness, range from 30,000 to 50,000. The first reports about the rottenness in the system became public from 2013 onwards.

The role played by the state Education Ministers has been scandalous, to say the least. Most of the current allegations target the portly former Minister currently handling the Industries department, Partha Chatterjee. Repeatedly questioned by the CBI investigators, the heavyweight influential TMC leader could not recall very much about the scores of official orders/papers he had signed, along with other department officials over the years. Senior officials also hauled over the coals by the CBI also resorted to similar bouts of collective amnesia. Even those who said they were ‘acting under orders’ failed to recall who exactly had done the ordering!

There is no reason to believe that matters would now improve since Chatterjee does not handle education any more. During the tenure of the present Minister of state Paresh Adhikary, his own daughter Ankita had been appointed a teacher overruling scores of more meritorious candidates, most of whom remain jobless to the present day. The High Court has not only ordered Ankita’s instant dismissal, she would now have to return the entire salary she had fraudulently earned defrauding the public exchequer.

Adhikary’s senior colleague is Bratya Basu, by all accounts a leading figure in the cultural world of Bengal.. However, as for his political outlook/culture, the less said the better. To quote only one of his recent statements, ’It is natural that during our rule TMC people will get the jobs!’

It also needs stressing that despite their flagrant misdemeanours(Adhikary, for example or even Chatterjee), the ruling TMC government has not taken a single step against them nor against the half dozen senior officials serving at various levels in the Education department! The government has not even begun a routine inquiry, suspending them or issued any show cause notices.

Opposition leaders ranging from the CPI(M) to the BJP find nothing incongruous in such open encouragement of criminal behavior at the highest administrative levels of the TMC Government. ’One must not forget, the present Chief minister Mamata Banerjee has on record described offences like rapes and murders by TMC supporters as acts of childish naughtiness, ‘ says a BJP spokesman.

As Justice Ganguly himself conceded, if even the judiciary failed to restore minimum justice for the common people in Bengal, currently suffering grievously under the present administration on various counts, people really should start worrying. ‘I see no light at the end of the tunnel, as even the CBI has not made much progress in their investigations which I myself had ordered last November… I do not know if the deserving jobless students will ever be officially employed in Bengal,’ he said.

His comments sounded more like an epitaph on the sad fate of a formerly advanced state in India. Amen. (IPA Service)

India Can Emerge As A Big Hub For International Arbitration