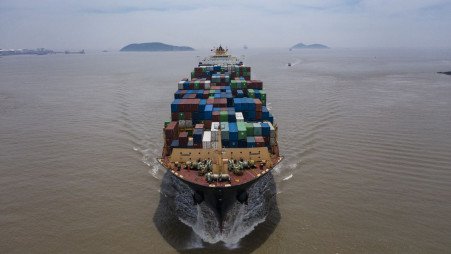 India and Bangladesh have profitably introduced bilateral waterways trafficking of goods/cargo in an effort to better integrate their economies some time ago. However, both countries going forward have learnt that future growth may be negatively impacted by natural factors beyond their control.

Some days ago, Assam Government authorities were alarmed to find that the flow in the giant Brahmaputra river had weakened unusually. The level of water was unnaturally low for this time of year. Normally a depth of about six feet is enough to enable navigation and related activities in the mighty river.

During the dry winter season until the beginning of May, sandbanks and shallows appear on the river bed. Mostly these are only seasonal in nature, their formation aided by siltation and the weaker winter flow. From May onwards, the snows in the upper reaches of the Himalayas start melting and this gradually increases the flow in the rivers which originate in the high Himalayas.

These rivers, including the Brahmaputra and the Ganga/Bhagirathi change their character dramatically during the long monsoon season, as surging waters frequently flow at high tides over the danger mark, causing massive floods in Assam. North Bihar and West Bengal.

Recent reports from Assam suggested that this year the Branmaputra waters had receded by a kilometre or more from the shore making the operations at the ghats almost impossible! Over a fortnight the dispatch and carriage of goods was affected badly, according to Assam-based media accounts. At times goods had to be manually carried from the shore to boats/steamers/barges!

Local authorities reported the matter to the Central Government, wondering whether a major drought was on the cards.  Bilateral traffic also took a hit as two Bangladeshi vessels were stuck at different stretches in the river and had to be towed!

Something like this had never happened before. What added to Assam’s concern was that there was no official explanation for what had happened. There were vague apprehensions expressed in the local press about the possibility of Chinese dam building authorities, who have put up a string of major dams and reservoirs on the upper reaches of the Himalayas, either over-using or diverting some of the river’s water at the very source. Others felt the phenomenon could also be a one-time freaky occurrence caused by general global warming. To date there has been no official explanation as to what might have happened either at the state or the central Government level.

The apparent lack of crucial information has however has generated speculation in some quarters that if such disturbing fluctuations affecting the flow of major rivers continue, the future of bilateral river connectivity/transportation may face major challenges.

Under existing protocol provisions, Chinese authorities inform their counterparts in India and Bangladesh of the state of the weather conditions and related matters in the upper Himalayas if necessary.

It needs stressing that in recent years there has been a marked shortfall in the quantum of pre-monsoon and monsoon rainfall in Assam and some Northeastern states, especially Meghalaya. During this period Cherrapunji has lost its previously unique status as the world’s wettest place. The bulk of the rains shifted to nearby Mawsinram.

The overheating in Assam’s weather in recent years has been palpable. The substantial spring showers have become a thing of the past. As a result, pre-summer temperatures have risen considerably. In turn the unusually warm spring and summer seasons take their toll on the celebrated tea plantations affecting the quality of production. Tea industry circles have attributed such trends to the phenomenon of global warming, but there are other views as well.

In the NE region as a whole, there has occurred some trimming of the hillocks for improved security operations, along with the sale of rocks and boulders to Bangladesh , illegal sand mining etc, in recent years. Legal and illegal tree felling in the Himalayan foothills has led to a major loss of forest cover. In addition there has been a massive spurt in road/highway building as part of a new, large infra sector development programme, not to mention expanding urbanisation and high growth of the young urban population.

Such trends/activities have led to a systematic degradation of the environment in the region. Add to this the increasing pollution of river streams, greater pressure from increasing tourist traffic and the dumping of untreated garbage left at places. Since the Brahmaputra along with the Bhagirathi/Padma rivers are major waterways on which the working of the river traffic system hinges, the situation in downstream Bangladesh in terms of water quality/availability could be worse !

Meanwhile both India and Bangladesh remain committed to increase in a major way bilateral trade and business by improving river navigability and launching major cargo movements along existing waterways. GOI and the Bangladesh Government have agreed to expand inland water transport arrangements with immediate effect between Tripura and Comilla and other adjoining districts.

Tripura and Bangladesh share eight navigable rivers and a few smaller streams. Union Minister for Shipping Mr Sarbananda Sonowal recently announced steps to increase bilateral movement of people and goods among the river Gomati in what was officially described as a the second phase of waterways traffic connectivity/development.

Along with Bangladesh Government and Tripura authorities, officials of the Inland Waterways Authority of India (IWAI), Land Port Authority (LPA) would supervise the construction of new jetties and other facilities on the Gomati. The transporting of goods/cargo by rivers in specialty designed ships/boats is seen as the cheapest and non- polluting option by industry circles in both countries. Taking the river routes, exporters based in the landlocked NE states can send their items to various countries using the Chittagong port facilities only 75 kilometres away — a much nearer outlet than any Indian port !

The two Governments agreed in principle to step up trade business and tourism links by developing existing water resources some years ago. Both India’s LookEast project as well as the Bangladesh-sponsored ambitious BIMSTEC long term regional economic development programme, treat economic linkage/connectivity as an extremely important component of the developmental process.

As of now, large and small cargo of various sizes have already been sent from Kolkata/Haldia ports to Tripura and other states in NE India, by using the waterways running through Bangladesh. The goods sent so far include cement, heavy equipment for power plants, and foodgrains. Bangladesh too, has sent items to Bhutan some time ago using the waterways for part of the way. There are proposals to access Nepal from Bangladesh the same way.

The distance from Agartala to Kolkata is around 650 kilometres by the river route. This contrasts favourably with normal road movement, via the narrow Siliguri corridor, a distance of some 1660 kilometres Developing bilateral river transport would result in major savings in terms of time, cost, pollution control and contribute towards greater significant gains for both producers as well as consumers. (IPA Service)