Saudis Rooting For A Republican Revival 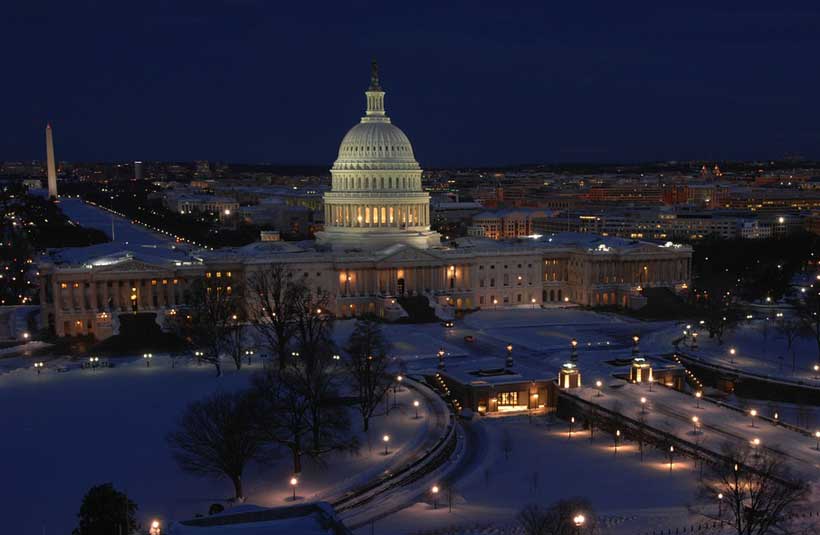 Rather than push for an immediate improvement of strained relations with the United States, Saudi Arabia appears to be looking forward to a time when US President Joe Biden’s wings may be clipped.

The kingdom seems to be betting on a better reception in Washington if Democrats lose control of Congress in this year’s midterm elections and/or Donald J. Trump or a Republican candidate with similar inclinations wins the White House in the 2024 presidential election.

The Saudi approach signals that the kingdom has not given up on the United States, although it has lost faith in Biden because of his attitude towards Crown Prince Mohammed bin Salman and his efforts to revive a nuclear accord with Iran.

The approach further suggests that Saudi Arabia recognizes that neither China nor Russia is able or willing to replace the United States as the kingdom’s security guarantor despite Washington proving in recent years to be an increasingly unreliable partner.

Bin Salman suggested what his thinking may be when he approved a US$2 billion investment by Saudi Arabia’s sovereign wealth fund, the Public Investment Fund (PIF), in a controversial private equity fund against the advice of the PIF’s screening panel. The private equity fund, Affinity Partners, was recently created by Jared Kushner, Trump’s son-in-law and erstwhile advisor, who has maintained a close relationship with the crown prince.

In a slide presentation, Affinity Partners touts the vehicle’s inroads in Saudi Arabia, the Organisation of Oil Exporting Countries (OPEC), and its partners, including Russia, on the back of Mr. Kushner’s years in the White House. Last year, PIF invested US$1 billion in Liberty Strategic Capital, a private equity vehicle established by Steven Mnuchin, Mr. Trump’s erstwhile treasury secretary and a former Wall Street finance executive.

In contrast to Mnuchin’s fund investment, PIF professionals raised objections to taking a stake in Affinity Partners. The Saudi fund’s screening panel cited as reasons not to invest “the inexperience of the Affinity Fund management;” an “unsatisfactory in all aspects” due diligence report; a proposed asset management fee that seemed “excessive;” and “public relations risks.”

Analysts have suggested that Bin Salman, who chairs the PIF, rewarded Kushner for his support on multiple occasions during the Trump presidency.

However, the investment is likely to be not only an expression of appreciation for  Kushner’s past assistance but also an investment in a possible return of Mr. Trump or a Republican of his ilk.

Kushner, according to text messages and court documents published by journalist Vicky Ward, used his position in the Trump administration to help Bin Salman sideline then Crown Prince Mohammed bin Nayef, a darling of the US intelligence and foreign policy community.

In contrast to Trump, who broke with tradition when he made Saudi Arabia the first foreign country he visited after becoming president, and Kushner, who stayed in close touch with Bin Salman despite multiple controversies, Biden has until recently refused to engage with the crown prince because of the 2018 killing of journalist Jamal Khashoggi in the Saudi consulate in Istanbul.

Bin Salman has more recently rebuffed efforts by Biden to discuss oil production with the crown prince in a bid to reduce prices in the wake of the Ukraine war. Asked last month whether Mr. Biden may have misunderstood him, Mr. Bin Salman told an interviewer: “Simply, I do not care.”

Bin Salman, like his United Arab Emirates counterpart, Mohammed bin Zayed, feels that the United States failed to respond robustly to attacks on critical Saudi and Emirati oil and other infrastructure by Iran and/or Iranian-backed Yemeni Houthi rebels.

The two men are also critical of Biden’s efforts to negotiate a revival of the moribund 2015 international agreement that curbed Iran’s nuclear programme without tackling the Islamic republic’s ballistic missiles programme and support for Shiite militias in various Arab countries.

Responding this week to media reports of strains in US relations with the kingdom, the Saudi embassy in Washington insisted that the relationship “is historic and remains strong. There is daily contact between officials on an institutional level, and there is close coordination on issues such as security, investments, and energy.”

To be sure, Trump was far blunter in his refusal to respond to attacks in Iranian-backed attacks in 2019 that targeted some of Saudi Arabia’s critical oil facilities. “That was an attack on Saudi Arabia, and that wasn’t an attack on us,” Trump said at the time, reaffirming by implication that the US had no NATO-style commitment to the kingdom.

However, at the same time, Trump signalled that his attitude toward assisting Saudi Arabia in responding to the attack was transactional. “We would certainly help them,” Trump said. “If we decide to do something, they’ll be very much involved, and that includes payment. And they understand that fully.”

In the absence of alternatives, that may be an approach that Bin Salman feels more comfortable with, particularly given the current mood in Washington and the lack of clearly formulated updated security understandings.

In response, Gulf Cooperation Council (GCC) Assistant Secretary-General Abdel Aziz Aluwaisheg said that “the recalibration that is needed is to revisit the basic components undergirding the long-term US partnership with Saudi Arabia and its GCC allies. The US has played a key role in Gulf security without formal agreements between the parties. A new strategic architecture is needed to update and upgrade existing ad hoc security cooperation.”

Aluwaisheg’s remarks came as Saudi Arabia and the UAE, backed by Israeli lobbying in Washington, pressured the Biden administration to sign a defense pact with Gulf states similar to an accord between the UAE and France.

“I understand the US concerns, but I think Saudi Arabia is a hugely important actor in our part of the world and the Islamic world… And it’s important, in my view – to the extent possible – to fix relations between the US and Saudi Arabia,” said Michael Herzog, Israel’s ambassador to the United States. (IPA Service)