Sangh Parivar Is Bracing For Next Round Of Battle After Ayodhya 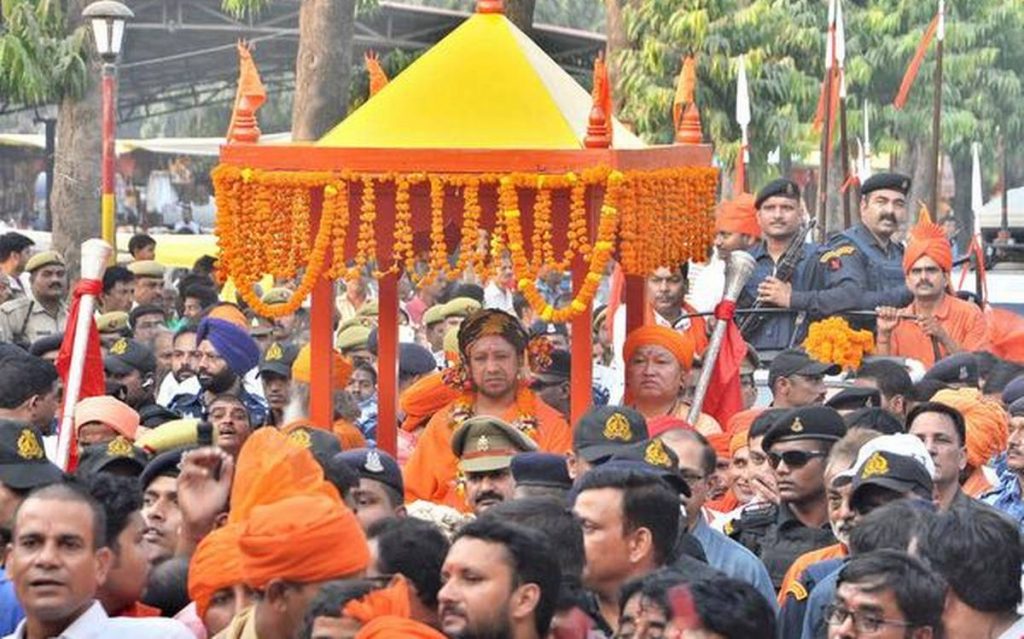 The whole idea and ideal of secularism came decades later, but the day India decided to be a pluralistic society, with Hindu-Muslim-Sikh-Isai, all living under the same sky, that day India ensured it would be a communal cauldron for all times to come. Dr. BR Ambedkar was practical. He wanted to make a clean slate of the Partition—transfer of every Muslim ‘here’ to swap for every Hindu ‘there’, but other sense prevailed and the repercussions are being felt to this day.

Today, there is every day a communal riot in some or the other part of the country, with turf and terrain divided into “Muslim areas” and “Hindu areas.” Increasingly, sizable swathes of the country are becoming no-go zones for a big section of the citizenry, and nobody, not even the government of the day, at the state and central level, can do anything about it.

It is as if one Partition wasn’t enough—a few more here and there wouldn’t look so bad, after all. The other day, a “leader of the minority community” shouted, “Our grandfathers chose to stay back in 1947 because we also have a stake in the Red Fort, and in the Taj Mahal—India is our country. Ye desh hamara hai” Who can argue with that?

Karauli, Khargone, Jahangirpuri, and Jodhpur were all in the making, and coming, after 1947, largely because one part of the population chooses to not behave and look like the other. Preservation of an exclusive identity looks beautiful only up to a point; beyond that, things turn ugly. Jinnah left for good, but he left behind the arguments.

Now, we are saddled with the quest for solutions. Perpetually. And the solutions are evading us, because it is impossible to argue with an argument that led to one Partition, which in turn was also supposed to be the solution! The Hindu-Muslim divide isn’t going anywhere, anytime soon. Saturday, May 7, one of those whose grandfather chose to stay behind tweeted, “We’re on the brink of Civil War”, only to delete it a short while later.

But not before the Washington Post had read it. This Twitter handle writes a column for the WaPo and routinely tags @JoeBiden, and @KamalaHarris to her tweets. She herself must have got an inkling of the “brink” from Asaduddin Owaisi who had tweeted of a likely ‘Khoon Ki Bath’ if Gyanvapi is forced to go the Ayodhya way. And from all available indications, things at Gyanvapi are heading the Ayodhya way.

The court-ordered videography of the innards of Varanasi’s Gyanvapi mosque is being resisted. “We won’t take orders from the court” is the refrain. The itch to discover what all Gyanvapi is covering up behind its impregnable iron gates is irresistible. The resistance to any intrusion is equally stubborn and unrelenting.

A special exemption was made for the Ram Janmabhoomi-Babri Masjid dispute. The fear is that the BJP/RSS equates Ayodhya, Kashi (Varanasi) and Mathura, as a matter of faith for Hindus. And the Hindutva-isation of Bharat depends on grand temples at these “holy sites” of the Hindus. Mohan Bhagwat’s Bharat wouldn’t be “akhand” without the Hindutva-isation of these three.

The Hindu religion, it   seems from the behaviour of Sangh Parivar is built around Mathura, Ayodhya and Kashi-Varanasi. Ayodhya is accomplished, Gyanvapi is a work in progress, and then it will be the turn of Mathura. So in the days to come, tensions around the Gyanvapi Masjid-Kashi Vishwanath Temple Complex in Varanasi are only bound to rise.

These are all remains of the half-hearted Partition, which divided British India into two but failed to consolidate the India left into a single people. The subsequent Hindu-Muslim divide was a fait accompli considering that the first chance the Hindus, and the Muslims got to live together as a democratic nation continues to be squandered. The tragedy is, we were split, and yet failed to make a clean slate of it. (IPA Service)