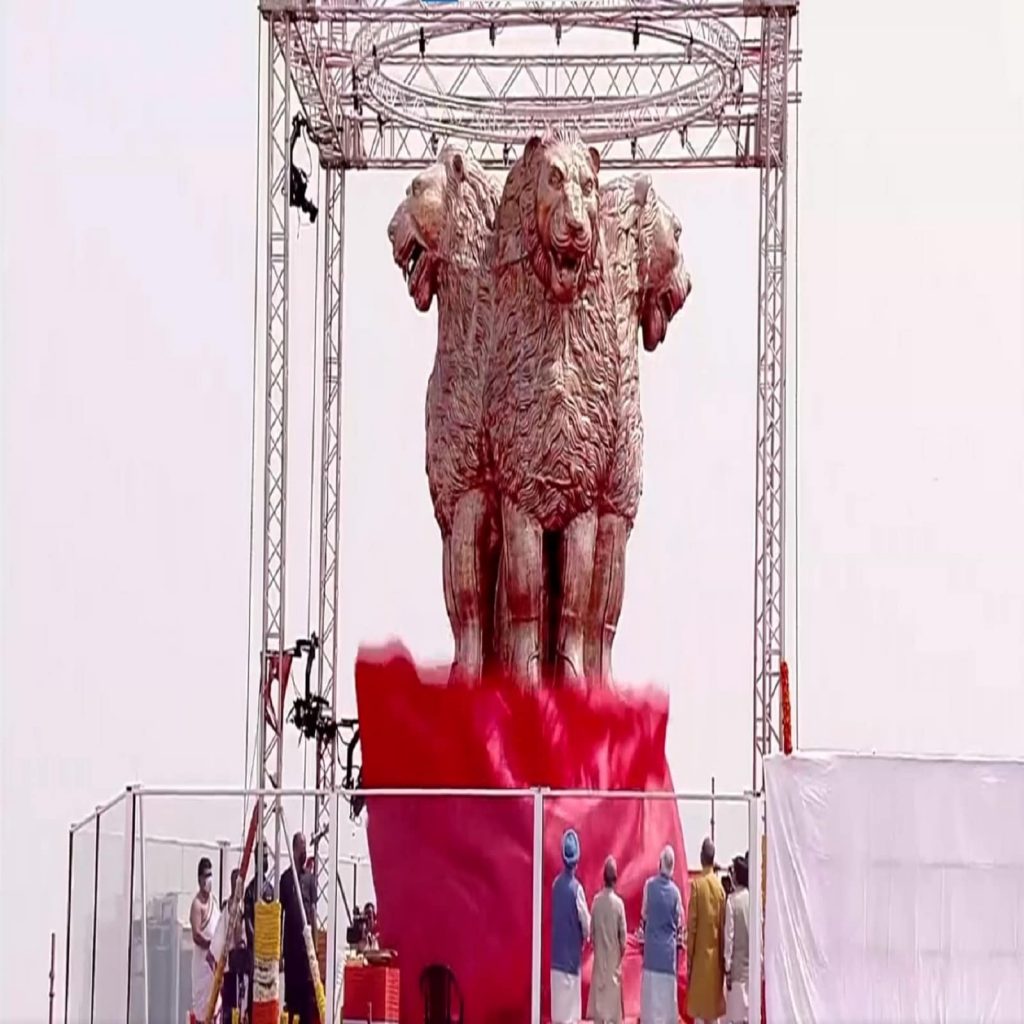 The BJP Monday termed politically motivated the Opposition’s criticism of Prime Minister Narendra Modi unveiling a cast of the national emblem atop the new Parliament building.

Opposition parties such as the Congress, CPI(M) and AIMIM have criticised the inauguration by Modi, saying this was a “violation” of the Constitution which envisages separation of power between the Executive and the Legislature.

Modi unveiled the national emblem cast on the roof of the new Parliament building and also attended a religious ceremony at the site. “It is unfortunate that the opposition parties have come out with another set of unfounded allegations, which smacks of their political motive,” BJP chief spokesperson and national media in-charge Anil Baluni said.

This morning, I had the honour of unveiling the National Emblem cast on the roof of the new Parliament. pic.twitter.com/T49dOLRRg1

Once the construction work is complete, the building will be handed over to the parliament administration, he said.
“Opposition parties questioning the unveiling ceremony should understand the administrative process. Right from parliament’s design to funds and constructions supervision, entire work comes under the ambit of the urban development ministry,” he said. ‘Even the foundation laying was done by the prime minister,’ Baluni added.