Remembering Karl Marx And His Teachings On His 204th Birth Anniversary 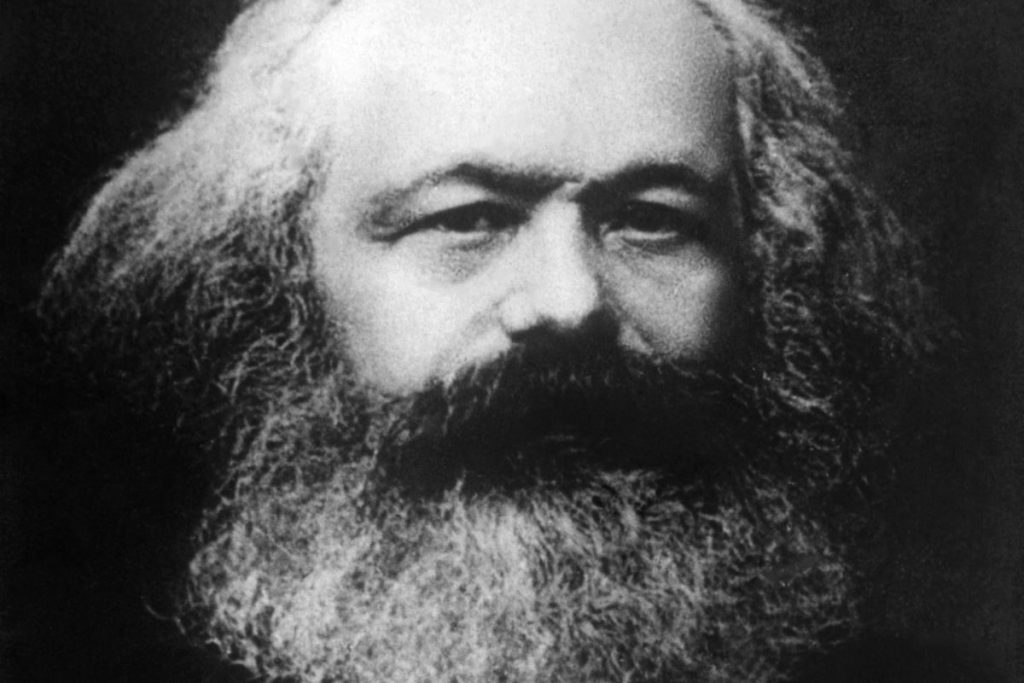 Constructing the future and settling everything for all times are not our affair… (what) we have to accomplish at present (is) ruthless criticism of all that exists, ruthless both in the sense of not being afraid of the results it arrives at and in the sense of being just as little afraid of conflict with the powers that be. This slightly paraphrased sentence is quoted from a letter a 25-year-old young man had written to a friend way back in 1843. The young man had lived for another forty years and he lived precisely by this maxim, applying it to not just the external world around him, but also to his own ideas as he set about analysing the world and changing it.

History continues to remember the young man as Karl Marx, the ruthless critic of capitalism and brilliant visionary of an egalitarian and libertarian social future described commonly as communist or socialist. For his views and activities he indeed incurred the wrath of several European states of his time and while London gave him refuge for the latter half of his life, he was never granted British citizenship for his revolutionary track record. Born German, he died stateless.

Marx had made the British Museum library in London his laboratory for his epoch-making research on capital. Britain then was the most advanced capitalist country, the home of industrial revolution and also the biggest colonial power. Capital could not have grown without colonial plunder. In Marx’s words, “If money, according to [Marie] Augier, ‘comes into the world with a congenital blood-stain on one cheek,’ capital comes dripping from head to foot, from every pore, with blood and dirt”. No wonder, Marx’s battle against capital grew intertwined with the growing worldwide battle for freedom from colonialism.

The Communist Manifesto written in early 1848 pulsated with the hope of an immediate revolution in Europe. But that did not happen, and capital consolidated its rule by crushing the 1848 revolution. Marx focused on the study of capital and establishing ties of unity among the incipient waves of working class struggle on one hand and anti-colonial uprisings on the other. In the 1850s, Marx used to write for the American journal New York Herald Tribune as its London-based European correspondent. The hypocrisy and barbaric plunder and torture of British colonialism in India used to figure prominently in his despatches.

In the summer of 1853, before the outbreak of Adivasi revolts in India, Marx brought up the agenda of the Indian people throwing off the yoke of British colonialism. In the wake of the outbreak of the great revolt of 1857, when the European discourse revolved around the alleged anti-English ‘racist barbarity’ of Indian soldiers, Marx and Engels greeted the revolt as an emerging platform of united anti-colonial resistance of the Indian people. In 1858, in a letter to Engels, Marx described India ‘as our best ally’ (in the battle against the twin enemy of British capitalism and colonialism). It was not easy for Marx and Engels to gather real-time information from India in those days, but readers will clearly see that their sympathies lay entirely with the Indian fighters. The mischief and malice with which RSS ideologues and propagandists bracket Marx with Macaulay to present him as an apologist of British rule in India must be thoroughly exposed and condemned.

Marx began his journey with the communist dream and his analysis of history gave him the confidence that this was an achievable dream. But beyond this innate confidence in the forward motion of history and the power of the people to write their own history, Marx was not bothered about predicting, let alone designing, a perfect future. For him the battle was always to be waged here and now, and one could therefore only rely on the historically given situation and available materials. The dream of 1848 revolution, for which the Communist Manifesto was commissioned and written, was never fulfilled. The event that most powerfully reignited that dream in Marx’s lifetime was the Paris Commune of 1871. But it too folded up after seventy-one days. The Soviet Union which emerged as the first definitive socialist model in early 20th Century too collapsed and disappeared after seven decades.

If 20th Century socialism has failed to live up to its promises, how is capitalism faring today? In Marx’s time, capital had a close relationship with production and circulation of goods and services which was a prerequisite for realisation of profit. search for profit had to proceed through production. The accumulation of capital, howsoever plunderous and primitive, had to ensure the social reproduction of labour, if only at the level of bare subsistence.

Today capital is threatening to become increasingly delinked from any engagement with production, and driven as they are by increasing application of automation and artificial intelligence, production processes are threatening to render large sections of people superfluous or dispensable. And authoritarianism is threatening to dislodge democracy from being the standard political form of capitalism. The gentleman who cheered about the ‘end of history’ after the collapse of the Soviet Union is complaining about the ‘end of end of history’ after Russia’s invasion of Ukraine.

In short, capitalism today is encountering its deepest crisis rooted in an unsustainable present and starting at an uncertain future in a Covid-ravaged climate-endangered chaotic world. Rather than feeling demoralised about the ‘crisis of socialism’, can socialists fight back harder to overcome the teething troubles of socialism to build a humane alternative to the sufferings being inflicted by the capitalist behemoth? Socialism in the 21st Century must mean superior democracy and more comprehensive negation of capitalism and a more engaging conversation with nature as Marx had suggested. That is the challenge that should drive today’s generation of Marxists. (IPA Service)

The writer is the   general secretary of CPI(M-L) Liberation.