Religious freedom is not right to convert, Gujarat in SC 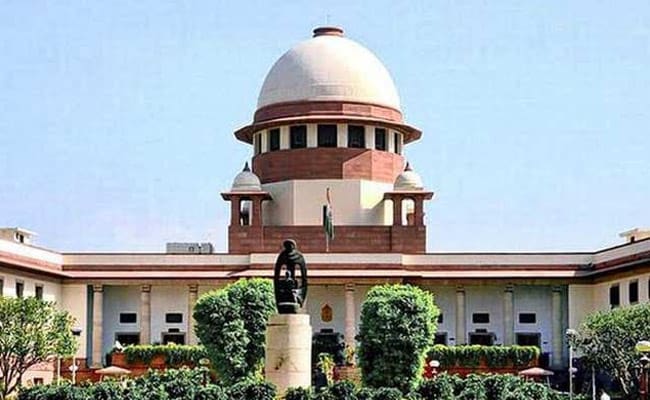 The Gujarat government has told the Supreme Court that freedom of religion does not include the right to convert others, and requested the top court to vacate a High Court stay on the provision of a state law that mandates prior permission of the district magistrate for conversion through marriage.

The Gujarat High Court had through its orders dated August 19 and August 26, 2021 had stayed the operation of section 5 of the state government’s Freedom of Religion Act of 2003.

In its affidavit submitted in response to a PIL by advocate Ashwini Upadhyay, the state government said it has filed an application seeking the HC stay be revoked so that the provisions to prohibit religious conversions in Gujarat by force, allurement, or fraudulent means be implemented. “It is submitted that the right to freedom of religion does not include a fundamental right to convert other people to a particular religion. The said right certainly does not include the right to convert an individual through fraud, deception, coercion, allurement or other such means,” it said.

The state government said the meaning and purport of the word ‘propagate’ in Article 25 of the Constitution was debated in great detail in the constituent assembly, and its inclusion was passed only after the clarification that the fundamental right under Article 25 would not include the right to convert.

This Court had held that fraudulent or induced conversion impinges upon the right to freedom of conscience of an individual apart from hampering public order and, therefore, the State was well within its power to regulate/restrict the same.

“It is, therefore, submitted that the enactments like Gujarat Freedom of Religion Act, 2003, which seeks to control and curb the menace of organized, sophisticated large scale illegal conversions in the State of Gujarat have been upheld to be valid by this Court,” the state government said.

It added that the High Court while passing the orders had failed to appreciate that by staying the operation of section 5 of the Act of 2003, the whole purpose of the Act effectively stands frustrated.

“It is humbly submitted that the Act of 2003 is a validly constituted legislation and more particularly the provision of section 5 of the Act of 2003, which is holding the field since last 18 years and thus, a valid provision of law so as to achieve the objective of the Act of 2003 and to maintain the public order within the State of Gujarat by protecting the cherished rights of vulnerable sections of the society including women and economically and socially backward classes,” it said.

The state government said the appeal against the orders of the High Court also primarily pertains to the issue of religious conversions by force, allurement, or fraudulent means as is PIL filed by Upadhyay.

It said the High Court vide the impugned interim orders has stayed the operation of Section 5 of the Act of 2003, which is in fact “an enabling provision enabling a person” to get converted from one religion to another religion on his own volition.

It said, “At the same time, the exercise of taking prior permission also obviates the forcible conversion and protects the freedom of conscience guaranteed to all the citizens of the Country.” It is submitted that the steps stipulated in Section 5 are the precautions to ensure the process of renouncing one religion and adopting another is genuine, voluntary and bona fide and free from any force, allurement and fraudulent means.

On November 14, the top court had said that forced religious conversion may pose a danger to national security and impinges on religious freedom of citizens. It had asked the Centre to step in and make sincere efforts to tackle the “very serious” issue.

The court had warned a “very difficult situation” will emerge if proselytisation through deception, allurement and intimidation is not stopped.